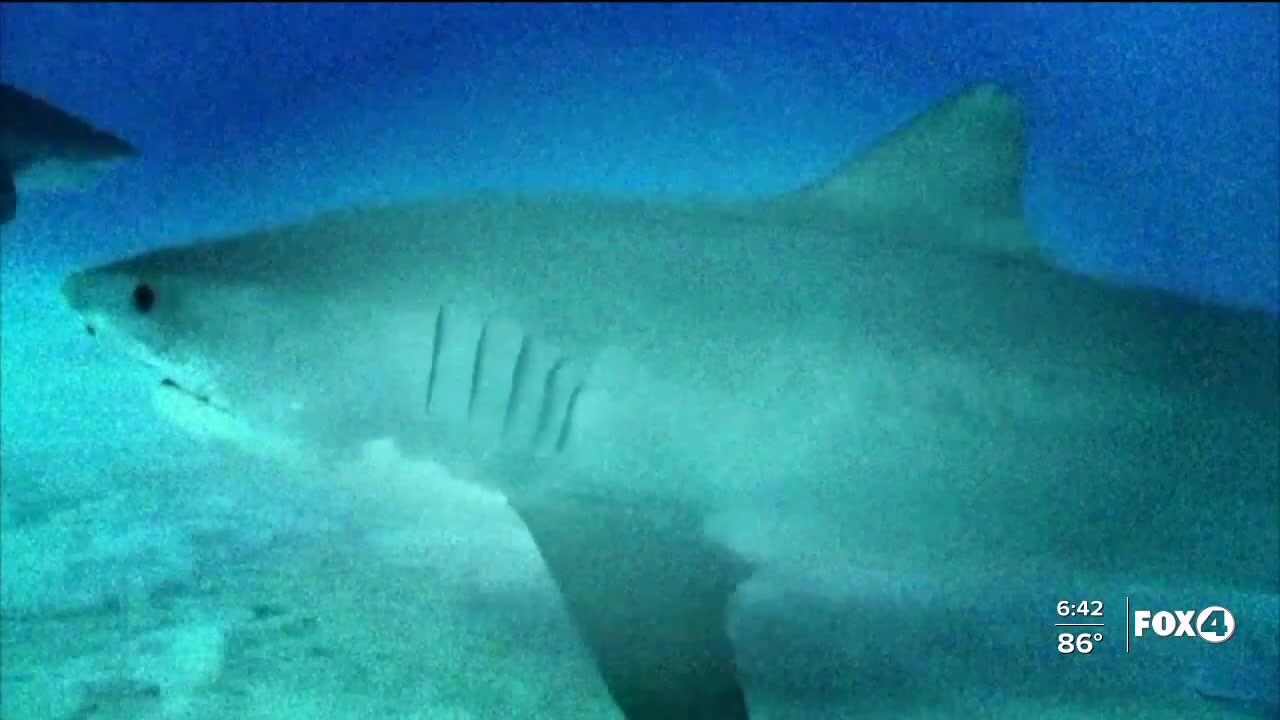 The Sanibel-Captiva Conservation Foundation is launching the campaign to raise awareness and improve education on the importance of our local sharks.

SANIBEL, Fla. — Shark Week is in full swing, and The Sanibel-Captiva Conservation Foundation (SCCF) is looking to dismantle shark misconceptions and raise awareness of the impact sharks have on our ecosystem.

"We want to make sure there are sharks for today, tomorrow, and ten years down the road, and forever," said Sanibel-Captiva Conservation Foundation CEO, Ryan Orgera.

Over the last century, large coastal shark populations have been declining.

To keep our shark populations healthy, and to better understand them, SCCF launched its shark conservation campaign this week.

"Part of our goal is to make sure that people are engaged, they understand that sharks are not just beasts we should concur, but really are integral parts of the food web," said Orgera.

Sharks are the top predators of the sea, often feared by people, but researchers say there are many misconceptions when it comes to these marine animals.

"Our fear of sharks is not statistically founded, two people in 2019 died from shark attacks, it is one of the rarest ways to die on the planet," said Orgera.

Orgera says over 63 million sharks are killed each year globally, and as the population of sharks becomes affected — it can create an imbalance in the ocean.

"Because most sharks as apex predators, they help keep balance at the grouper level, at the next fish down, all the way down to crabs and small critters," said Orgera.

"You should never put a shark on the beach — if you're fishing from the shore — a shark cannot rest on its stomach because it's resting on its vital organs, it doesn't have a ribcage as we do," said Orgera.

Other practices include: minimizing fighting time to increase the shark's chances of survival and only using non-offset, carbon circle hooks.

"They really are so important to everything, from the seafood industry to the ecology, we're scared of something that doesn't deserve as much fear as we assign to it," said Orgera.

Prohibited species must always remain in the water; this includes when removing the hook and releasing the shark.

"Sharks are incredibly fragile," said Orgera. "I want people to appreciate sharks for more than just these scary creatures."

Through this campaign, Orgera is hoping fear and misinformation are replaced with education and protection.

The Sanibel-Captiva Conservation Foundation says there have only been eight documented shark incidents since the 1950s in Sanibel — zero resulting in death.