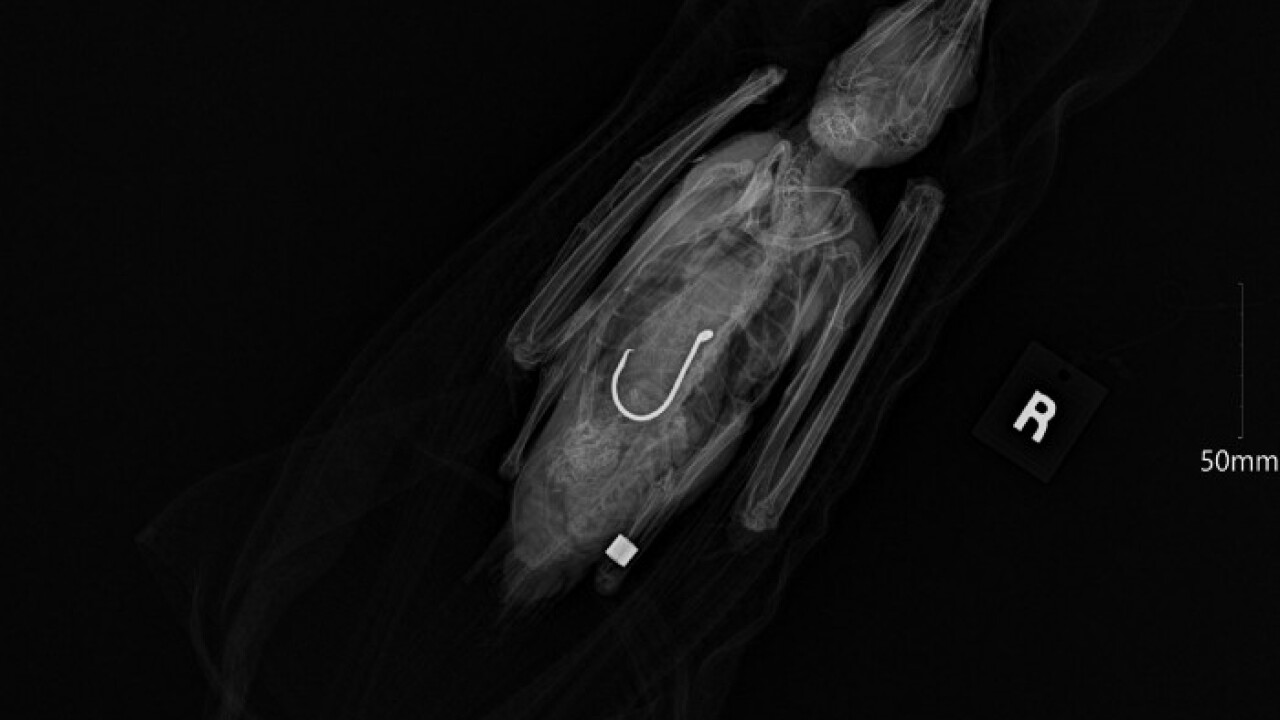 Wildlife officials say a royal tern entangled in fishing line died before surgery could be performed.

The Conservancy of Southwest Florida says the royal tern is among 51 animals admitted this past week. Officials say the royal tern was brought to the hospital by a Collier County staffer.

The bird was found entangled in fishing line at Barefoot Beach Preserve. Officials performed an exam and found the bird had ingested a large fish, and fish hook.

The bird was placed in the intensive care unit to rest. Officials were planning to perform surgery once the fish had been digested, but the bird passed away.

The tern also had a band on its leg indicating it was part of the United States Geological Survey research project. Officials say banding is used to study the movement and behavior of birds. Wildlife officials in Southwest Florida reported to the death of the bird to biologists conducting the research project.