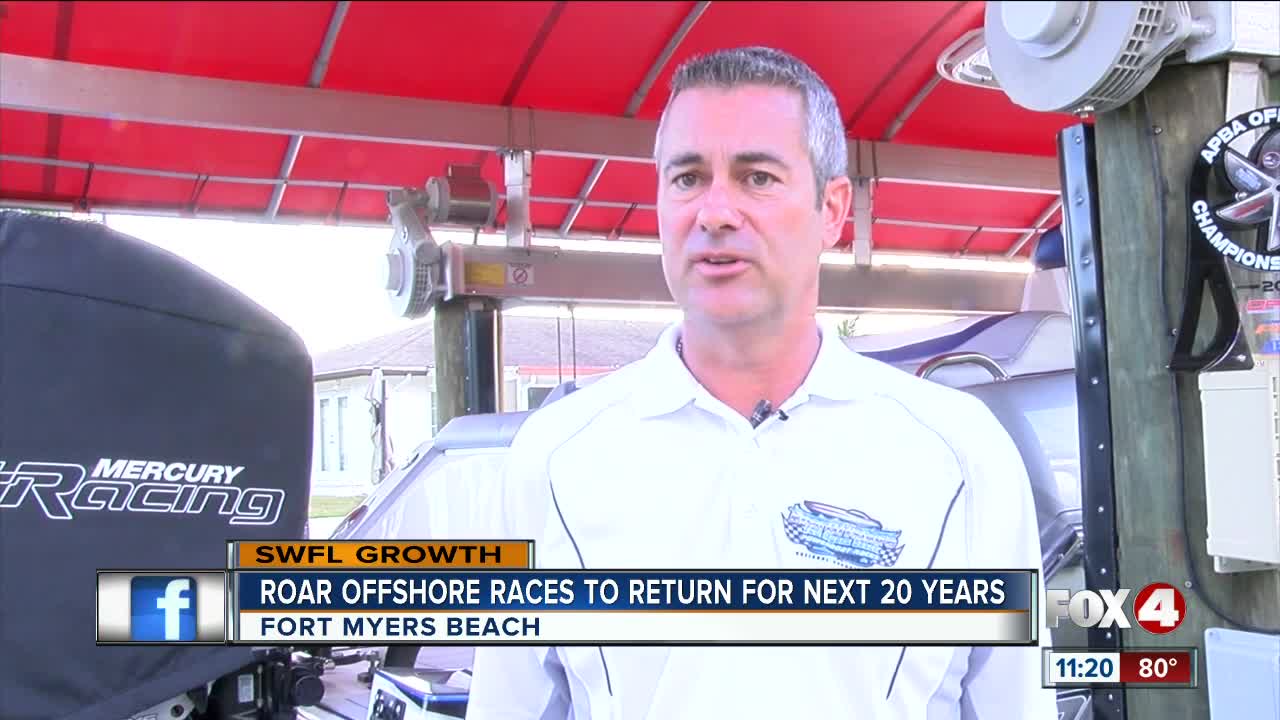 After a successful weekend, Roar OffShore extends their contract with the island.

The racing organization has decided to extend their contract with fort Myers beach for the next 20 years!

The event attracted people from all over the world to Fort Myers Beach, during a time of year that is typically slow for local hotels and restaurants. The owner of The Dog House says he sold tons of hot dogs to fans.

"We were so busy and I didn’t even really have time to look up,” said Adam Clark.

The owner of Shucker's at the Gulfshore and The Cottage Bar told Fox 4 that there was an astounding number of customers this past weekend.

“We did have a record day last saturday, ” said Carlos Morales.

The event's organizers were even surprised by the turn out, president of Roar Offshore says

“A first year event of this magnitude went better than expected. The crowds were phenomenal, the local sponsors and businesses were packed, everybody had a great time, ” said Hill.

Roar Offshore originally signed a 5 year contact to hold the races on Fort Myers Beach, but after this weekend they decided to re-visit the contract with the Offshore Boating Association (OPI).

“Yesterday we sat down with the president of OPI, and he said I want you guys to have this race forever, ” said Tim Hill.

The contract now calls for the races to be held on the island for the next 20 years.

People in the community tell Fox 4 that after this weekend, they are looking forward to the races year after year!