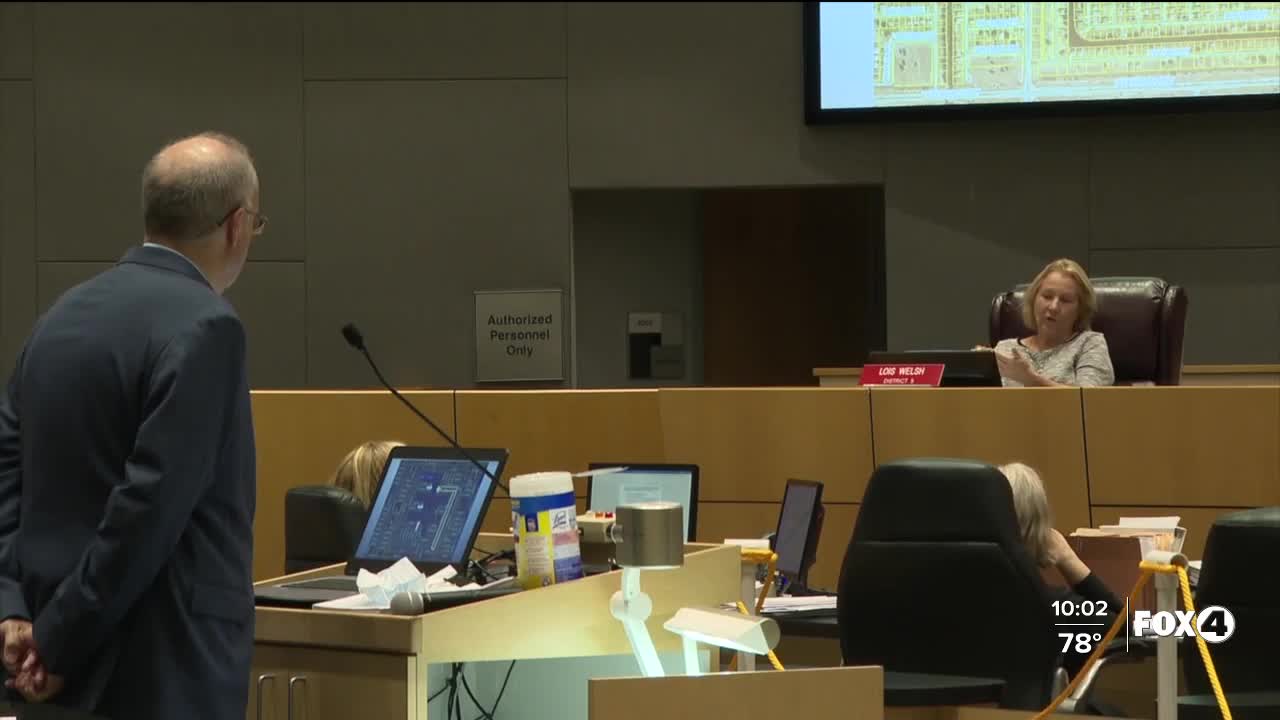 The city of Cape Coral is working to control algal blooms in several canals and they think recycled water and a local golf course may be linked to the problem.

CAPE CORAL, FLA — Two cape coral canals, the Makai and Highlander, were under the microscope Monday, after algal blooms that are worse than usual.

The city still isn't sure why the problem is so bad, but to help fix it in the meantime barriers have been put up in the water and they're also spreading a special clay.

"And the clay bonds with the algae and sinks it to the bottom. It helps expedite the natural process," said the city's Public Works leader Paul Clinghan.

The city also says one local golf course may also be a key to cutting down on the bloom.

"It's a closed system if they don't bring water in," said councilwoman Lois Welsh.

They say the Palmetto Pine golf course pumps water from one of the canals to fill it's ponds and water its grass, but then that water and any fertilizer used on that grass runs right back into the canal when it rains.

The city is concerned that if they clean the canals without addressing this, the blooms will continue.

"So it's all tied together," said Clinghan.

As far as long term solutions are concerned, the city hasn't settled on what it will do. The council discussed working with the golf course to see if they can pull water from a different canal, but that would require permission from the local water district and there's no telling how long that would take.

In the meantime, a professor who studies marine life at FGCU says the golf course can help by cutting down on its fertilizer use and by doing this.

"If we have maybe treatment wetlands. So that would be areas like the ponds on the golf course. If we allow more plants to grow in them those plants can soak up some of the fertilizer before it reaches the water," said James Douglass.

The city council is expecting an update on what the golf course is doing to fix the issue by the next council meeting on September 14.