Record number of manatees killed by boats in Florida in 2019 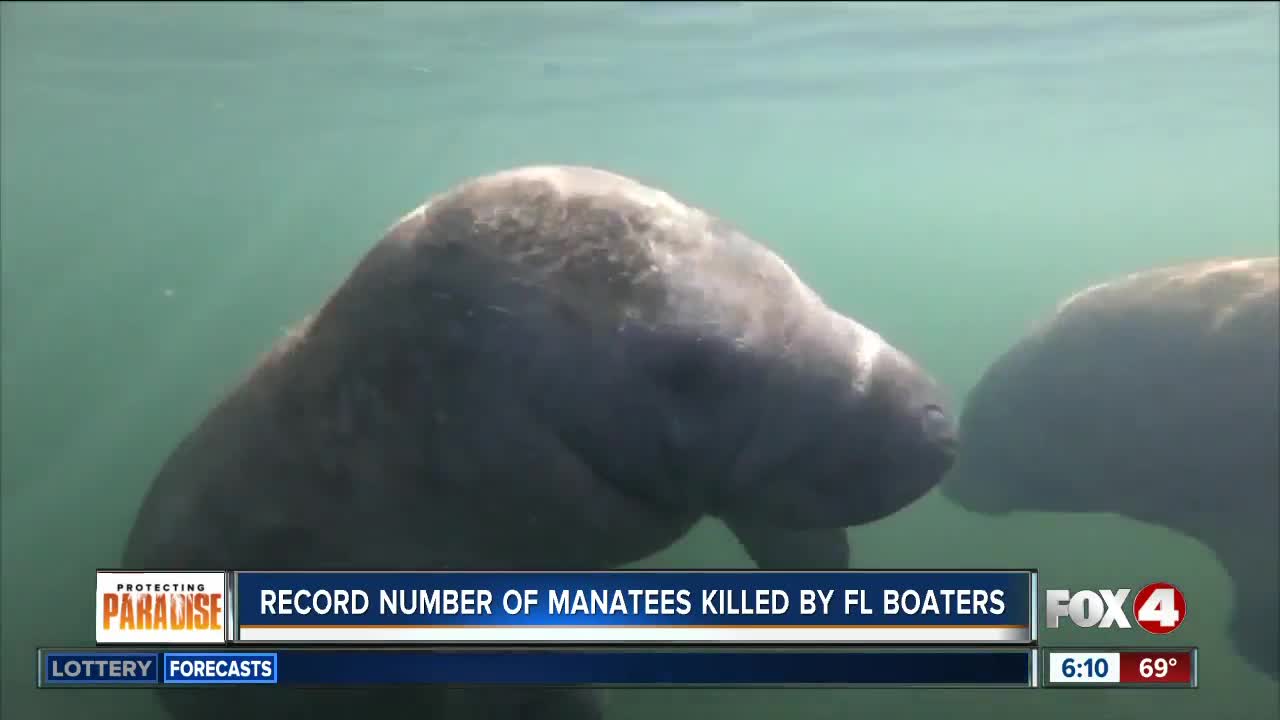 Florida boaters broke a record this year, killing more manatees in 2019 than in past years, according to wildlife officials.

LEE COUNTY, Fla. -- Florida boaters broke a record this year, killing more manatees in 2019 than in past years, according to wildlife officials.

Boaters hit and killed 129 manatees so far this year. That tops the previous record of 125 deaths last year. The five year average was 95 boat-related manatee deaths, according to preliminary data from the Florida Fish and Wildlife Conservation Commission.

The leading cause of death last year for manatees was natural causes, which killed 230.

Boating advocates have pushed back against go-slow speed zones, arguing the reason more are dying may be because there isn't enough seagrass to feed them.