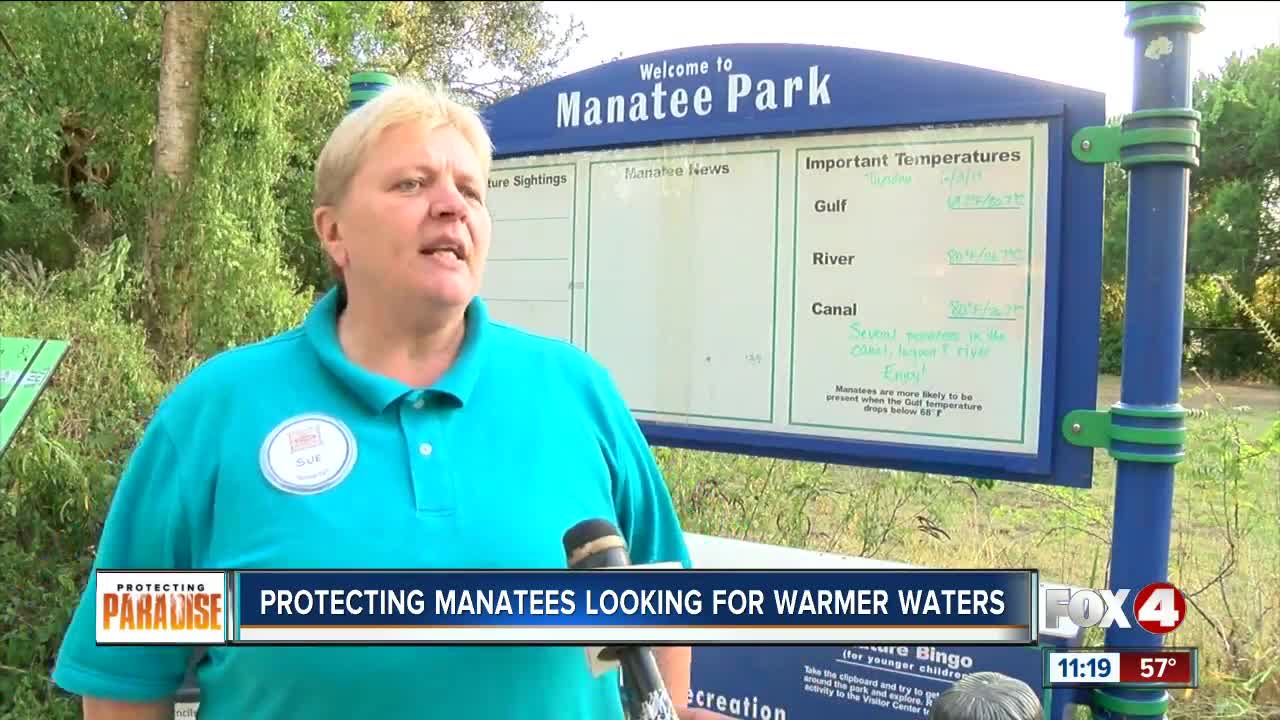 An expert at Manatee Park says you may be seeing far more of these animals from now until April. “As the Gulf of Mexico gets to colder temperatures which are sixty-eight and below is their magic number it brings them into our warmer waters,” says Sue Nelson.

Nelson says that discharge from the Fort Myers power plant near the park keeps the water at a perfect temperature for manatees during the winter months.

“The state of Florida has kept them warming our waters for their safe return every year, this is their winter home,” said Sue Nelson.

As temperatures drop, the manatees swim towards waters near power plants.

“About since midway November we’ve had sightings almost every day, ” says Nelson.

People at the park told Fox 4 that today’s experience was like none other.

“Well we’ve been here once before and we’ve never seen as many as we did today, it was very exciting, ” says Nancy Guille.

Manatees are a threatened species. The Florida Fish and Wildlife Conservation Commission says that it’s always important to stay vigilant when boating in shallow waters.

“We recommend people in boats and personal watercraft to remain at slow speeds and avoid manatees particularly in shallow areas when they're trying to get warm, ” says Michelle Kerr.

During this time of year, manatees may experience cold stress. If they do not seek refuge in warmer water, this may cause slow movements or for them to stay at the surface for extended periods of time.

Call the Florida Fish and Wildlife conservation if you see a manatee in distress.