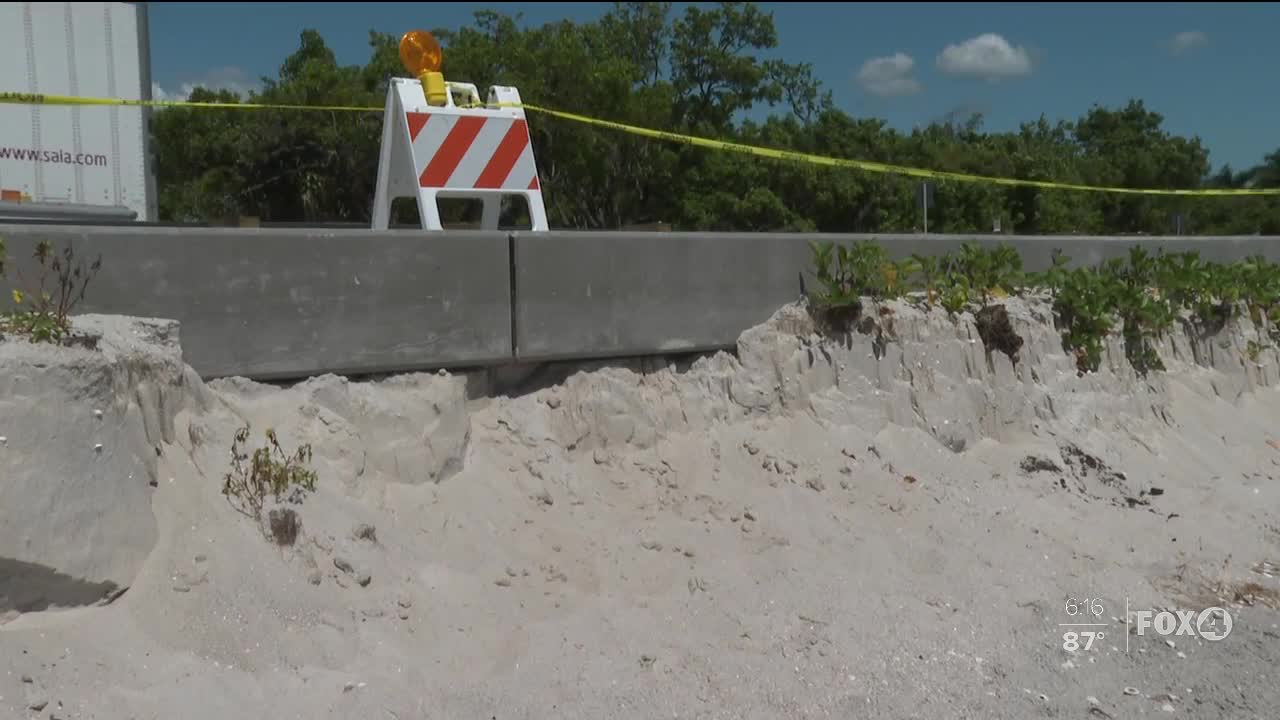 Sanibel Island recently completed a project to protect a vital roadway from erosion, but is it ready to within upcoming storms?

SANIBEL, Fla. — Sanibel Island officials are keeping a close eye on the possibility of Tropical Storm Isaias affecting the island.

Sanibel Island recently completed a project to protect a vital roadway from erosion, but is it ready to withstand upcoming storms?

"This is an area of critical erosion that we've been dealing with for decades now," said James Evans, Director of Natural Resources for the City of Sanibel.

The 1.4 million protection project was completed in June along a stretch of Sanibel Captiva Road.

"The idea was to build a protective wall and a revetment, which is a rock structure, and replace the sand that had been lost along with some dune plants," said Evans.

However, Evans says, there has been some sand recovery over the last week.

"These beaches are very dynamic systems, and we expect those systems to change," said Evans.

But now there's another threat — the possibility of Tropical Storm Isaias affecting the island.

"With these storm events, we do get wind, and we can get some wave action along the shorelines, so we're continuing to follow it very closely," said Evans.

But Evans remains confident the project will within stand upcoming storms.

"It's a fifty-year project protection of the roadway, we feel very confident that the road itself and evacuation route is protected," said Evans.