Pelican rescued at CROW after fish caught in throat; anglers urged to properly dispose of carcasses 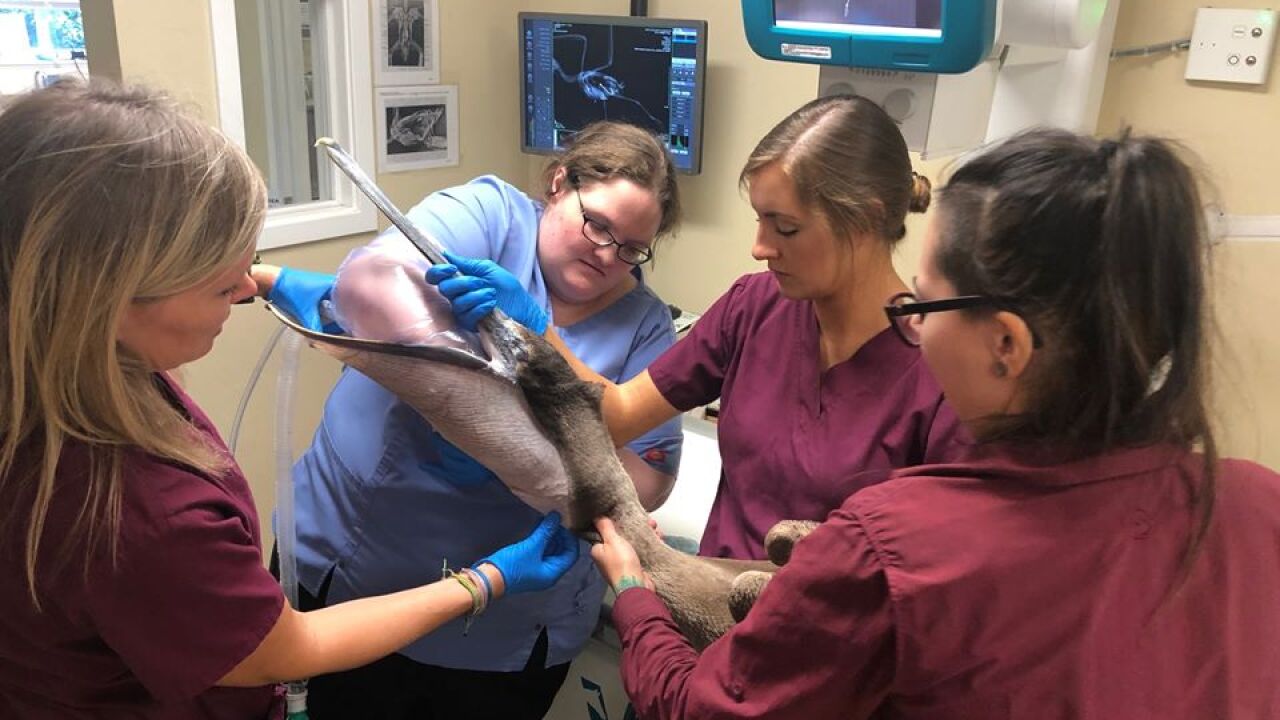 CROW - Clinic for the Rehabilitation of Wildlife, Inc.

SANIBEL, Fla. -- A Southwest Florida wildlife rescue is reminding anglers to be mindful of disposing of fish carcasses that could cause issues for other wildlife.

The Clinic for the Rehabilitation of Widlife (CROW) in Sanibel says a brown pelican was admitted to their clinic on New Years Eve with a fish carcass in its throat.

They say veterinarians were able to successfully remove a filleted sheepshead from the bird's throat. The bird was released 24 hours later.

They say this is a reminder of the dangers of feeding pelicans at the fish cleaning table. The birds often get conditioned to expecting free handouts and that can lead to birds attempting to eat fish larger than they can take in.

CROW urges anglers to always dispose of filleted fish carcasses in lidded trash receptacles or bag the carcasses and dispose of them in your trash can at home.