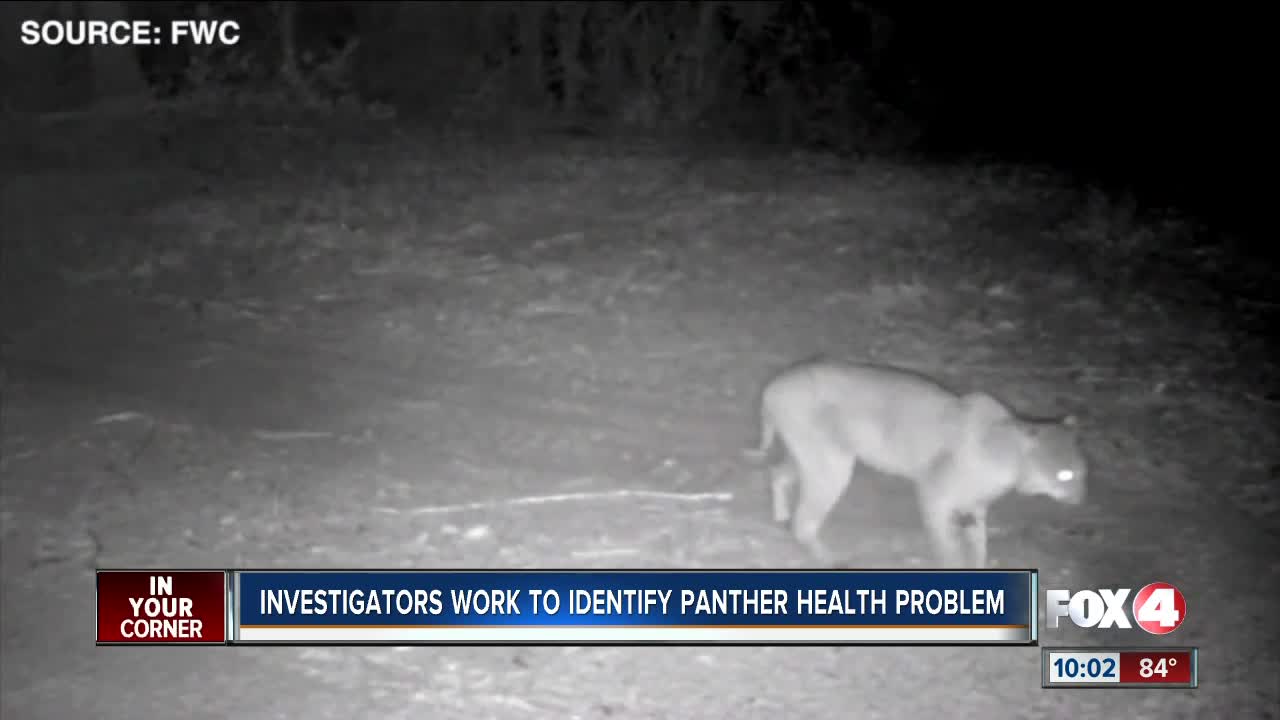 After seeing video released this week by the Florida Fish and Wildlife Conservation Commission - from trail cameras showing several panthers having trouble using their hind legs - a Collier County-based veterinary neurologist has consulted with FWC to try narrow down the mystery affliction.

COLLIER COUNTY, Fla. — Some Florida panthers are having trouble using their hind legs, as shown in recent video from trail cameras released by the Florida Fish and Wildlife Conservation Commission. A Collier County-based veterinary neurologist has consulted with FWC to try to narrow down the mystery affliction.

"What they're exhibiting is a problem within the spinal cord," said Dr. Michelle Carnes, who practices in North Naples.

Carnes, who has been in contact with FWC experts, said that distemper has been ruled out as one of the possible causes.

"It's probably more likely to be a nutritional problem, or a toxic problem located within the environment," she said.

Toxins in the panthers' habitat has also been a concern raised by Larry Brand, an ecology professor with the University of Miami. He speculated the panthers may be drinking from bodies of water impacted by blue-green algae.

"Some of the toxins produced by blue-green algae do cause neurological problems," Brand said.

Pesticides and mercury poisoning are other possibilities.

Carnes said that the panthers are not likely to be suffering from any kind of infectious disease. She said it's also probably not related to any similar afflictions that affect domestic cats and dogs.

"Quite the contrary - we do not think there's any correlation between the two subsets of animals," Carnes said.

Wildlife experts estimate that there may be fewer than 200 Florida panthers left in the wild. And while it may be tough to see the endangered cats having a hard time walking, Carnes said that without the trail cameras, the problem might not have even been noticed.

"It's very helpful to have that information and be able to hopefully correct the problem, if possible, to help this endangered species," she said.

At least one bobcat has also been observed with the disorder.