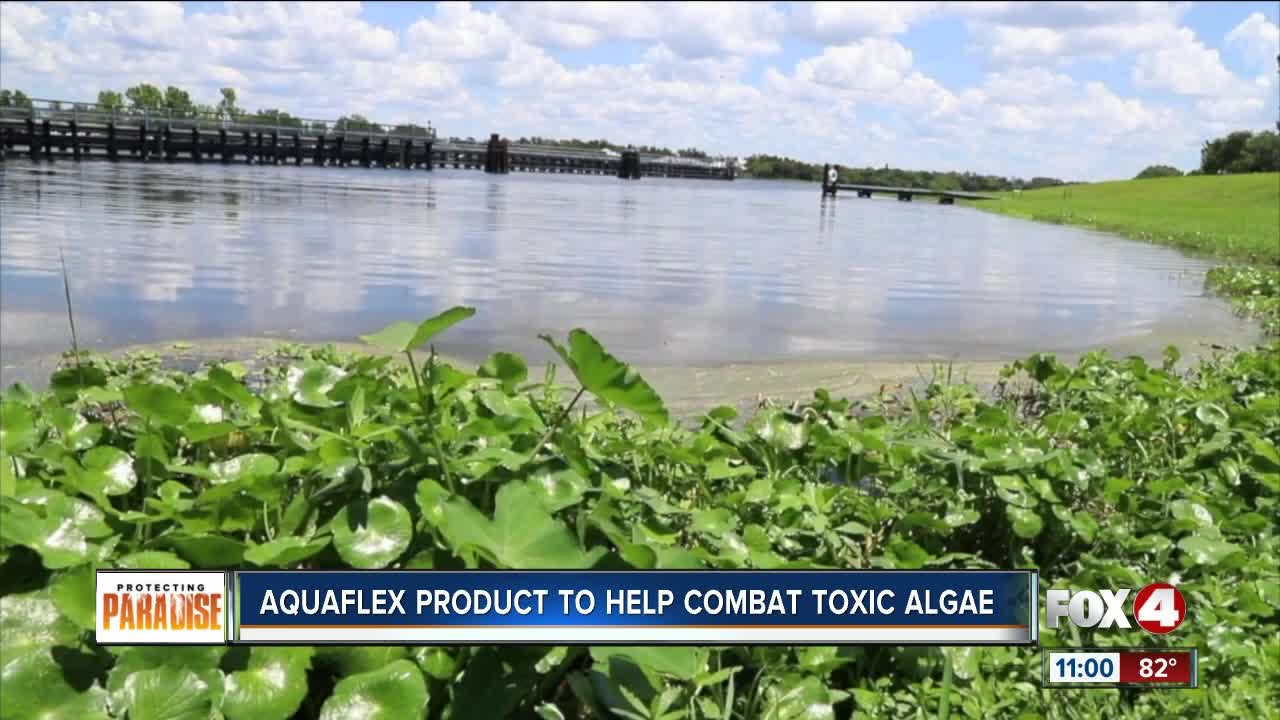 LEE COUNTY, FLa. — There’s proven technology that can help remove toxic algae and it’s being used in Southwest Florida in the next few months.

AquaFlex technology was tested last year in the Caloosahatchee River. The inventor and founder, Scott Smith said it removed some of the cyanobacteria.

It’s like a sponge and soaks up nutrients from the water.

Smith is working with the Charlotte Harbor National Estuary Program and Florida Gulf Coast University to test it yet again in the next few months but this time, they are measuring how much of the algae toxins the foam will remove.

They just received funding to test it on a much larger scale.

“To our knowledge, we are the first ones to get a permit to use technology like this to capture and remove the algae and related toxins in the water,” said Smith.

The idea is to have the technology ready to go soon so when algae blooms potentially start, they can react immediately to contain and clean it before it spreads.
The foam is then taken to a waste facility to be burned.

“We are very concerned that we are seeing the conditions ripen,” said Jennifer Hecker. She’s the executive director for the Charlotte Harber Naitonal Estuary Program. “We are already seeing cyanobacteria in the Caloosahatchee River and we are also measuring red tide off shore in Southwest Florida.”

“Having this technology is very hopeful and can help clean this problem up,” said Sarah Alexander, a Fort Myers resident.

She lives along the Caloosahatchee River with her family and and spent the last few months out on the water until they said they saw algae in the water over the weekend.
They said the water looked murky.

“We were starting to feel watery eyes and stuff,” Alexander said.

And then they saw algae popping up near their home.
“It’s not as prominent as a blanket but there is a green hue in the water,” said Alexander.

Turns out, the Army Corps of Engineers increased Lake O releases over the weekend.

“It’s not only an inconvenience because we are not going anymore, this is our home and we don’t want to be scared of your backyard,” said Alexander.

She’s now worried we will have a repeat of last summer, one of the worst years on record for harmful algae blooms.