New bill could require prescription for sunscreen with certain chemicals 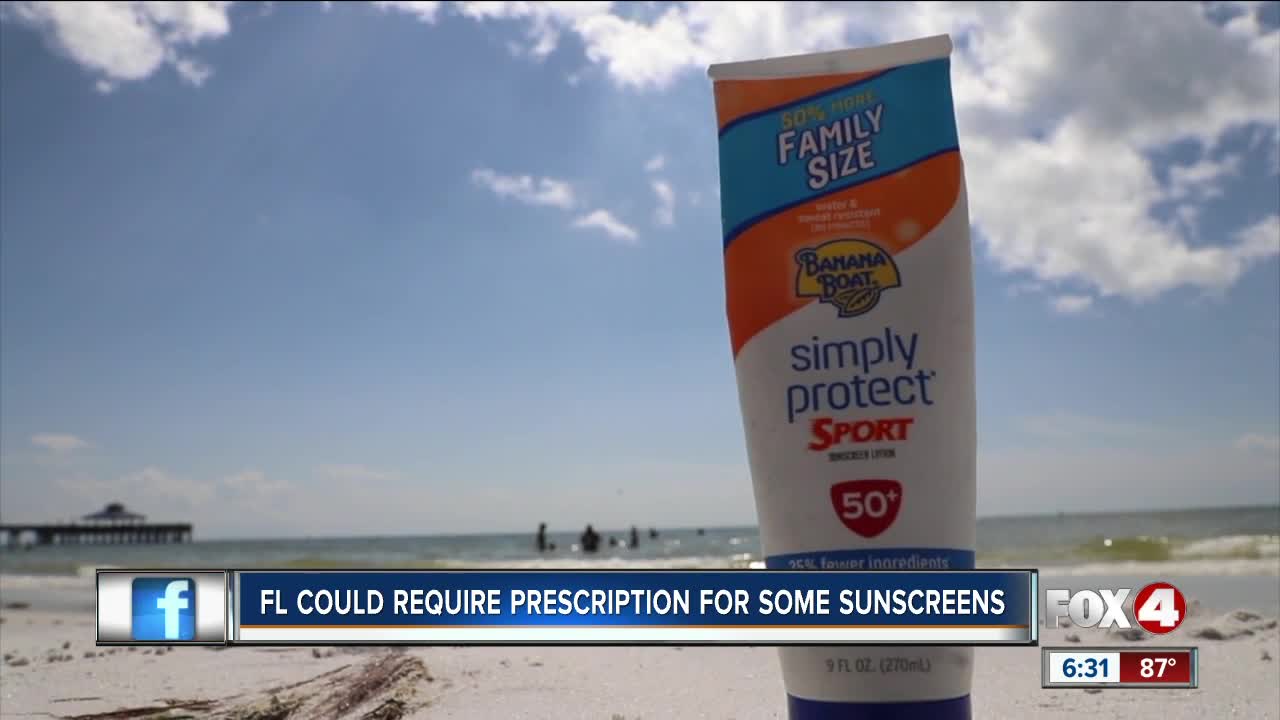 A Florida senator is a proposing a bill that would require a doctor's note to purchase sunblock containing certain chemicals.

LEE COUNTY, Fla. -- Living in Florida it’s more than likely sunblock is a must-have before heading to the beach. If you read the ingredients sunblock has a lot of chemicals that protect you from the sun, but in return some say they have a negative impacts on our reefs.

Key West has already taken steps to protect paradise by banning all sales of sunblock that aren’t considered “reef safe.”

Democratic Senator Linda Stewart from Orange County has proposed a bill requiring a prescription to purchase sunblocks that contain Oxybenzone and Octinoxate.

“These ingredients are what make the sunscreens helpful because they absorb the ultra-violet rays so people aren’t going to be prone to sunburns and ultimately skin cancers," said Robert Hawkes, Director of the Physician Assistant Program, Florida Gulf Coast University.

Oxybenzone and Octinoxate act like a sponge, “so it’ll absorb the rays from the sun, but it won’t penetrate deep into the skin, so that’s what’s offering the protection,” said Hawkes.

Grabbing sunblock containing those ingredients off the shelf might soon not be so easy.

“In high concentrations can directly kill the living part of the coral, in lesser concentrations make the coral more vulnerable to bleaching which can lead to the death of the coral," said James Douglass, Associate Professor of Marine Science, Water School, FGCU.

Reefs protect our coastlines, Douglass says by creating a seawall of protection against hurricanes and rising sea levels.

There are other reasons coral reefs are dying off, “pollution by excess nutrients, effects of over fishing, ripple effects through the environment," said Douglass.

Although they are harmful to reefs, Hawkes says they aren't harmful to our skin, “they have been evaluated by the FDS and other organizations and they are continually evaluating them.”

Hawkes says this could also increase prices of sunscreen if you have to go through a pharmacy to purchase. This is just a proposal and will be brought up this Legislative Session in March 2020.