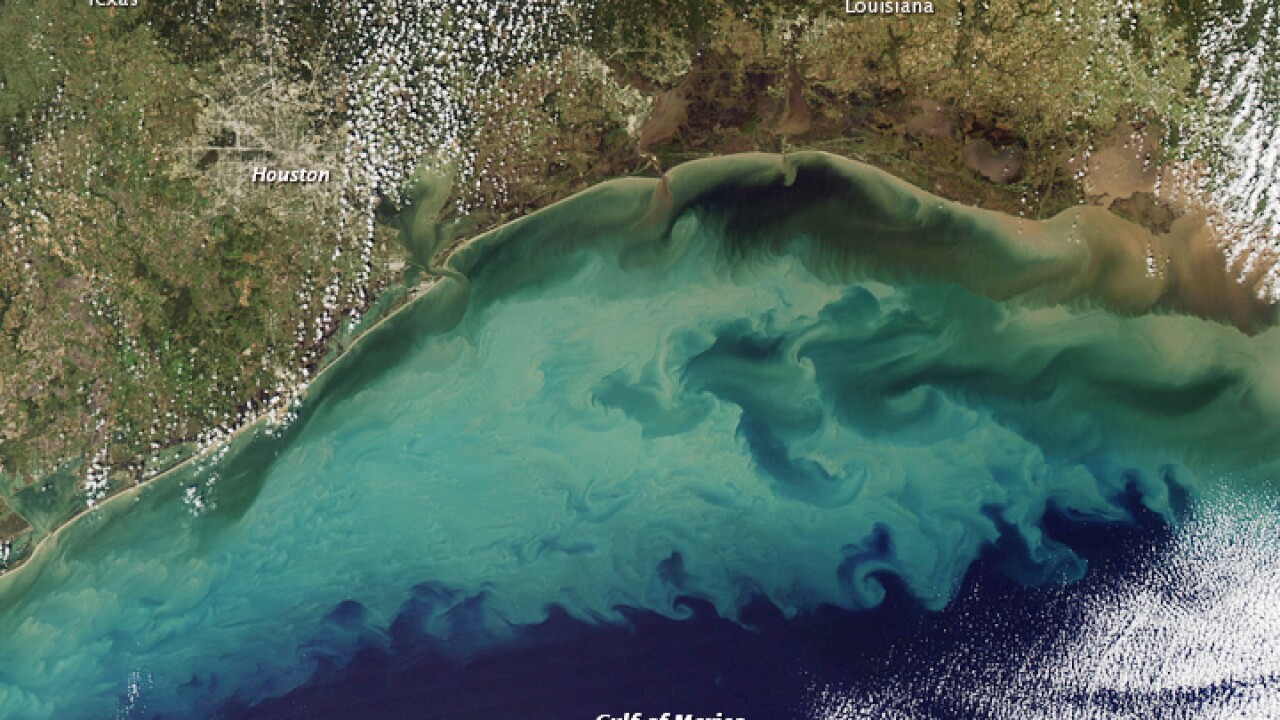 NEW ORLEANS (AP) - Scientists are predicting a near-record Gulf of Mexico "dead zone" - an area where the water holds too little oxygen to sustain marine life.

Widespread downpours around the Mississippi River Basin have led to record amounts of water, carrying large amounts of fertilizer and other nutrients downriver. The nutrients feed algae, which die and then decompose on the sea floor, using up oxygen.

The National Oceanic and Atmospheric Administration is forecasting an area of about 7,800 square miles (20,200 square kilometers), roughly the size of Slovenia and all the land in Massachusetts.

A Louisiana-based team's estimate is 8,700 square miles (22,560 square kilometers), unless a storm churns oxygen into the water.

Both forecasts were released Monday.

This story clarifies that NOAA forecast is an area roughly the size of the land in Massachusetts and removes incorrect reference to the size of Turkey.