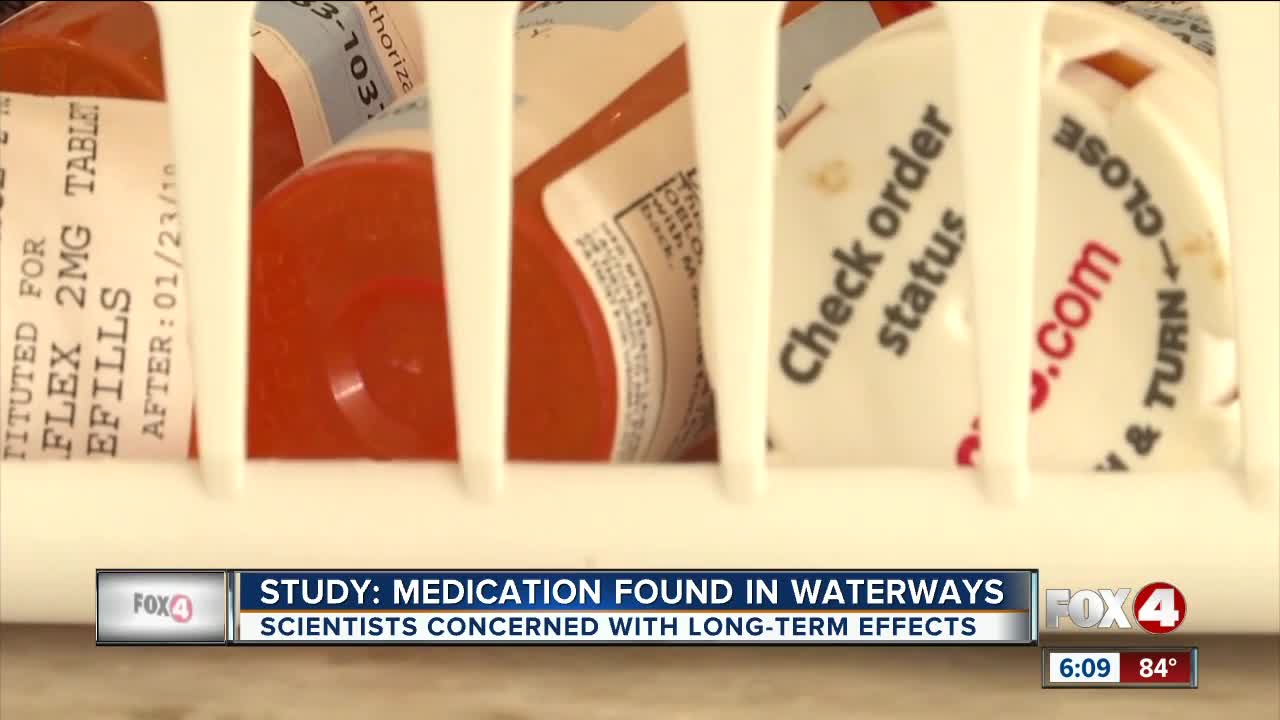 Researchers recently tested Southwest Florida waterways for traces of medication that could be harmful to humans and animals. Scientists are finding medications ranging from antibiotics to epilepsy medication to diabetes drugs in waterways throughout the US.

LEE COUNTY, Fla. — Researchers recently tested Southwest Florida waterways for traces of medication that could be harmful to humans and animals. Scientists are finding medications ranging from antibiotics to epilepsy medication to diabetes drugs in waterways throughout the US.

Arlene Gilbert rustled through a tub of expired medication and prescriptions she simply can’t use anymore.

Because of the environmental effects, patients like Gilbert are holding onto their meds. She said better safe than sorry, but research shows it still gets into water streams just by ingesting them.

According to a study by Focus for Health those meds also come out in your waste, travel to sewers and end up in the water supply. Scientists tested tap water in the U.S., and found traces of several drugs.

“What’s happening is they have effects that you may not see in the organism that would have the exposure. You might not see it until one or two generations later,” she said.

Local agencies like Cape Coral Police Department offer drop off locations for old medication which eventually get sent to an incinerator for disposal. Sergeant Patrick O’Grady warns people to make sure they put old medication inside the box. He said bringing it to their office isn’t good enough.

“If you leave stuff on the outside, it’s very dangerous. Anybody can come pick it up, and it could be a child. I don’t think anybody wants that on their head,” he said.

Gilbert said pharmaceutical companies should help out with disposal.

“They’re shifting their responsibility for their waste to the consumer, and that bothers me,” she said.

FGCU officials told Fox 4 The University of Arizona recently tested Southwest Florida water for traces of medication. They said they’re expecting to see results within the next two week.