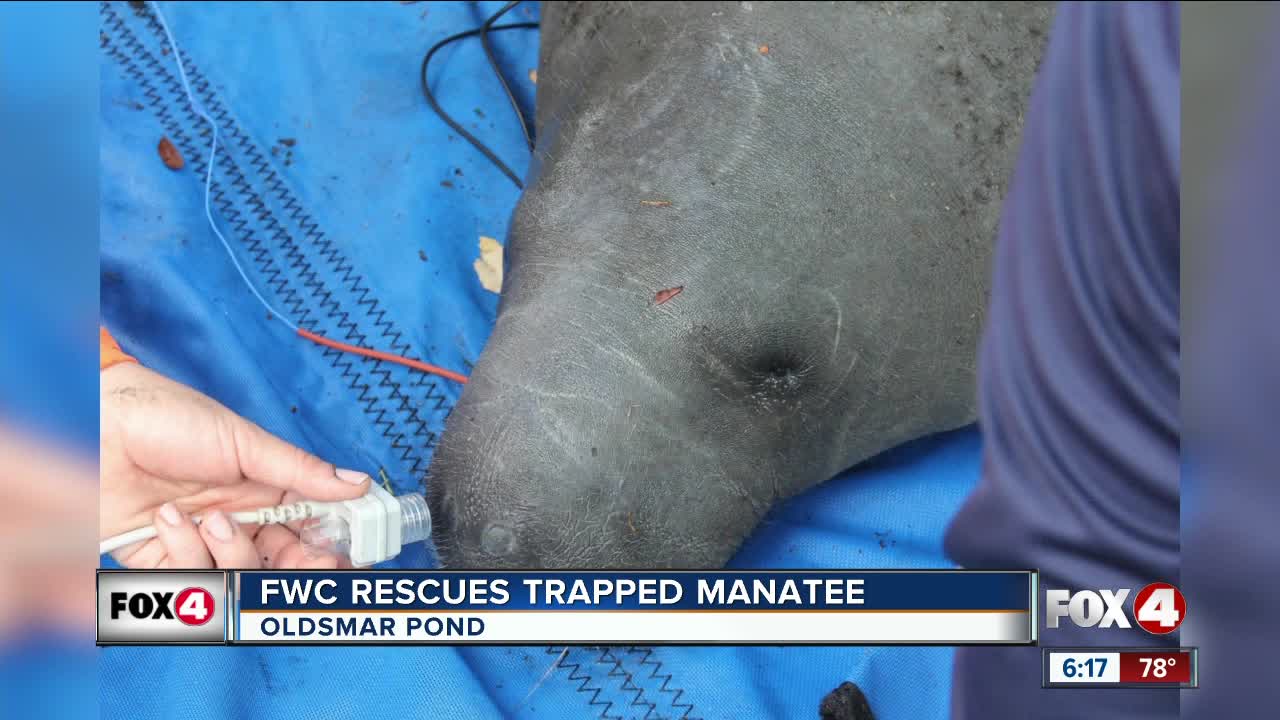 A manatee has been rescued in a retention pond in Tampa, this has been the 3rd manatee rescue in the same pond.

TAMPA, Fla. — A manatee is back in the water today after it got trapped in a pond.

Fish and Wildlife posted these pictures of the rescue on Facebook.

They say Oldsmar retention pond has a spillway allowing manatees to swim over the dam during extreme high tides. But, when the tide recedes, the manatee's access to Tampa Bay becomes obstructed.

The male manatee was also one of three manatees rescued from the same location back in October 2018.

The sea cow was checked out and then released into old Tampa Bay.

FWC is working with Oldsmar to modify the spillway to prevent future entrapments.

Just last month a manatee was rescued from a drainge ditch in Fort Myers.