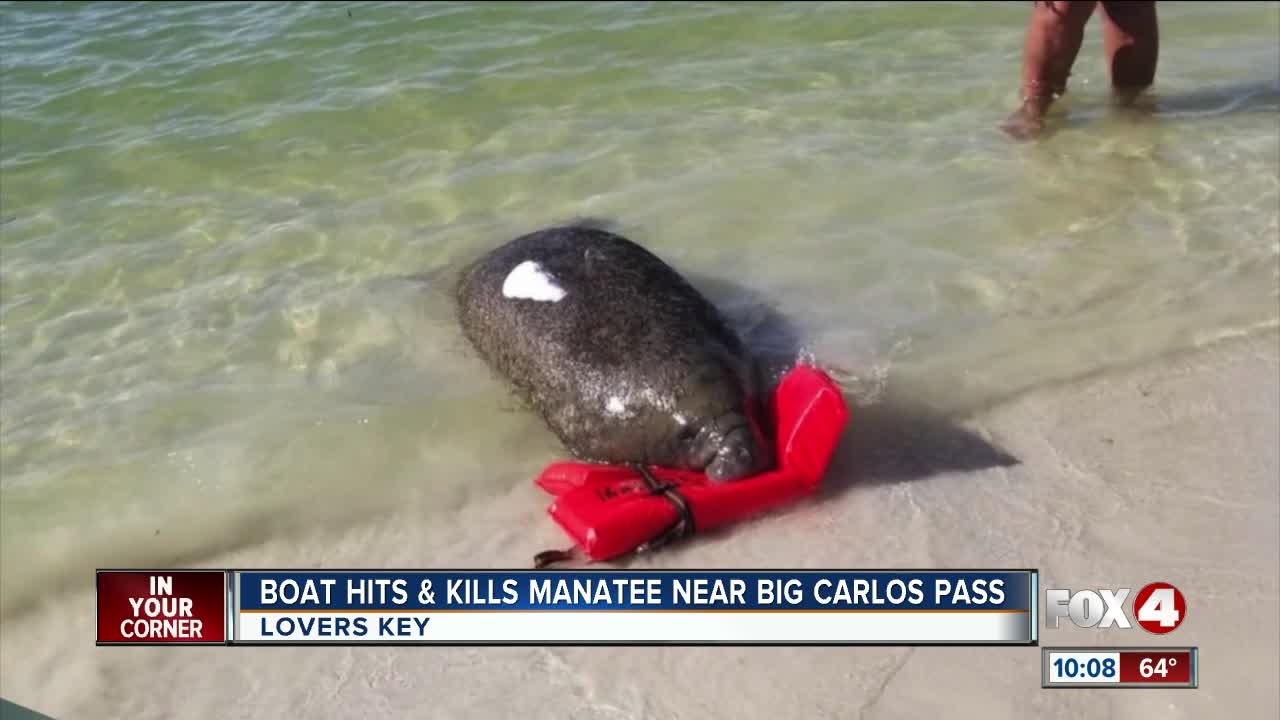 Officials jumped into action to try and save a manatee hit by a boat at Big Carlos Pass in Fort Myers Beach earlier today.

FORT MYERS, Fla. — Officials jumped into action to try and save a manatee hit by a boat at Big Carlos Pass in Fort Myers Beach.

Two kayakers pulled the calf on to shore after seeing it in the water.

According to The Florida Fish and Wildlife Conservation Commission, Florida's manatee population has gone up in recent years, reclassifying the animal from an endangered to a now threatened species.

Despite people's best efforts, today marked an unfortunate ending for this calf.

Bystanders say Lee County Sheriffs, FWC, and people from a nearby apartment complex came together to try and save the animal. “Everybody was so sad and trying to do something, but we couldn’t...we couldn’t,” said Sonjia Scouto.

“They were making him comfortable, they put the life jacket under his head, they were putting water on him...everything, that they should do, ” said Laura Mackian.

Unfortunately, boating collisions account for a quarter of manatee deaths each year.

“People should just pay attention when their driving. I guess it’s not entirely their fault but still just try and be careful,” says Chad Perrigo.

David Coldbeck, a boater, says that when out on the water he always makes sure to watch for animals, and slows down in shallow areas. “This is a message to all that it does happen, they do get killed. As a boater, we always go slow in the no-wake, but I can tell ya there’s many who don’t,” says David Coldbeck.

People told Fox 4 that the first responders tried to resuscitate the animal for nearly an hour before it was pronounced dead and taken to a nearby necropsy center.