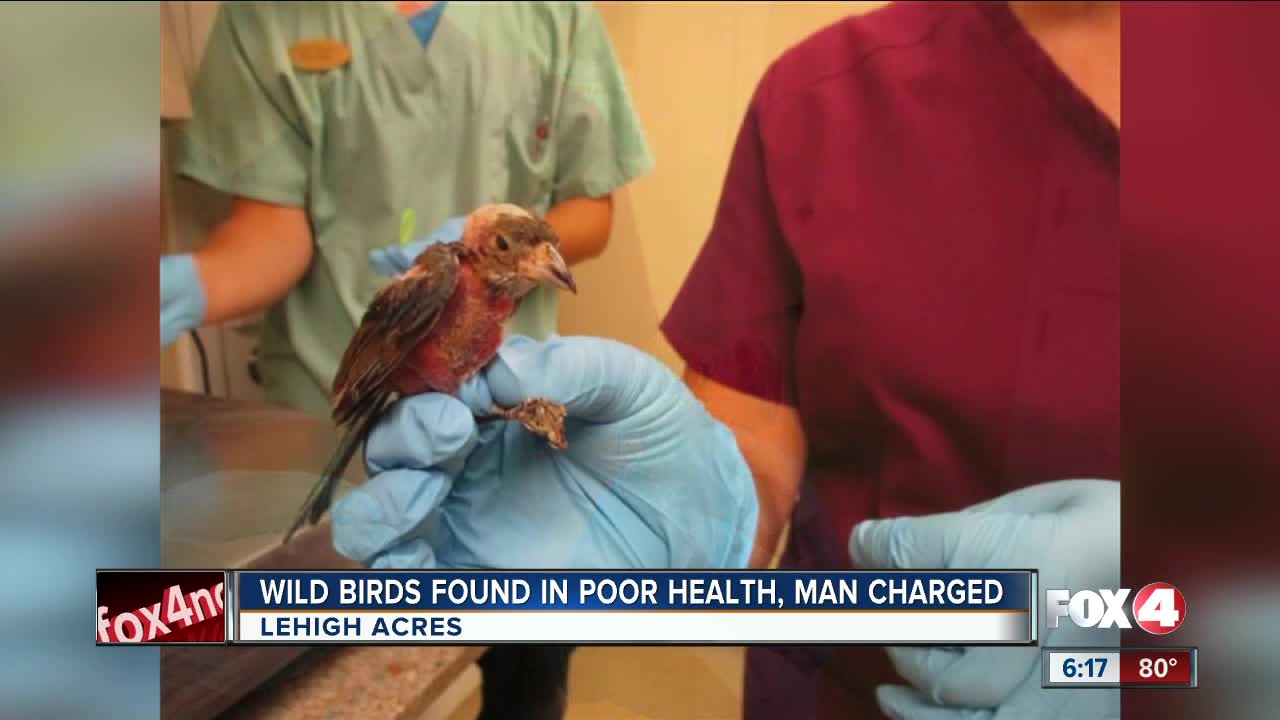 LEHIGH ACRES, Fla. — Nearly a dozen birds are recovering after they were rescued from a home.

Last month, a Fish and Wildlife Officer was patrolling in Lehigh Acres and saw several birdcages in a front yard and garage.

They turned out to be nine Indigo Buntings and eight Painted Buntings which are illegal to have under the migratory bird treaty act. The birds appeared to be in very poor health.

They were taken to the CROW Clinic on Sanibel. Unfortunately, four of them died.

Arturo Frias was charged with violations of the migratory bird treaty act.