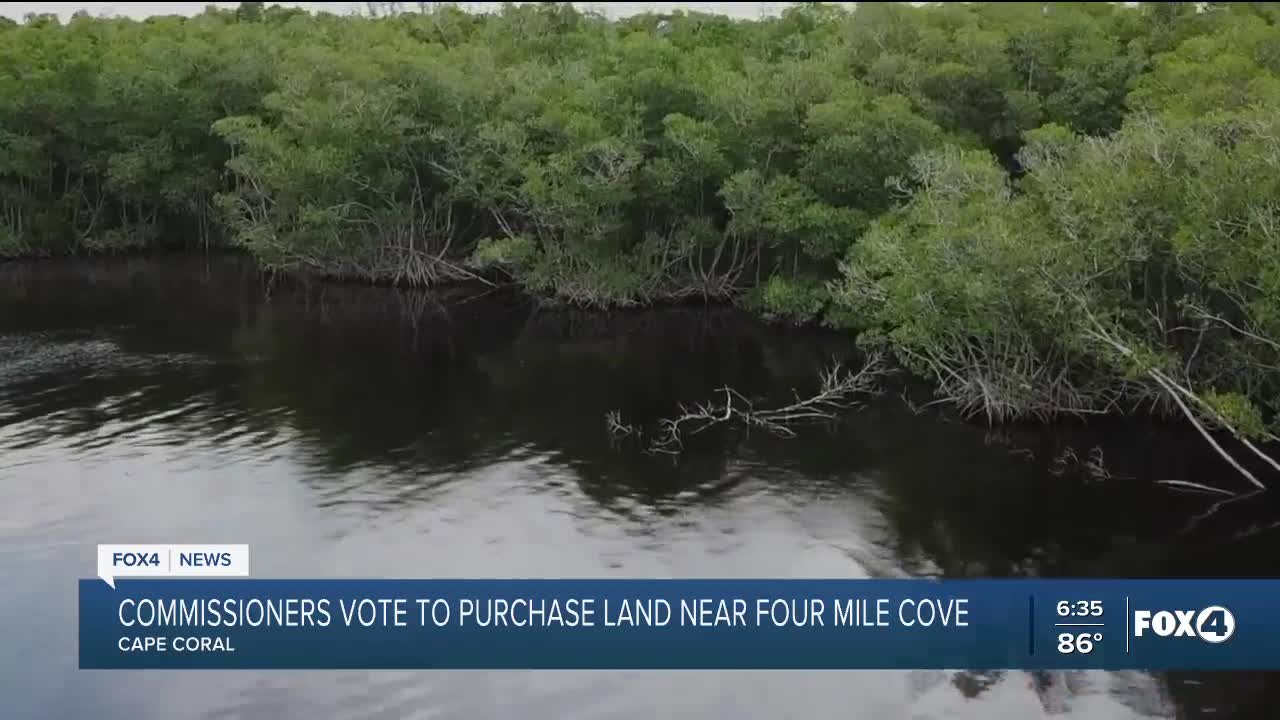 A year in the making, and commissioners sealed the $6 million deal to protect the land previously damaged. The county plans to preserve it as part of their 2020 conservation program.

Joseph Cruz lives along Coral Point Canal right across from the land that now belongs to Lee County.

“Going forward this is a great win for the city,” he said.

Cruz got involved when he learned of the previous owner’s plan to sell the 200 acres of land for housing development.

“Cape Coral doesn’t need more development. If you drive around, you’ll find more than enough vacant lots that you can build on,” he said.

The City of Cape Coral led a project they say was intended to remove invasive vegetation to improve drainage. But, a warning letter sent by The Florida Department of Environmental Protection says they ended up damaging the mangroves. Cruz calls it a hidden blessing.

“If the city hadn’t caused the damage, and alerted the neighborhood, to say hey, something’s going on here; we probably wouldn’t have known,” he said.

Now he’s working alongside the city to repair that damage. He says last month he and his neighbors planted 160 mangroves provided by the city, replacing the ones damaged before.

Cruz and his neighbors say they’re in it for the long haul. They’ve asked the county if they could help with long-term restoration and maintenance as well.

Lee County also purchased 400 acres of Hickey Creek Swamp in Alva. That plot of land will cost the city at least $4.5 million.