Lake Okeechobee releases to continue into the Caloosahatchee River 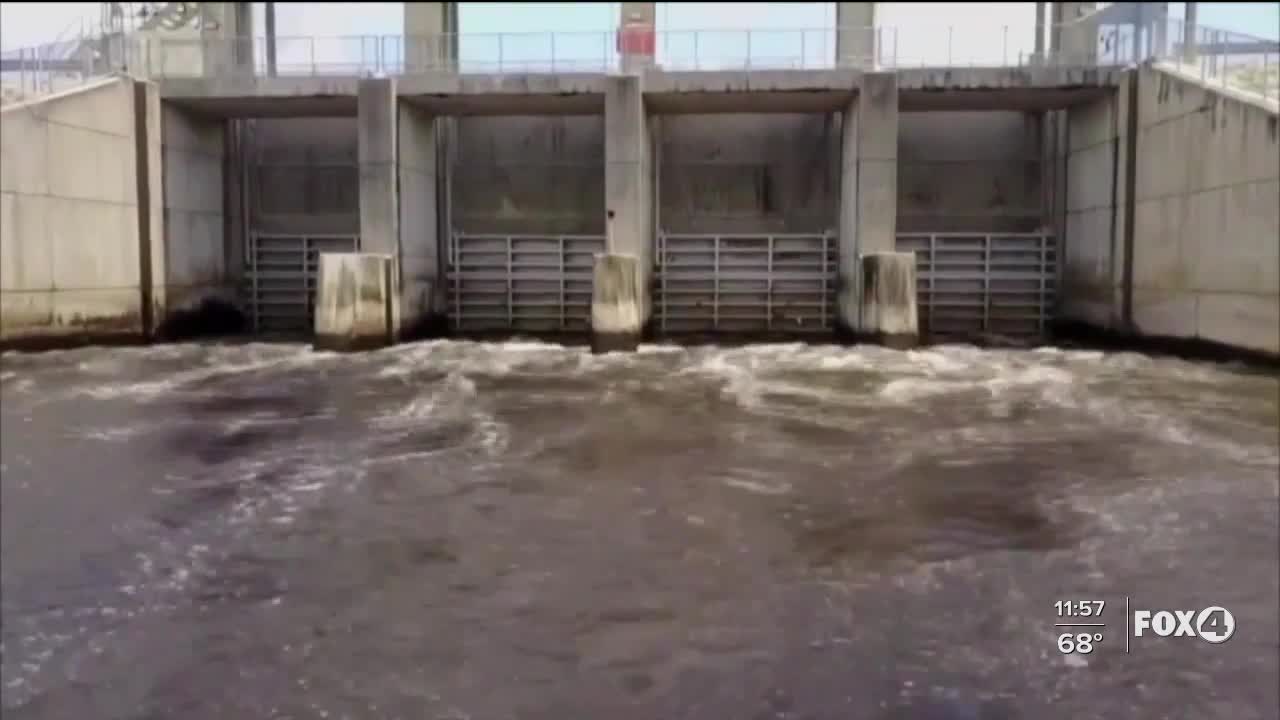 It’s been over a month since the Army Corps of Engineers began releasing high volumes of water from Lake O into the Caloosahatchee River.

LEE COUNTY, Fla. — On Thursday, the U.S. Army Corps of Engineers announced releases from Lake Okeechobee into the Caloosahatchee River will continue.

It’s been over a month since the Army Corps of Engineers began releasing high volumes of water from Lake O into the Caloosahatchee River.

That freshwater leading to brown murky water at our shores, particularly around Sanibel.

“That shows we’re getting a lot of freshwater runoff, and we see how far it goes, but it’s also causing a lot of damage to the ecosystem underneath the water that people don’t see,” said Rick Bartleson.

Rick Bartleson is a research scientist with the Sanibel-Captiva Conservation Foundation.

"We had been asking the Corps of Engineers to not release water since we had so much water coming from the watershed," said Bartleson.

He says local runoff and releases from Lake O are impacting the salt levels of the water.

“Things that can swim away to get to saltier water can do that, but things that are in the mud like seagrass, clams, worms, either their growth stops or they die,” said Bartleson.

The Army Corps of Engineers says it’s too soon to scale back but did not give an exact timeframe on when they could stop.

Rising water levels in Lake Okeechobee could endanger homes if they get too high.

“When we initiated releases, we were absolutely committed to stopping the releases as soon as possible, as soon as we got the trend of the lake and the rising of the lake under control,” said Colonel Andrew Kelly.

Colonel Andrew Kelly, District Commander with the U.S. Army Corps of Engineers Jacksonville District, says with lake levels still at 16.34, they will continue with their targeted releases of 4,000 cubic feet per second to the west and 1,800 to the east.

“Getting the amount of rainfall in November so far that is equal to November, December, and January, it has changed the calculus,” said Colonel Kelly.

“It is unlikely we will be able to utilize southern flows to the extend we were thinking we would earlier.”

With no end in sight just yet, Colonel Kelly says they are looking at possibly reducing or pausing the releases from Lake O to give the estuaries a "breather."

But for some marine life, it might already be too late.

“The longer we go, it may not make a difference because a lot of the things can’t last more than a few days in low salinity,” said Bartleson.

Colonel Kelly says the releases will continue for possibly a couple of more weeks but says they will revisit this after Thanksgiving.