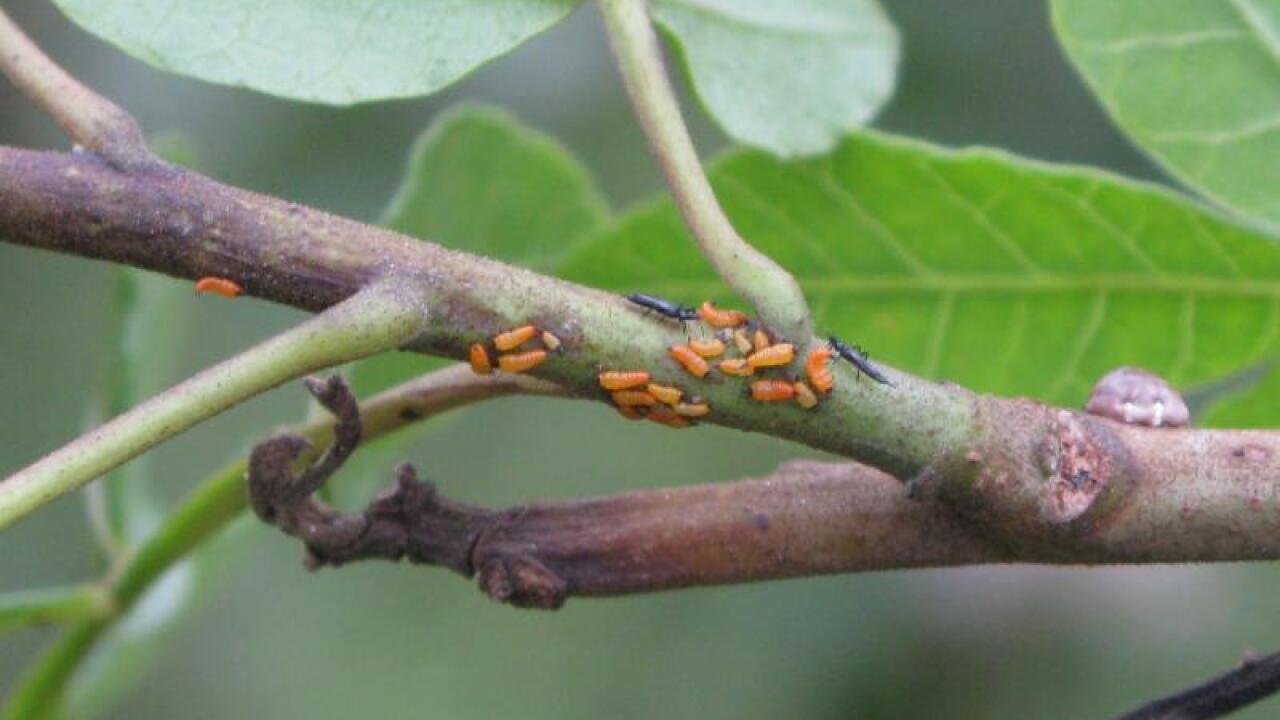 BROWARD COUNTY, Fla. -- Several local and federal agencies took steps in an effort to protect America's Everglades on Tuesday by releasing an insect reared to combat the invasive Brazilian peppertree.

The insects, known as thrips, were reared as part of a joint partnership between the South Florida Water Management District (SFWMD), the U.S. Department of Agriculture (USDA), U.S. Army Corps of Engineers (USACE), Florida Department of Environmental Protection, the National Park Service, the Florida Fish and Wildlife Conservation Commission (FWC), the Florida Department of Agriculture and Consumer Services (FDACS) and the University of Florida Institute of Food and Agricultural Sciences (UF/IFAS) to combat invasive plants in South Florida's ecosystem.

"Floridians have invested billions to restore and protect our Everglades for future generations," said SFWMD Governing Board Member Ron Bergeron at the thrips release event at Tree Tops Park in Davie. "Using biological controls like this insect to control the spread of invasive plants is using the tools Mother Nature herself has given us to protect that investment in the Everglades."

First introduced to Florida in the 1800s as an ornamental tree, the Brazilian peppertree is one of the most aggressive, non-native plants in Florida, with more than 700,000 acres statewide, including portions of America's Everglades, impacted.