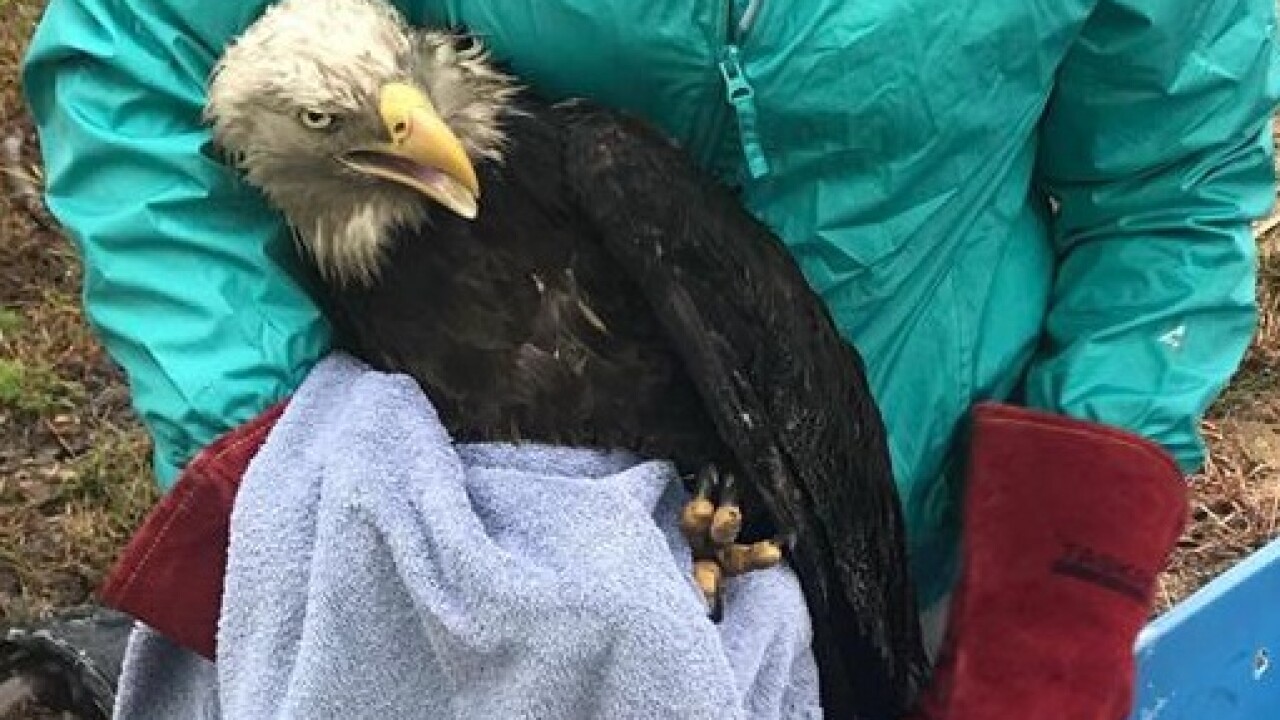 COLLIER COUNTY, Fla. -- An injured bald eagle is in the care of wildlife rehabilitation specialists after being captured in Golden Gate Estates Thursday morning.

According to the Collier County Sheriff's Office, Community Service Deputy Brandi Rusk had been on the case since calls began coming in about an injured eagle in the area. Unfortunately, the bird kept flying away.

But Thursday morning another call came in about the bird being on the ground with a laundry basket over it outside a residence on Garland Road, and Rusk responded to the scene.

Rusk worked with Erika Summers of the Conservancy of Southwest Florida in the pouring rain to capture the eagle. The bird was taken to the Conservancy's wildlife hospital for treatment.