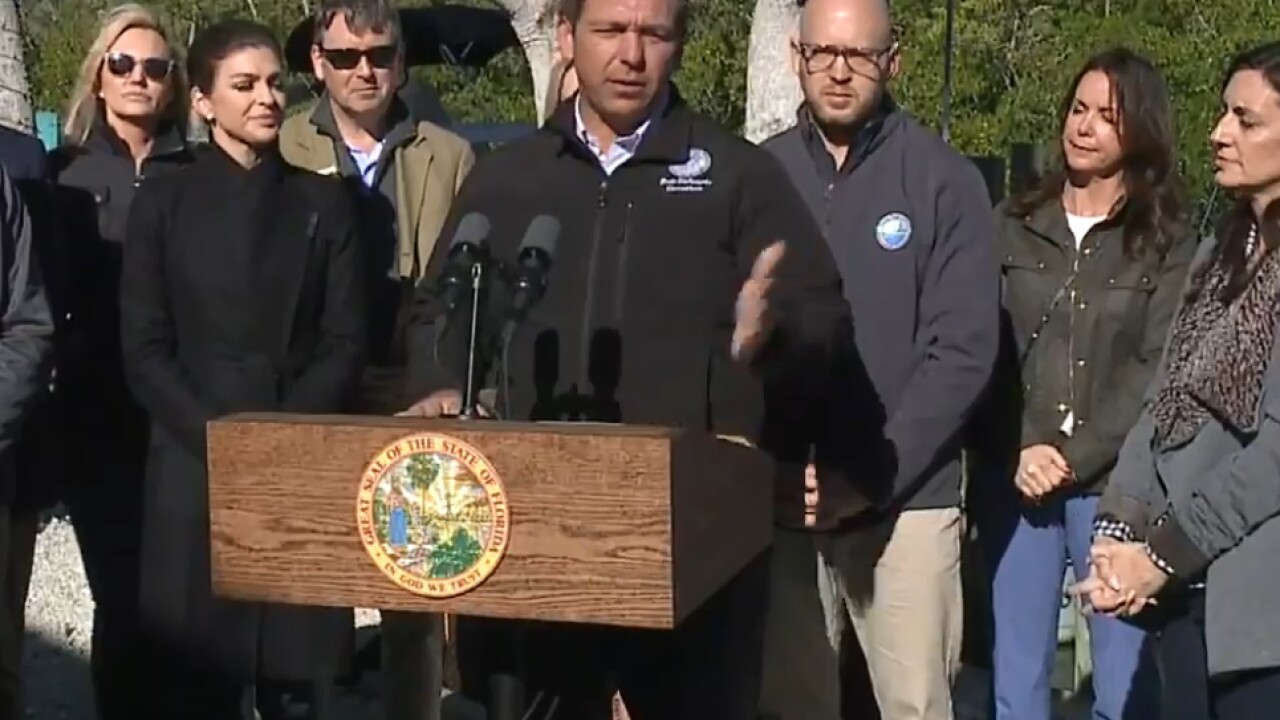 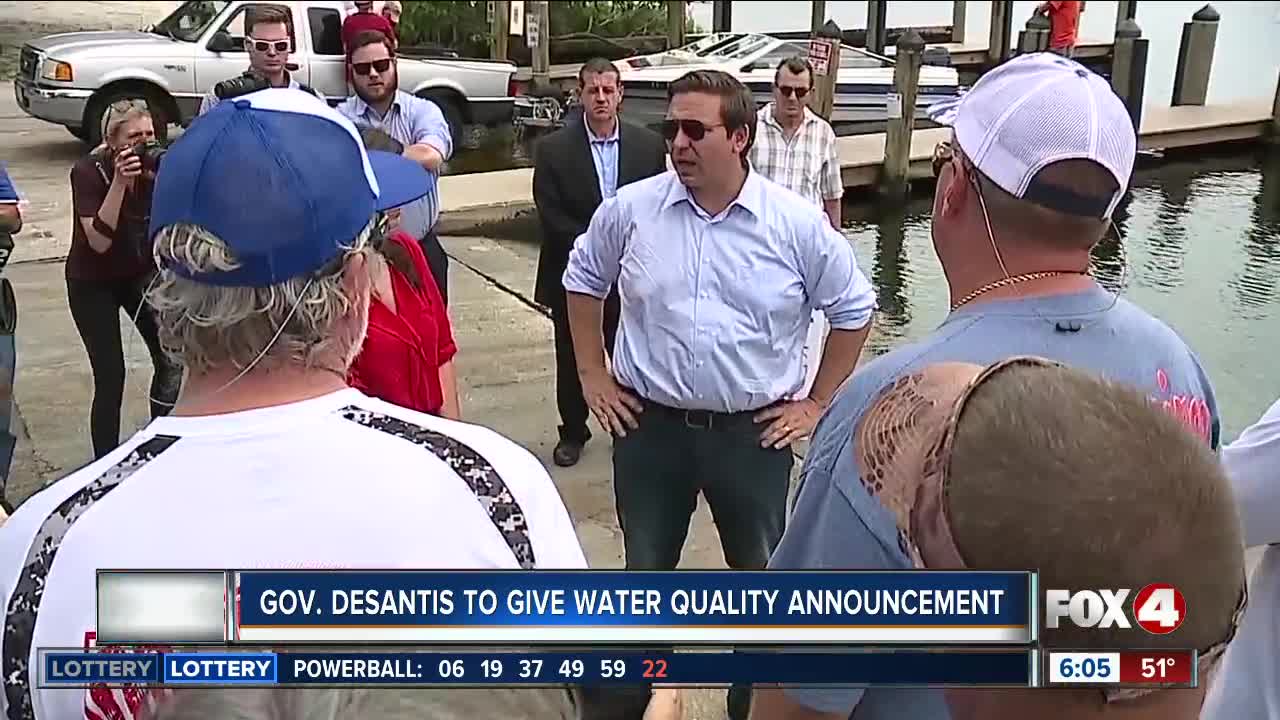 During his visit to Bonita Springs Thursday morning, he signed an executive order to do more now to protect the environment later.

After a boat tour in Bonita Springs, he signed an executive order that calls for “$2.5 billion over the next four years for water resources and Everglades restoration.”

By his side were representatives from a host of organizations committed to help DeSantis in this fight to protect our springs, rivers and beaches.

“Three out of the last six summers, Floridians have suffered from blue-green toxic algae in our waterways,” says Eric Eickenberg of the Everglades Foundation.

“I think all Floridians recognize that water is the life blood of our state,” says Julie Wraithmell of Florida’s Audubon Society.

“And the fishing industry has been the most effected, as well as the small businesses that rely on these waters,” says Daniel Andrews of Captains For Clean Water.

Now, there’s an even bigger push to improve water quality. The order also calls for some changes in the DEP. “One of the things we are gonna do is have a Chief Science Officer appointed,” said DeSantis. The officer will focus on the most pressing environmental concerns.

And a big concern is Lake Okeechobee discharges. “I would like to see no discharges. We’re working with both the White House, and as difficult as it is, the Army Corps of Engineers to try to mitigate that in the near term. which I think is very important,” said DeSantis.

The order also calls for the South Florida Water Management District to start the next phase on the EAA reservoir. “I don’t want to miss on this reservoir. I think what Eric said was right, we don’t want to wait 20 years, we want to get it moving.”

Gov. DeSantis also announced that a Blue-Green Algae Task Force will be established.

The environment is one of the governor’s top priorities. DeSantis says the $2.5 billion is a bold amount, but attainable. Right now they are working it into the state’s budget that’s due early next month.