Gov. DeSantis says Florida is working on a plan to remove pythons from the Everglades 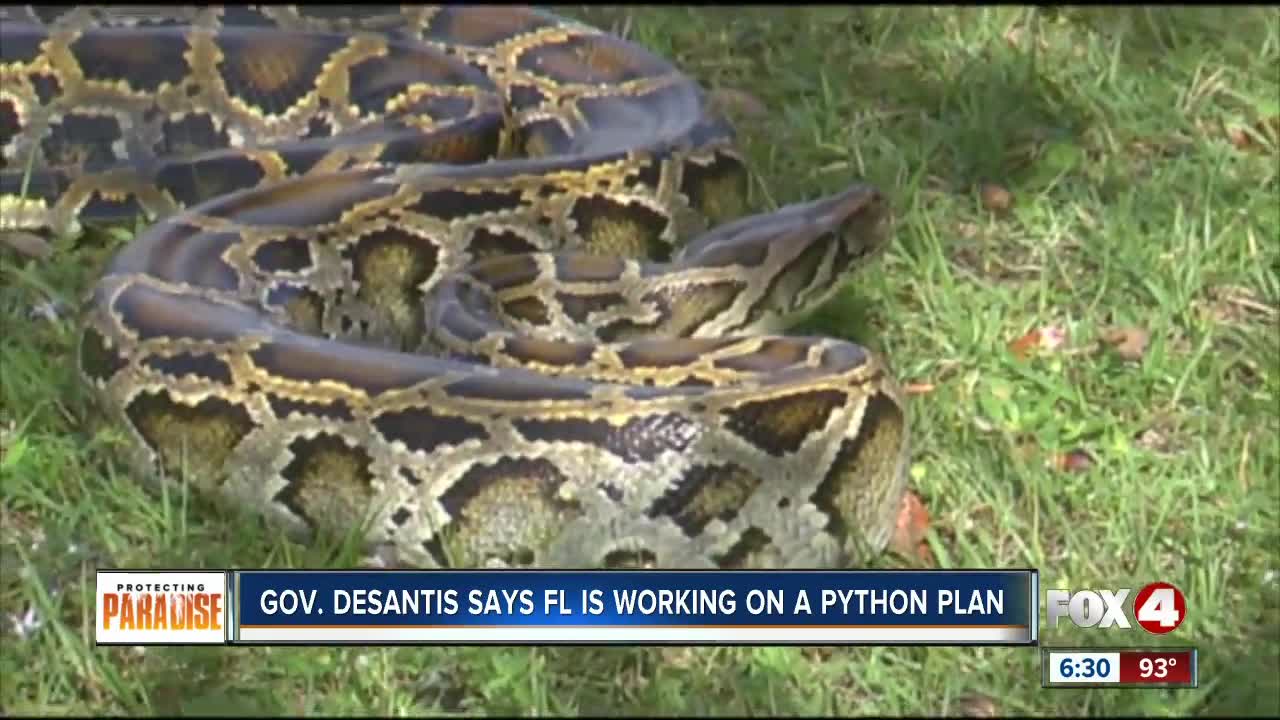 Gov. Ron DeSantis announced major funding approved by state lawmakers for environmental protection Tuesday, including $400 million to restore the Everglades. He said the state is also making plans to remove more Burmese pythons, an invasive species which is decimating native wildlife in the Glades.

COLLIER COUNTY, Fla. — Governor Ron DeSantis stopped at the Corkscrew Wildlife Sanctuary in Collier County Tuesday to announce major funding approved by state lawmakers for environmental protection, including $400 million to restore the Everglades. And he isn't shy about how he feels about the invasive Burmese pythons that are decimating wildlife populations in the Glades.

"I hate these pythons," he said. "We're spending all this money to revive the Everglades, and we're just going to let these big pythons eat everything? We don't want to do that."

The invasive snakes - which can grow to more than fifteen feet long - have been eating their way through native wildlife for years.

"To grow to fifteen feet, it's consuming a lot of biomass," said Rob Moher, president and CEO of the Conservancy of Southwest Florida. "Everything from ibis to small rabbits and mammals, all the way up to alligator and deer."

Python hunters have had success finding and removing pythons by using radio trackers implanted on male pythons to lead the hunters to breeding females and other males.

But Moher thinks there needs to be a coordinated effort between state and federal agencies to remove more of the pythons.

"There's no one agency that alone can get this problem under control," he said.

Fox 4 asked DeSantis if a multi-agency python task force is in the works.

"I hope to have something, an announcement...shortly," DeSantis said. "There's different agencies involved, so we're working through that right now."

Moher said Burmese pythons are great at hiding deep in hard-to-access areas in the Everglades, and that several universities are researching more ways to find the pythons, and slow down their impact on the wildlife populations in the Glades.

"The best tool in the tool kit may not yet be in our tool kit, but the way will be (found through) good scientific knowledge, good data and good resource sharing," Moher said.