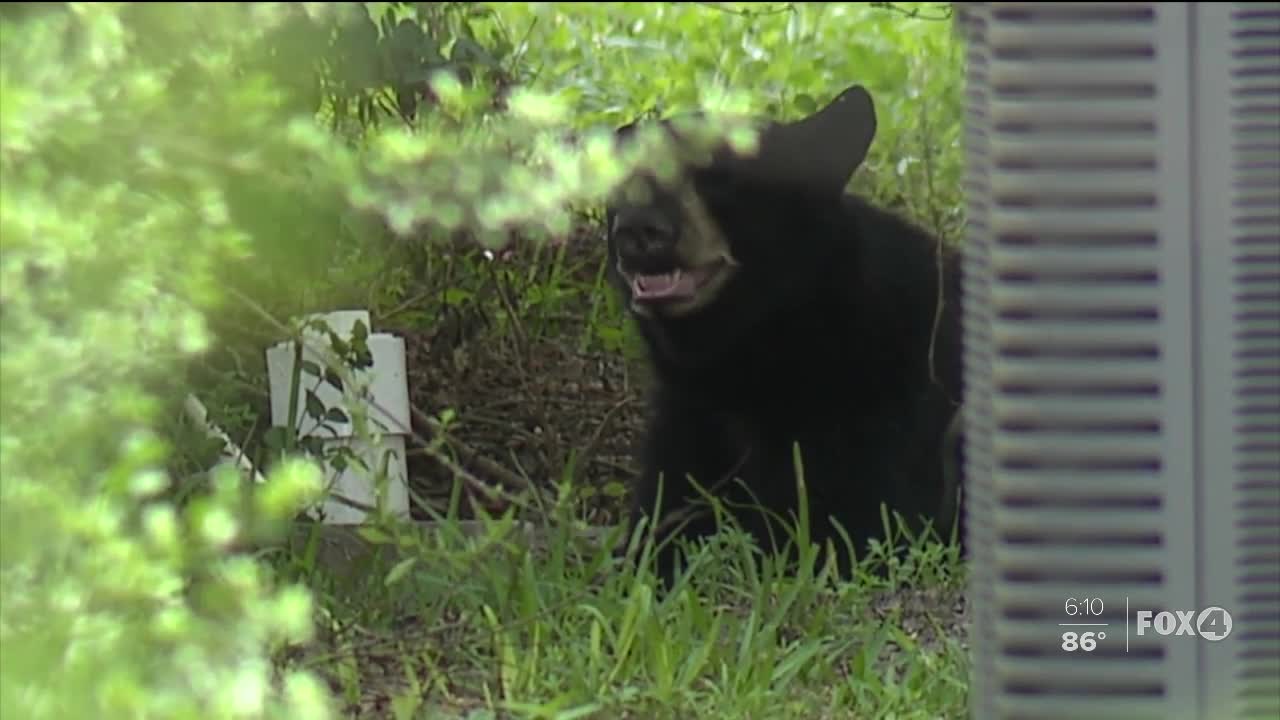 The young bear rested in the shade for about three hours, while FWC biologists set a trap using sugary donuts to lure him in.

FORT MYERS, FL. — A wild black bear caused quite the shock Tuesday morning as it roamed through the streets of Fort Myers near Downtown.

The Fort Myers Police Department and Florida Fish and Wildlife Conservation Commission officials began to monitor the bear near Stella and Katherine streets just before 9 in the morning.

The bear then led officials on a chase for about a mile, cutting through people's yards and jumping over fences.

"It can be difficult, certainly can be time-consuming; obviously, we don't have any type of control over the situation that would mandate where that bear is going to go," said Adam Brown, a Senior Officer with FWC.

The male black bear — estimated to be just 18 months old — finally came to a stop at Cement Industries on Hanson Street.

"I was in there putting an application when I walked out the door, he came across the grass," said Randy Aaserud, who witnessed the bear.

The young bear rested in the shade for about three hours, while FWC biologists set a trap using sugary donuts to lure him in.

"Sugary products, things like that, will often attract bears. We used that as well as some spray that will attract the bear," said Brown. "We had a licensed trapper that came and did that for us."

But the trap didn't work right away — the bear went in and out several times before it was finally captured unharmed and without using a tranquilizer.

"Oftentimes, when we use a tranquilizer gun, the bear will not have an immediate effect, and sometimes it will run away," said Brown.

"The bear will be relocated to state-managed land that's good habitat for him," said Brown.

Officials don't know where the bear came from but say bear sightings are not uncommon this time of year.

"About this time is the start of mating season, so you will see an uptick," said Brown.

Officials encourage people to be cautious of not leaving attractants like trash or pet food outside.