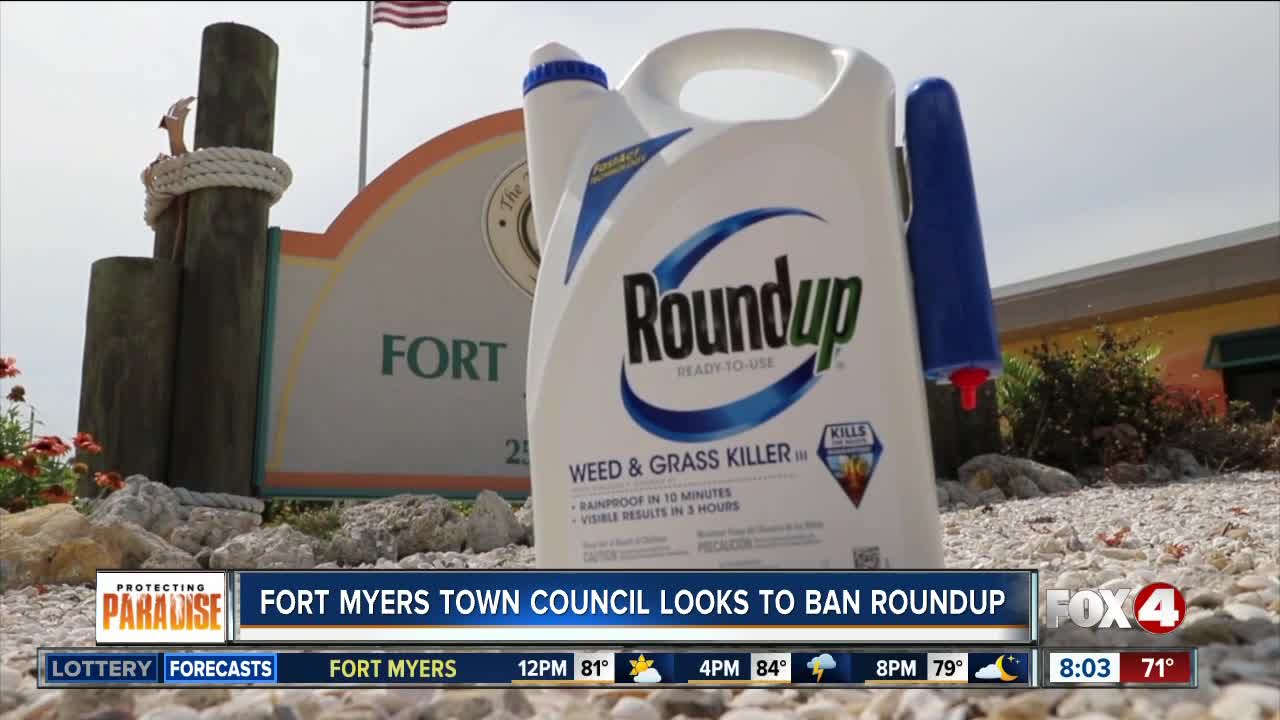 FORT MYERS BEACH, Fla. -- Fort Myers Beach Town Council wants to ban a chemical in a popular weed killer called Round-up. The active ingredient is called glyphosate and it's been linked to causing cancer for thousands of people across the country. It also might be contributing to the water quality issues in Southwest Florida.

“The recommendation to the council is to ban it, that’s what we are trying to keep out of our water down here and for our people,” said Vice Mayor Ray Murphy, Fort Myers Beach.

Some long time residents on the island, like Lloyd Nichols, stay away from toxic herbicides on their lawn, “we don’t use any, if you are using any type of chemicals, it’ll go through to the water tables and the bay,” said Lloyd Nichols, Fort Myers Beach.

All the water from yards on Fort Myers Beach drain directly into Estero Bay. Nichols also doesn't use weed killer for the safety of his pets, “they track it on their feet, they lick their paws, cats are very clean.”

This ban would make Fort Myers Beach the first town to ban the toxic herbicide in Southwest Florida, but not the first statewide.

Fox 4 discovered Miami and Stuart are the only two cities across the state that have a similar restriction in place.

In February Fox 4 went to Lake Okeechobee when the Florida Fish and Wildlife Conservation Commission decided to temporarily ban aquatic herbicides in all fresh water across the state while studies on glyphosate are being done.

“We do want people to be aware that we are aware of the environment and take every step that we can to help the water situation,” said Vice Mayor Murphy.

Vice Mayor Murphy says an ordinance on banning glyphosate should be drafted for a meeting within the next few weeks.

Count of Fox 4 to keep you updated on this ban.