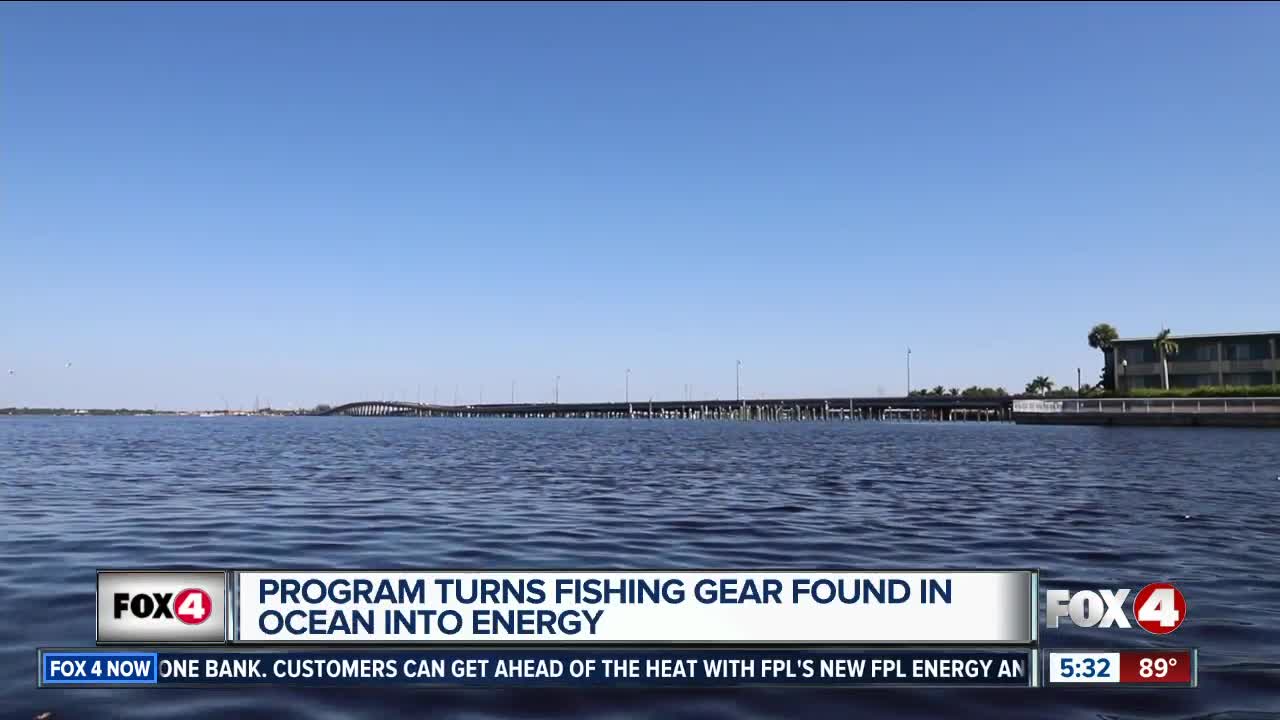 PUNTA GORDA, Fla. -- Removing abandoned fishing debris in one local harbor to reuse into energy is the goal of the Florida Department of Environmental Protection.

Wednesday, the DEP was awarded a $60,000 grant to facilitate cleaning up around four artificial reefs in the Charlotte Harbor Aquatic Preserve.

The grant awarded through the Fishing for Energy Program, a partnership between the National Fish and Wildlife Foundation, Covanta, and NOAA's Marine Debris Program.

“people are starting to become more aware of marine debris, and derelict fishing gear, and how they can impact our environments, it’s a cool partnership because we can bring together all these diverse groups, but all towards same goal,” said Kaity Goldsmith, Manager of Marine Conservation, the National Fish and Wildlife Foundation.

The goal is to remove derelict fishing gear because, “it’s a hazard to wildlife they can become entangled in it not escape, they can not get away, it can strangle them.” said Melynda Brown, Manager at Charlotte Harbor Preserve Office, Florida Department of Environmental Protection.

“It can destroy the environment or prevent them from full functioning, the other thing it does is ghost fish,” said Goldsmith.

The Fishing for Energy grant from the NFWF provides funding to the DEP protection so scuba divers from Florida Marine Works and others can retrieve debris found engulfed within four artificial reefs in the harbor.

This program will kick off in October and clean-up expected to be complete by April 2020.

The National Fish and Wildlife Foundation announced more than $1 million in grants to reduce derelict water across U.S. Coastal waters. Charlotte Harbor is one of ten chosen to get this grant across the country.