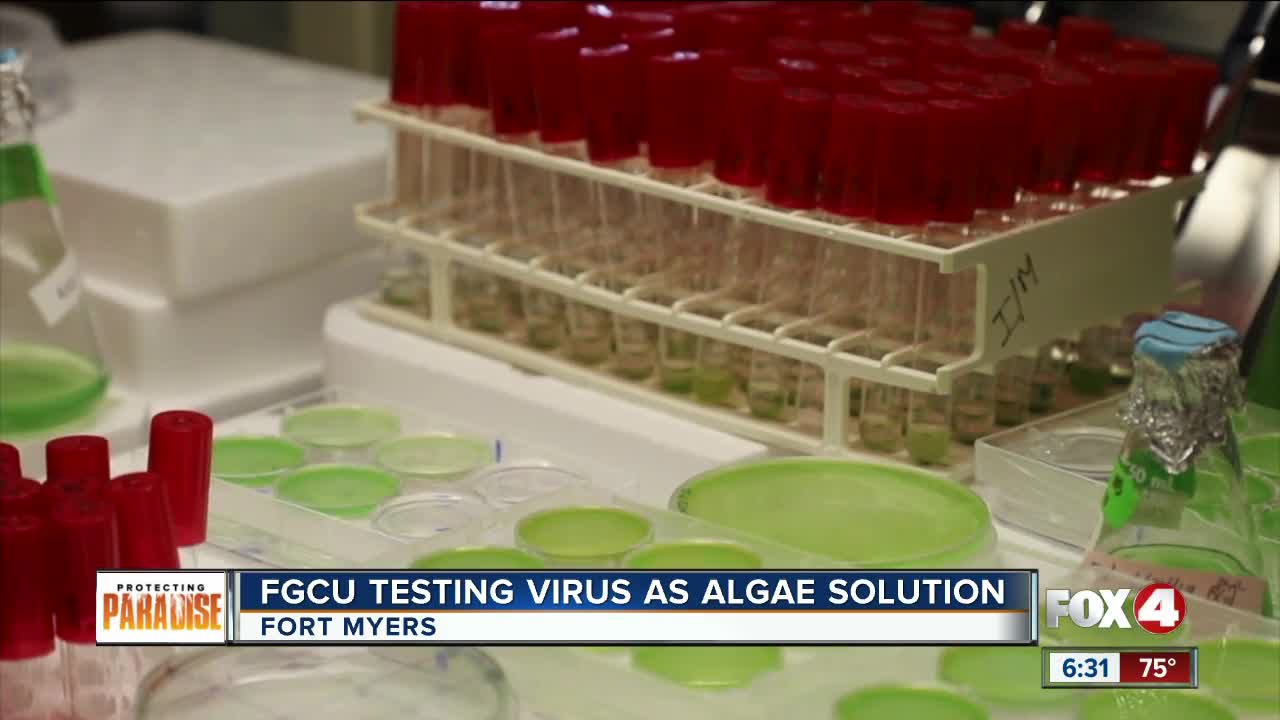 Viruses might be the answer to control blue-green algae blooms according to researchers at Florida Gulf Coast University.

FORT MYERS, Fla. -- Viruses might be the answer to control blue-green algae blooms according to researchers at Florida Gulf Coast University.

This summer biology student Alicia Belony and a research team are studying a virus called phage, which means eat. And at the base of every food chain, there are viruses killing bacteria.

“Blue-green algae is a bacteria, and one of the things we’ve studied in our lab are viruses that can impact that bacteria, so we saw this as an opportunity to apply what we already knew about viruses to tackle this water problem,” said Dr. Sharon Isern, FGCU Professor of Biological Sciences.

At the base of every food chain — there are viruses killing bacteria.

FGCU is researching phage — which literally means to eat — which can either kill or live inside bacteria.

“To see if there’s an increase or a decrease, we want to see a decrease, because that would mean there’s something going on in that tube and it could possibly be a virus,” said Alicia Belony, FGCU Biology student.

If they end up killing the local strains these viruses could be used to treat local algal blooms. And don't worry it's not harmful to people of other organisms because, “these are viruses that specifically impact and target bacteria,” said Dr. Isern.

“I think it's important because it’s allowing me to see the science that I’m doing could possibly have an impact to the local community I’m in right now,” said Belony.

This research is in the early phases and they plan on working on this study through the next school year.