FGCU students listen to frogs to monitor our water quality 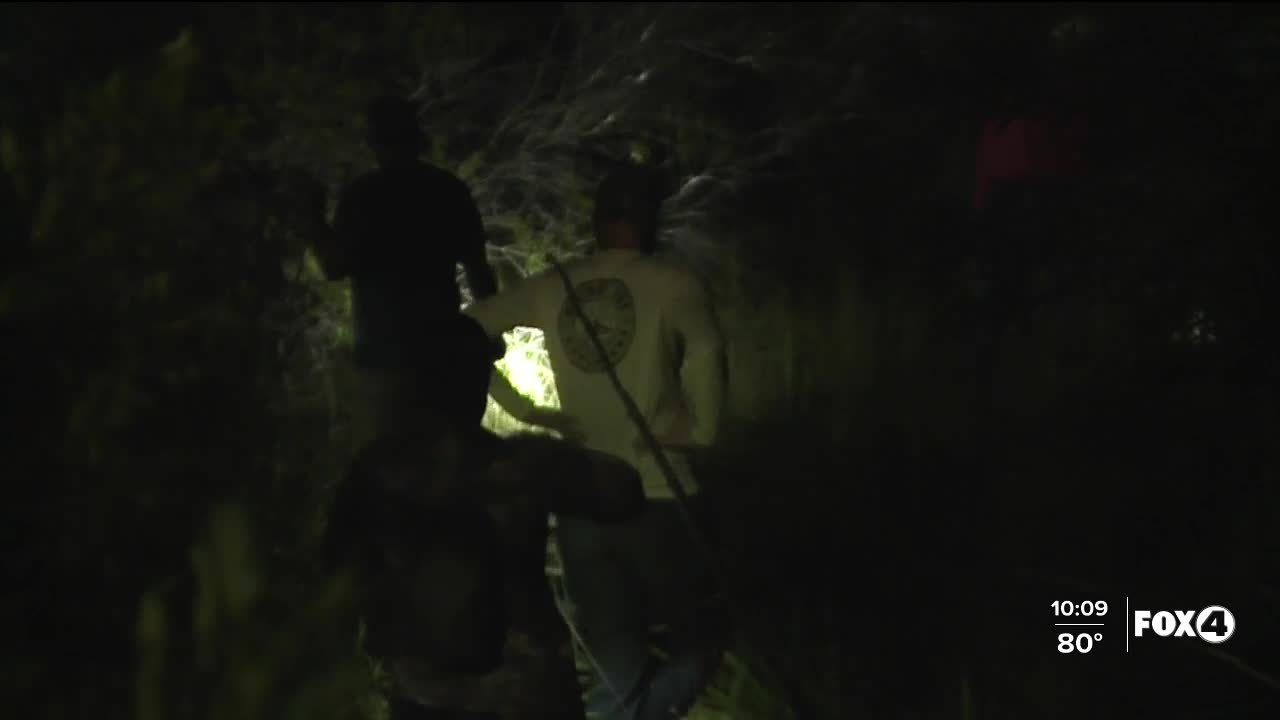 FGCU students listen to frogs to monitor our water quality

ESTERO, Fla — Some students at Florida Gulf Coast University are protecting paradise using their ears, eyes, and lamps – headlamps, that is!

They're spending their nights using their headlamps and flashlights to look for – and listen for - frogs.

"We think frogs are a good indicator of the health of the environment, says their professor, Win Everham.

"If the frogs are ok, the wetlands are ok," adds Everham – who teaches ecology and Environmental Studies at FGCU.

Everham says since frogs' life cycle revolves around the water, they're a kind of "canary in the mine" – telling us how the environment could affect us, humans, in the future.

For example, if the students hear very few frogs or only one or two of the multiple native species normally found in Florida, it could be an indication our water quality is deteriorating.

Eventually, that could hurt the quality of water we use to drink, clean, and bathe with.

Professor Everham says on a typical night; the group moves from spot to spot in the wetland areas at FGCU and the surrounding area.

At each designated area, they stop and listen for about three minutes for all the species of frogs they can hear.

Among the many native species they listen and look for are Green Tree frogs, Squirrel frogs, and Pineland Tree frogs.

The group also keeps their eyes and ears out for the sounds and sights of invasive species like Cuban Tree Frogs and Cane Toads.

Fewer native species and more invasive ones could be a sign the wetlands are under too much pressure from artificial drainage and other techniques that go along with development.

"You also listen for other things," says Alex.

"Insects, birds that call at night."

"Everyone once in a while you hear a Barred Owl," he adds.

It's not all about ecology and biology, though.

For some, it's more about psychology – with a very personal perspective.

"I have a fear of frogs actually," she says.