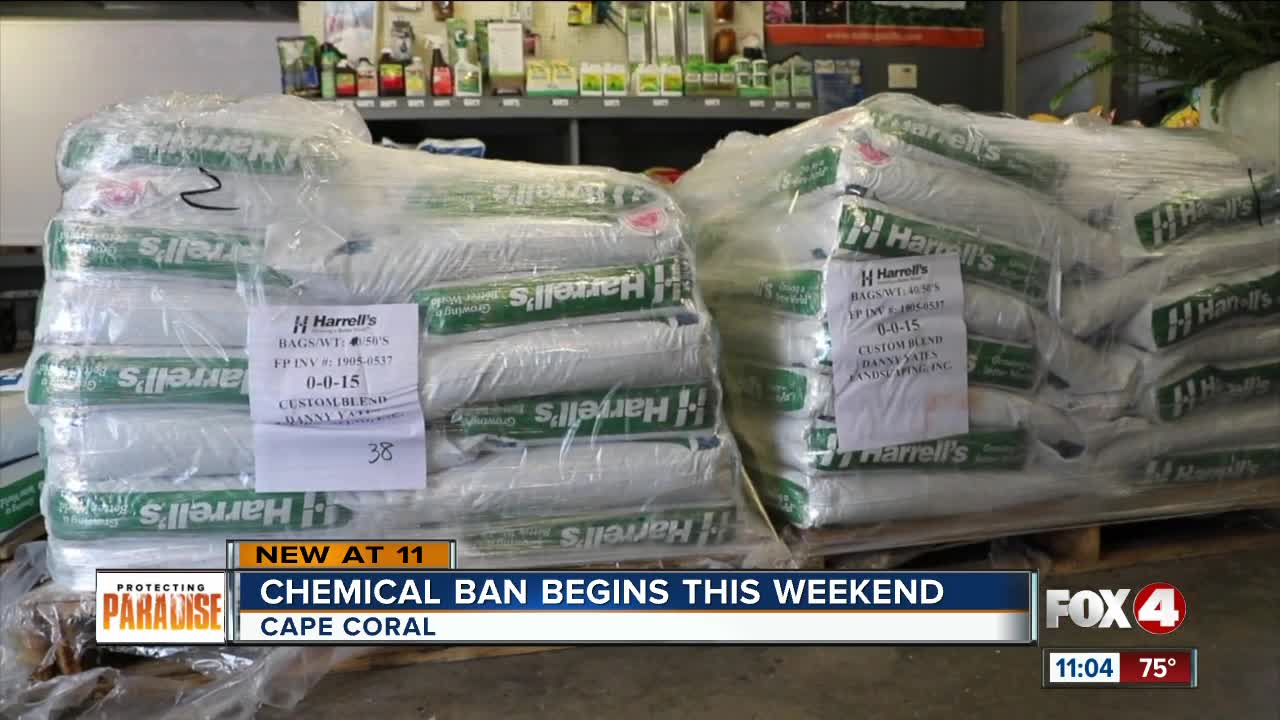 CAPE CORAL, Fla. — Check your garage because if you use fertilizer on your lawn, certain chemicals are banned starting this weekend and if used you could be facing a fine.

Cape Coral has fertilizer restrictions year round, but there's a blackout period starting June 1st to the end of September during the rainy season.

"it's contributing to the algae bloom and the death of our waterways." Mitzie Winkleman, Danny Yates Landscape Nursery

Starting June 1st Danny Yates, Landscape Nursery is pulling fertilizer with those chemicals off the shelves and selling just a 0-0-15, so you aren't getting your nitrogen, but you can get that from the rain.

The zero's stand for the levels of nitrogen and phosphorous which the city of Cape Coral says is fine to use during the fertilizer ban.

"We are trying to prevent rainfall and runoff from carrying this fertilizer off to the canals." Craig Hankens, Environmental Biologist ,City of Cape Coral

Fertilizer helps the grass grow, so when mixed into our waterway, it does the same by feeding algae blooms year round, you are limited to the amount of nitrogen used on your lawn.

To measure how much is allowed an average lot in Cape Coral is about 10,000 square feet, and no more than four pounds of nitrogen is to be used per one thousand square feet

The city also has a fertilizer calculator on its website.

"It's not going to be quite as green, but the rain is going to be providing that nitrogen for them." Mitzie Winkleman, Danny Yates Landscape Nursery

Although it isn't the only solution to protecting our water , "we have to start somewhere, so we are starting here." Mitzie Winkleman.

If you don't comply, you could get fined. The city's code enforcement regulates this, and the first violation is $100 dollars and can cost you up to $500.