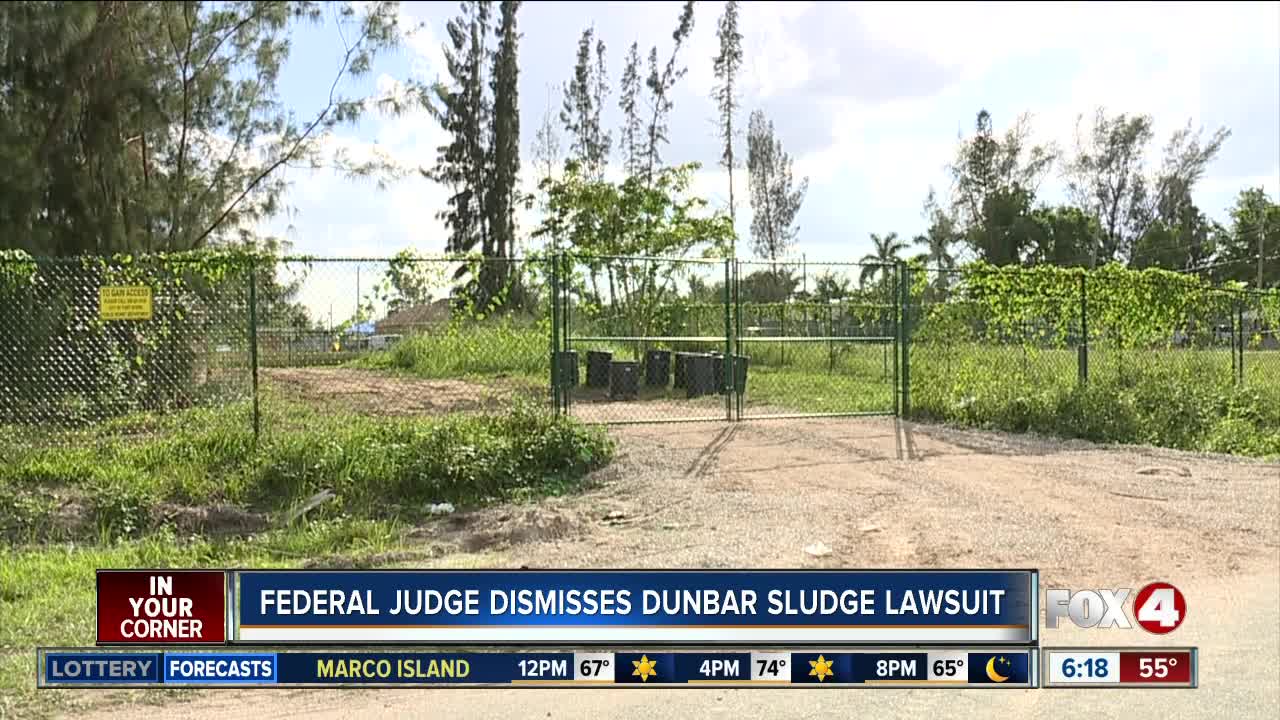 They claimed the city dumped toxic sludge without notifying neighbors, and did so for years.

FORT MYERS, Fla. -- People who live in Fort Myers are weighing their options after a judge dismissed a lawsuit against the city over the Dunbar sludge site.

They claimed the city dumped toxic sludge without notifying neighbors, and did so for years.

The case could move to state court, according to the attorney, or they can file an appeal.

The site has since been cleaned up and there are now plans to turn it into a park.