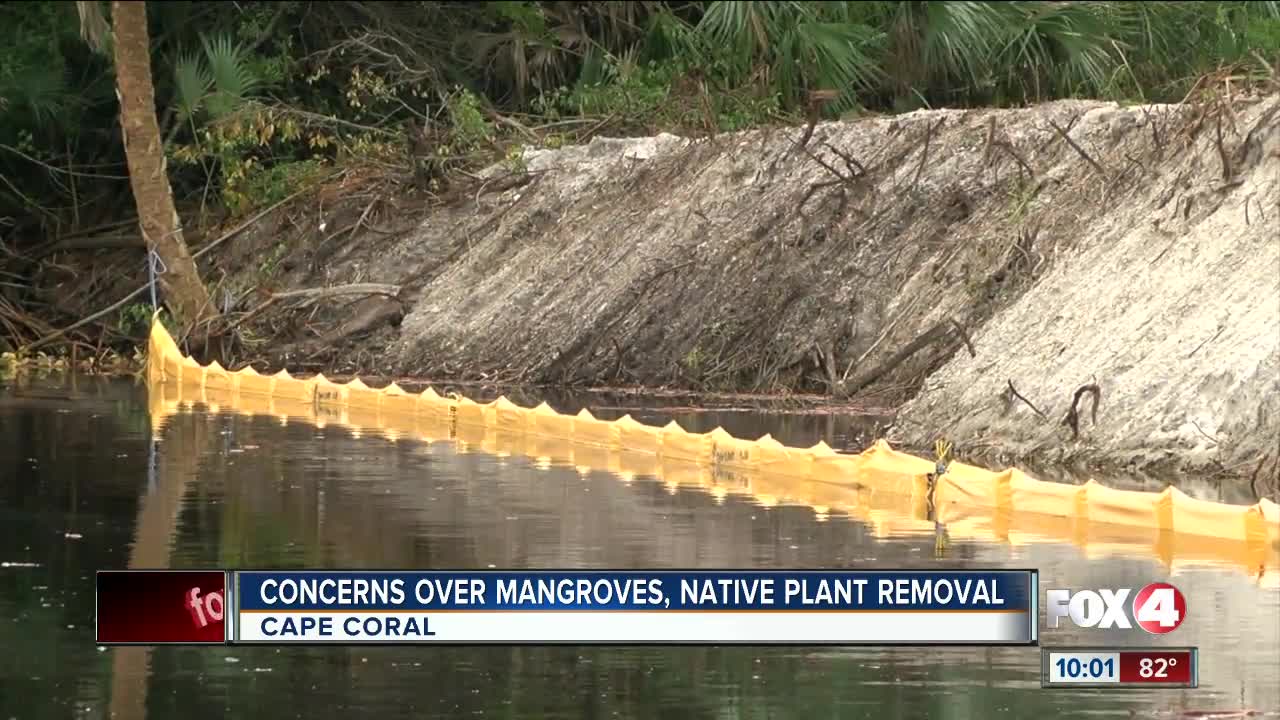 People living along a Cape Coral canal are upset over a project meant to remove invasive vegetation, saying city crews ripped up mangroves and other native plants in the process. Earlier this week, the DEP sent the city a warning letter over four possible violations with the project.

CAPE CORAL, Fla. — People living along the Coral Pointe Canal in Cape Coral are upset over a project meant to remove invasive vegetation, saying city crews have ripped up mangroves and other native plants in the process. Earlier this week, the Department of Environmental Protection sent the city a warning letter, writing that a DEP inspection revealed four possible violations with the project, including unauthorized impacts to wetlands.

The Coral Pointe Canal is on the northern edge of the Four Mile Cove Ecological Preserve. The vegetation was removed from the south bank of the canal, across from homes on the north side.

"A lot of people are upset over this," said Eric Budzisch, who lives along the canal across from the torn-up bank. "It's always been a part of where we live."

Joanne Payne, who lives a few houses east of Budzisch, is upset over the loss of mangroves.

"They are not supposed to be cut down, but they were just completely uprooted," she said.

Payne is concerned for the wildlife that she said was disturbed during the vegetation removal.

"As the backhoe was coming closer to my home, I could just hear the birds screaming," she said.

The letter from the DEP, addressed August 6 to Cape Coral City Manager John Szerlag, said that the possible violations "may result in liability for damages and restoration, and the judicial imposition of civil penalties."

In an email to Fox 4 from city spokeswoman Maureen Buice, she wrote: "The purpose of the maintenance work was removal of invasive exotic vegetation from the canal bank, which impeded drainage and restricted navigation. The vegetation had overgrown more than half of the canal restricting safe navigation for boaters."

"The City is fully committed to protecting our environment and we are working jointly with the Florida Department of Environmental Protection to address these issues and prevent future issues," Buice added.