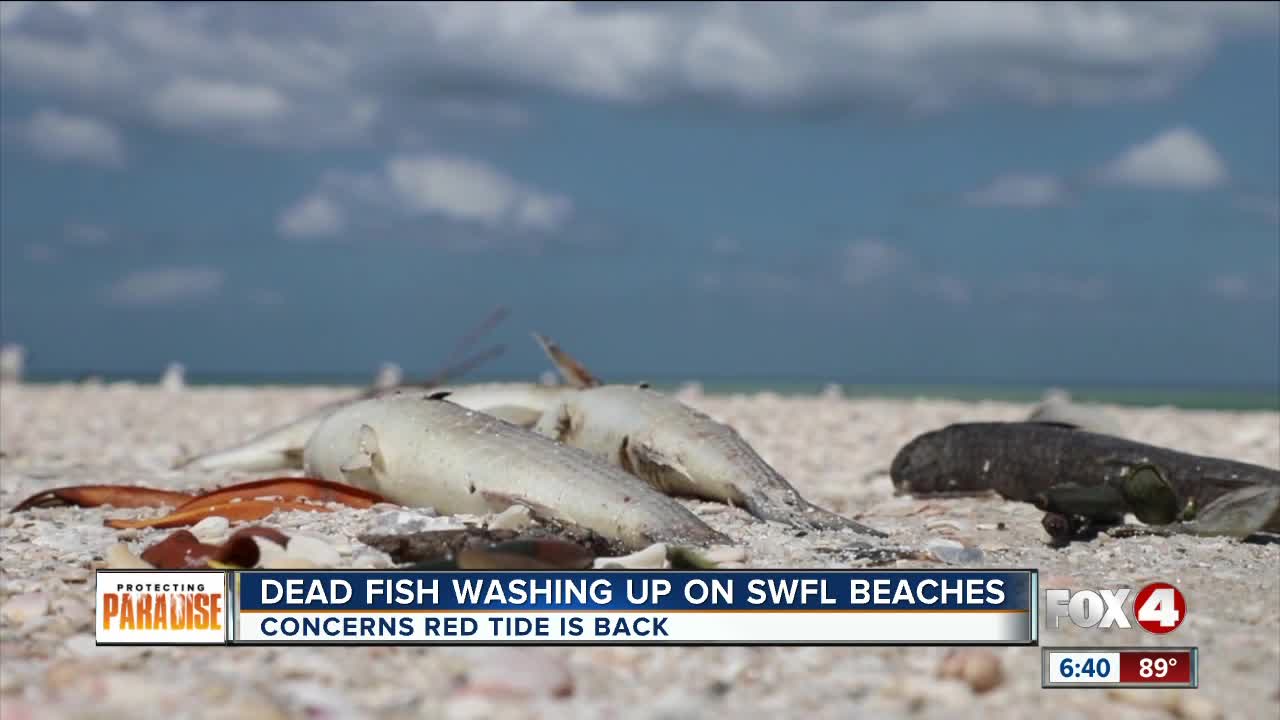 Dead fish are washing up on some Southwest Florida beaches and officials fear red tide is to blame.

COLLIER COUNTY, Fla. -- Dead fish are washing up on some Southwest Florida beaches and officials fear red tide is to blame.

Low concentrations of the toxin have been reported off of Captiva Island and Collier County.

From Bonita Beach to Naples pier dead fish have been spotted. According to a press release from the city of Naples, the latest water sample was taken last week four miles off shore showing low levels of red tide.

Handfuls washing ashore at Clam Pass Park, most of them mullet.

“Mullets tend to feed with their mouths open, and they are filtering our particles and the red tide cells hit their gills and the bones,” said Dr. Mike Parsons,Professor of Marine Science, at Florida Gulf Coast University’s Water School

Dr. Mike Parsons,Professor of Marine Science, at Florida Gulf Coast University’s Water School says the toxins go right into their bloodstream and since that’s how they breath red tide can be especially lethal for mullet.

“Red tide produce toxins, we don’t know why they produce toxins, but these toxins kill fish, and they can also effect people, when the toxins get up into the air, the sea spray, your eyes water, nose run, make you cough,” said Dr. Parsons

“It looks there are some patches that may be elevated, but it’s not wide spread like we saw it last year,” said Dr. Parsons.

The 2018 red tide bloom was one of the longest, lasting 18 months. Right now Dr. Parsons says it hard to predict if it’ll intensify because other factors contributed to last years.

“Once it’s a bloom we can’t do anything to control it or to combat it,” said Dr. Parsons.

The latest sampling taken by Florida Fish and Wildlife Commission was Monday and the results should be in Wednesday.

The city of Naples will be displaying signs for beachgoers as a precaution. The city will also be cleaning up dead fish as needed.