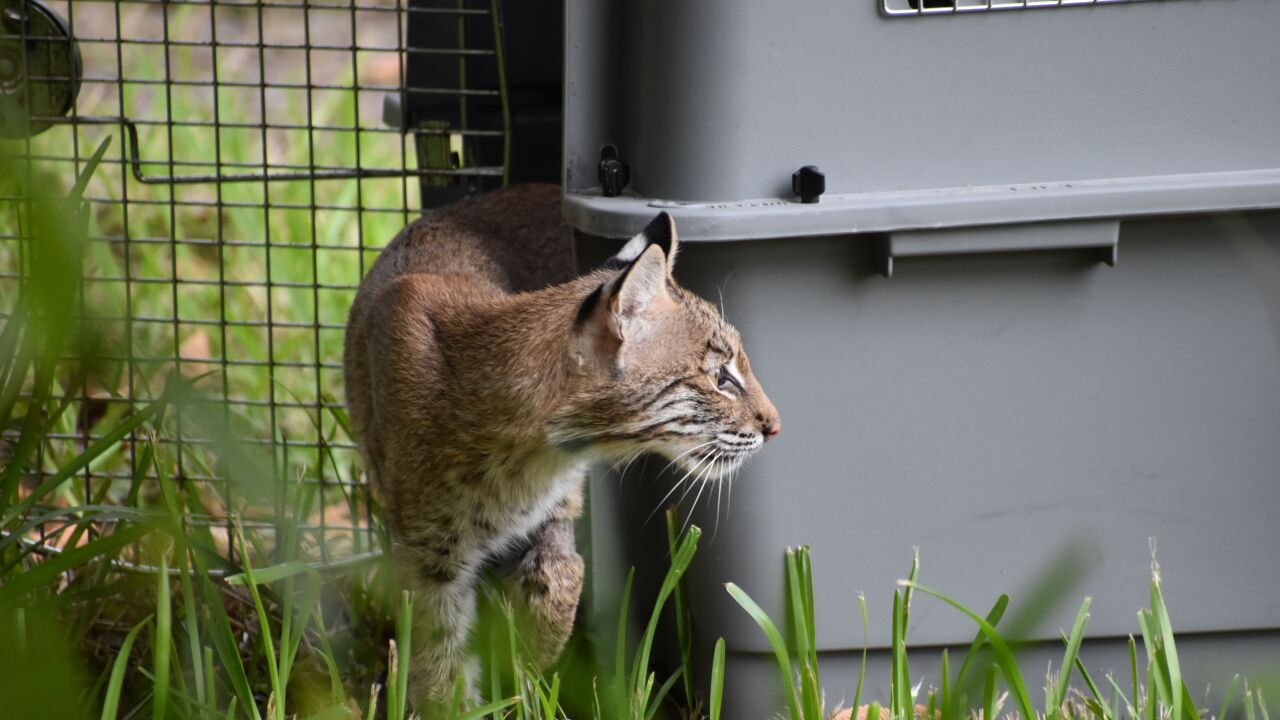 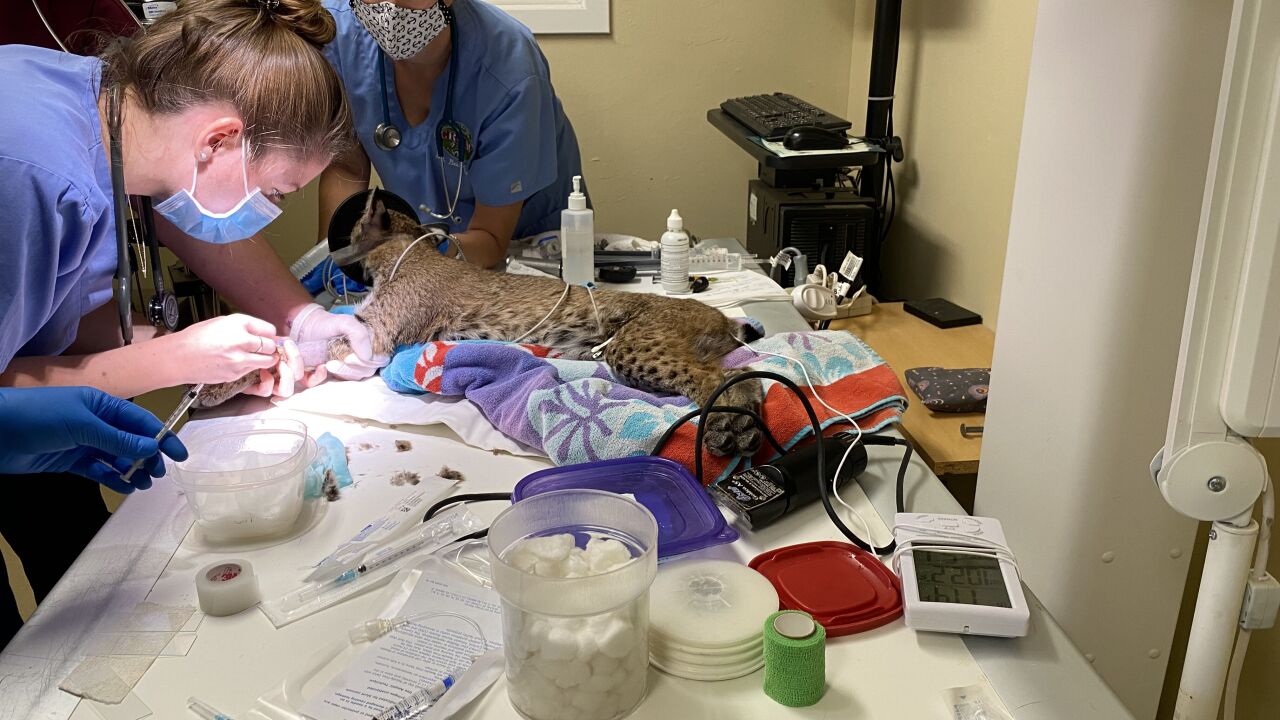 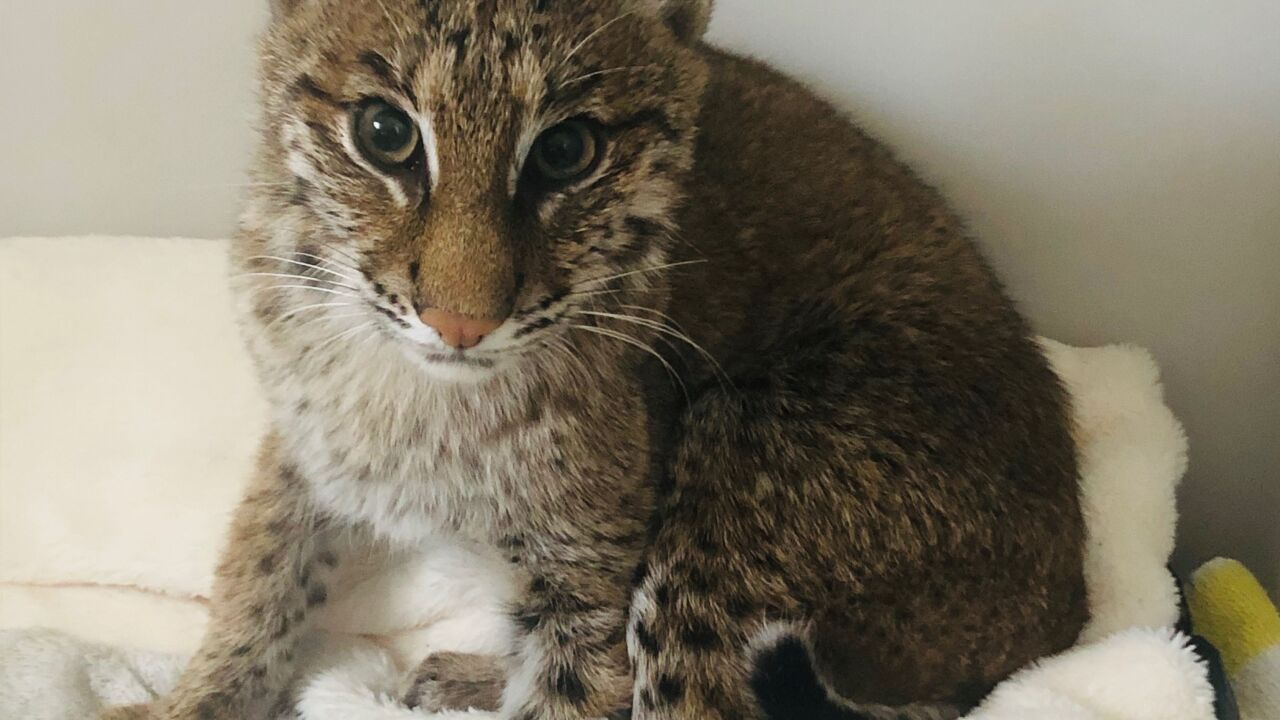 SANIBEL, Fla. — A Southwest Florida wildlife clinic treated and released a female bobcat on Thursday after it was hit by a car on Buckingham Road in Fort Myers.

The Clinic for Rehabilitation of Wildlife says the cat was hit on May 7 as it was crossing the road.

They were able to rush the bobcat to Blue Pearl Pet Hospital in Fort Myers, which is a 24-hour drop off location for CROW.

A CROW staff member picked up the cat and took it to the wildlife hospital in Sanibel.

CROW says the bobcat arrived at the hospital quiet, but alert.

Veterinarians say ultrasound showed signs of trauma to the lungs, so they placed a catheter in the leg to administer fluid therapy and medications.

CROW says by the next morning; the bobcat was much brighter and more alert.

She was kept in the intensive care unit for a couple of days to monitor her recovery.

CROW says she was then moved to an outdoor rehabilitation enclosure, where she continued to be monitored closely.

After careful examination, she was released back into the wild.