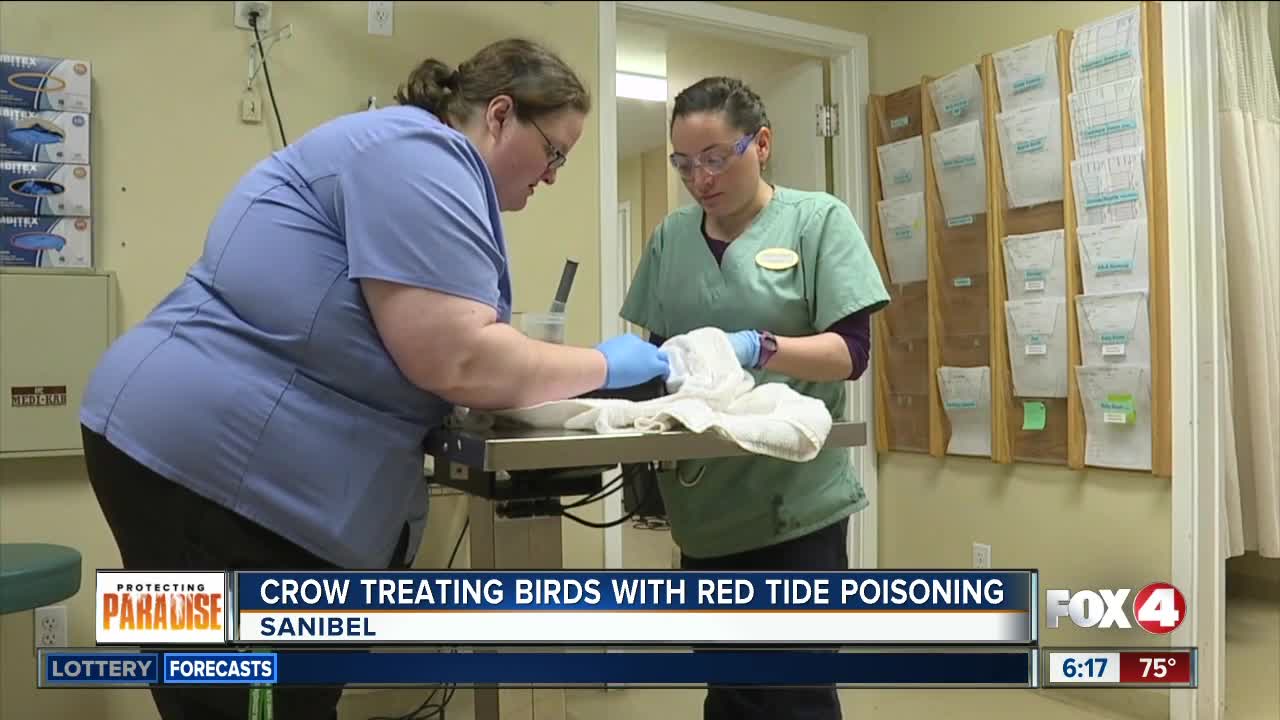 Wildlife veterinarians at the Clinic for the Rehabilitation of Wildlife say they've recently treated half a dozen birds with symptoms of red tide poisoning.

LEE COUNTY, Fla. -- Wildlife veterinarians at the Clinic for the Rehabilitation of Wildlife say they've recently treated half a dozen birds with symptoms of red tide poisoning.

They were found mostly in Lee County on Sanibel Island.

Birds infected may stumble around and shake uncontrollably because red tide affects the nervous system.

Even though vets say it's common to see, this time of year, red tide poisoning could point to a larger problem. “Wildlife can kind of serve as an early warning system that kind of lets us know, as humans, ‘hey, there maybe something going on with this ecosystem’ that could affect human health as well,” says Dr. Heather Barron.

But CROW says FWC and NOAA should take a closer look.