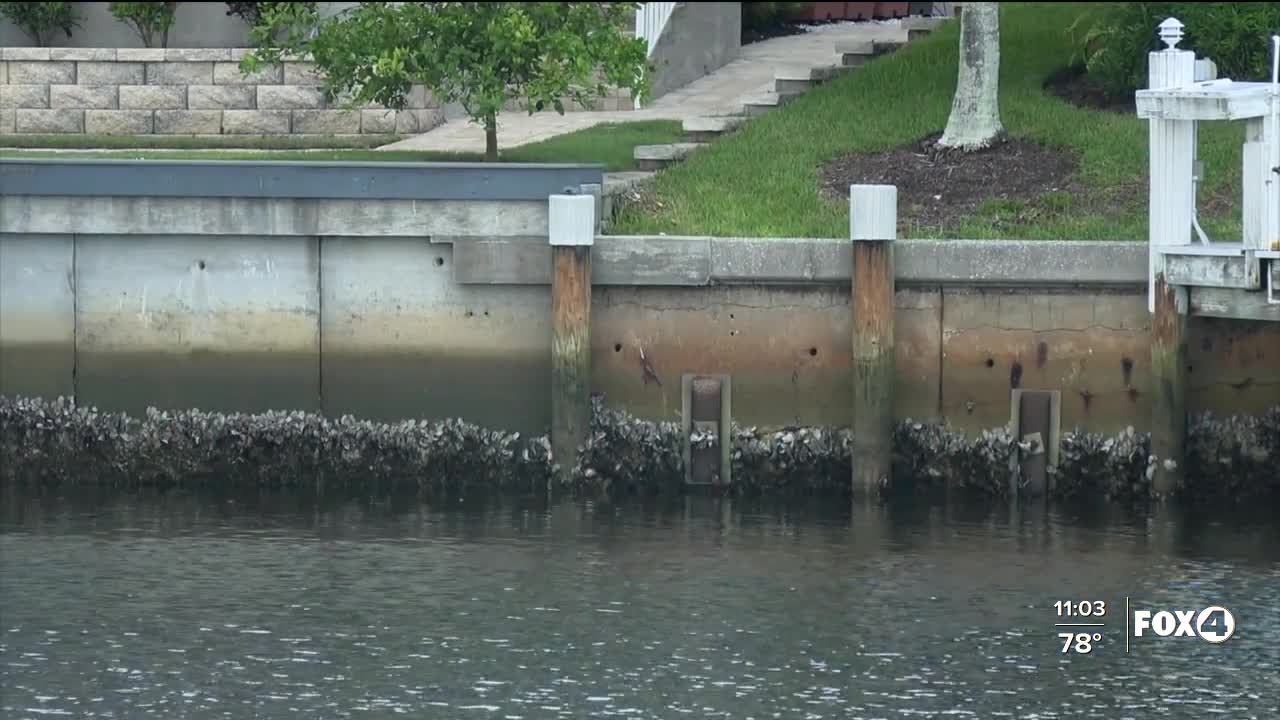 MARCO ISLAND — Marco Island may be about to put its foot down on marine manufacturing.

The Planning Board just voted to make it illegal to build sea walls in vacant lots on the island, but we’re hearing from a contractor who says that could make prices skyrocket.

Duane Thomas has been building sea walls for decades on Marco Island. He says right now, there are a lot of them that will need to be replaced soon.

“At least 70, 75 miles are going to have to be done, in my estimation, my 35 years experience doing this, in the next 5 years," said Thomas.

But he says, if he’s not allowed to build on vacant lots anymore, those sea walls are going to get a lot more expensive.

“I can get the panels made off island, but the prices exactly double what I pay to make them myself. Instead of $85 a foot to make, they cost me $170 a foot. So that cost is immediately going to get transferred over to the homeowner," said Thomas.

The problem is, building sea walls next to homes is messy business. The lots often have dumpsters and debris, and a crane has to come in and drop the sea wall into place. That’s a disruption that Council Chairman Eric Brechnitz says can’t continue.

“If you’re a homeowner, and every other year, you have to put up with a manufacturing facility right next-door to you, it’s terrible for your quality of life," said Brechnitz.

But Thomas says, quality of life isn’t improved by forcing homeowners to pay transportation costs on top of the price of a new sea wall.

“There’s not a simple solution. This is not the right one. The only thing this is going to do is drive the prices up. We’re still going to have all the issues and all the problems," said Thomas.

Marco Island City Council will be discussing the proposed sea wall regulations at its meeting next Monday, starting at 5:30 p.m.