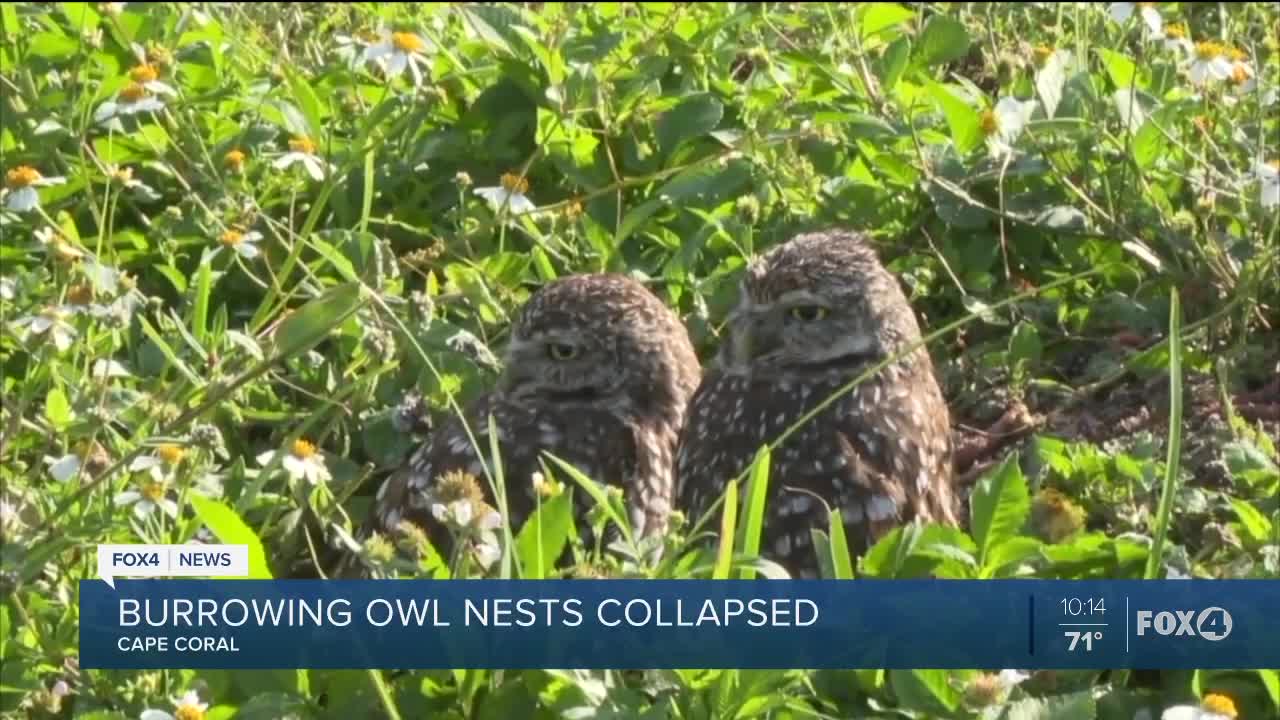 People in one Cape Coral neighborhood are looking for answers after a construction company collapsed several burrowing owls’ nests.

They want to know what happened to the owls who lived in those nests.

Burrowing Owls have been part of the neighborhood — which sits just off Cultural Park Boulevard — for many years.

"I love these animals, we watch them every morning, every evening, my wife and I come out and just sit and watch them," said Reverend Daniel Edwards Jr., who lives in the area.

But now, several of their nests have been destroyed.

Florida Fish and Wildlife Conservation Commission (FWC) confirmed D.R. Horton did get a Migratory Bird Nest Removal Permit, which permits the company to destroy up to 4 "inactive nests."

FWC defines inactive nests as those that do not contain eggs or flightless young owls.

"Right now, we don't even see them around; we don't know where they are," said Edwards. "Maybe they are afraid, scared, and probably just flew off somewhere."

FWC says the Migratory Bird Nest Removal Permit does not permit the relocation of burrowing owls.

A copy of the permit submitted by H.R. Horton states the construction company can only non-lethally encourage the adult owls away from the burrow without making physical contact.

"I think if they want to move them and build, they should at least find a new sanctuary for them, instead of just destroying their sanctuary and leave them hanging," said Edwards.