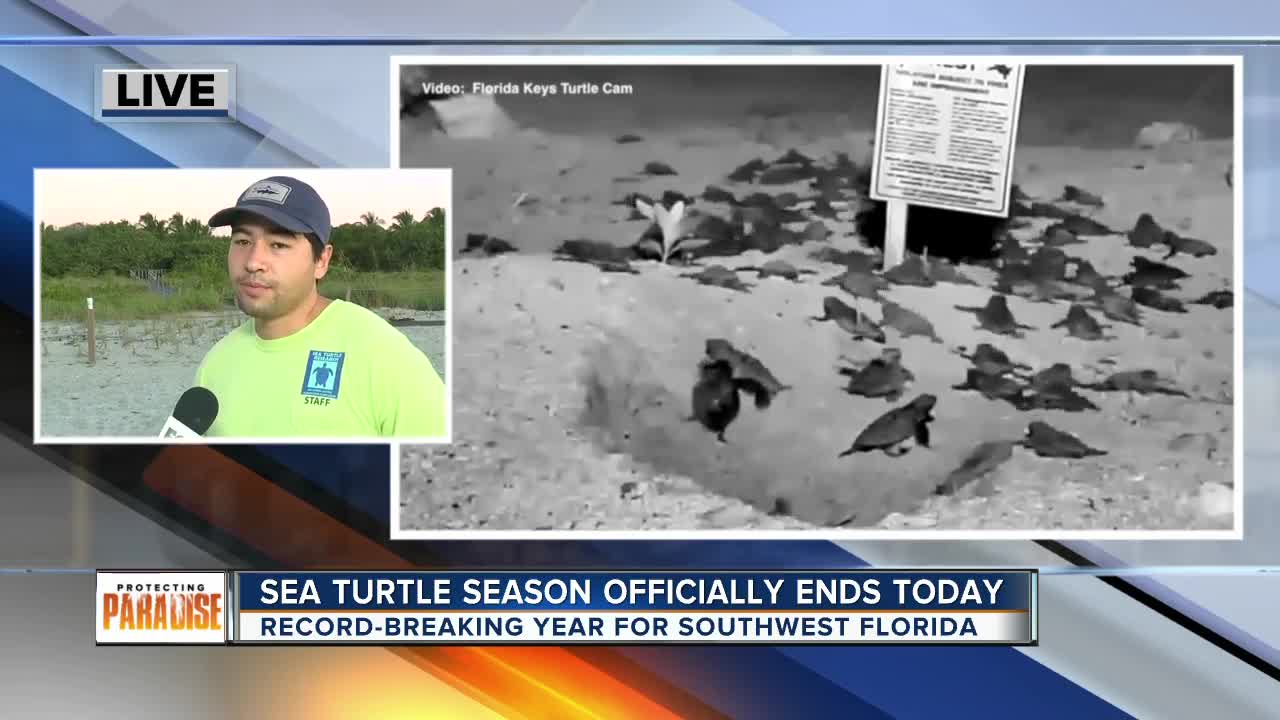 The Sanibel Captiva Conservation Foundation spoke only with Fox 4 this morning on its red tide research project to measure the impact on sea turtles. The foundation is studying both stranded and nesting sea turtles to learn more, as the islands continue to see concentrations of red tide.

SANIBEL ISLAND, Fla -- The Sanibel Captiva Conservation Foundation is wrapping up a record-breaking sea turtle season, which will officially end Thursday. The success is thanks in large part to a record number of hours put in by community volunteers working to protect paradise on both islands.

The tally shows a record number of 48,444 hatchlings on both Sanibel and Captiva Island. SCCF is calling this its "comeback season." Not only did it record a record number of hatchlings, the foundation also said it saw the second-highest number of nests on record for both Loggerhead and green sea turtles.

Sanibel was just 24 nests short of its record for Loggerhead nests and Captiva just one nest shy of its record.

According to SCCF, nearly 100 volunteers logged 5,426 hours this season, the highest number ever.

The foundation also saw success with several research projects. One in particular is geared toward better understanding the impacts of red tide on sea turtles. SCCF said it’s studying the impacts on both stranded and nesting sea turtles, to see if there's any possibility of impacts transferring to hatchlings.