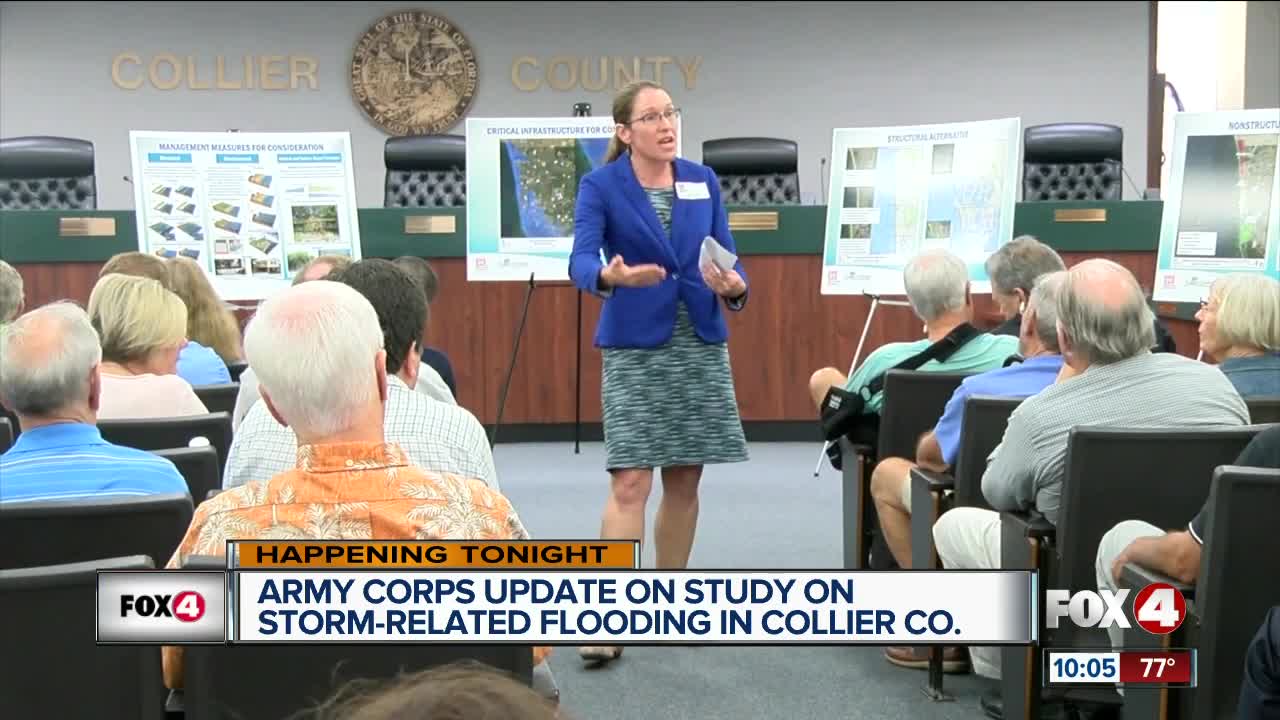 The U.S. Army Corps of Engineers gave collier county residents an update on its three-year study into storm-related flooding in the area.

NAPLES, Fla. — When it comes to storm-related flooding, everyone's got a story in Collier County.

"In Irma, we live in a circle, and it was like we were in a moat," said Naples resident Patricia Forkan.

"Wilma came two feet over my seawall. And about 20 feet away from the house," said Collier County resident Frank Perrucci.

Stories like theirs are why the U.S. Army Corps of Engineers has taken on a three year storm surge study in the county.

According to the Chief of Planning for the U.S. Army Corps of Engineers, Susan Conners, the initiative costs $3 million and is completely government funded.

"We're looking at the beaches and whether or not the beaches need to be wider or higher. And in addition to that we're able to look at those inland areas as well," said Conners.

Researchers are already one year in to this study and on September 9, they gave those who live in the area an update on the work they've been doing.

There are two big takeaways that stood out.

For one, the U.S. Army Corps of Engineers is looking to nature to help determine their course of action.

"For most of the mangrove restoration we are looking at where do mangroves already occur and that they're benefiting and providing that coastal storm risk reduction and then can we augment and plant more mangroves that would just improve that buffer," said Conners.

Second, the U.S. Army Corps of Engineers may recommend the removal of some coastal buildings to help reduce repeat flooding.

"There are some instances where it does make more sense to actually acquire buildings and turn it into green space," said Conners.

It's a possibility that Perrucci welcomes.

"When you build these new developments you are covering surface of ground that water used to be able to go to and dissipate."

The U.S. Army Corps of Engineers will be holding its next update meeting in January of 2020 and will release an initial recommendation in March.

If you live in the area, you have until October 12, 2019 to submit your comments and questions about the study to the U.S. Army Corps of Engineers.