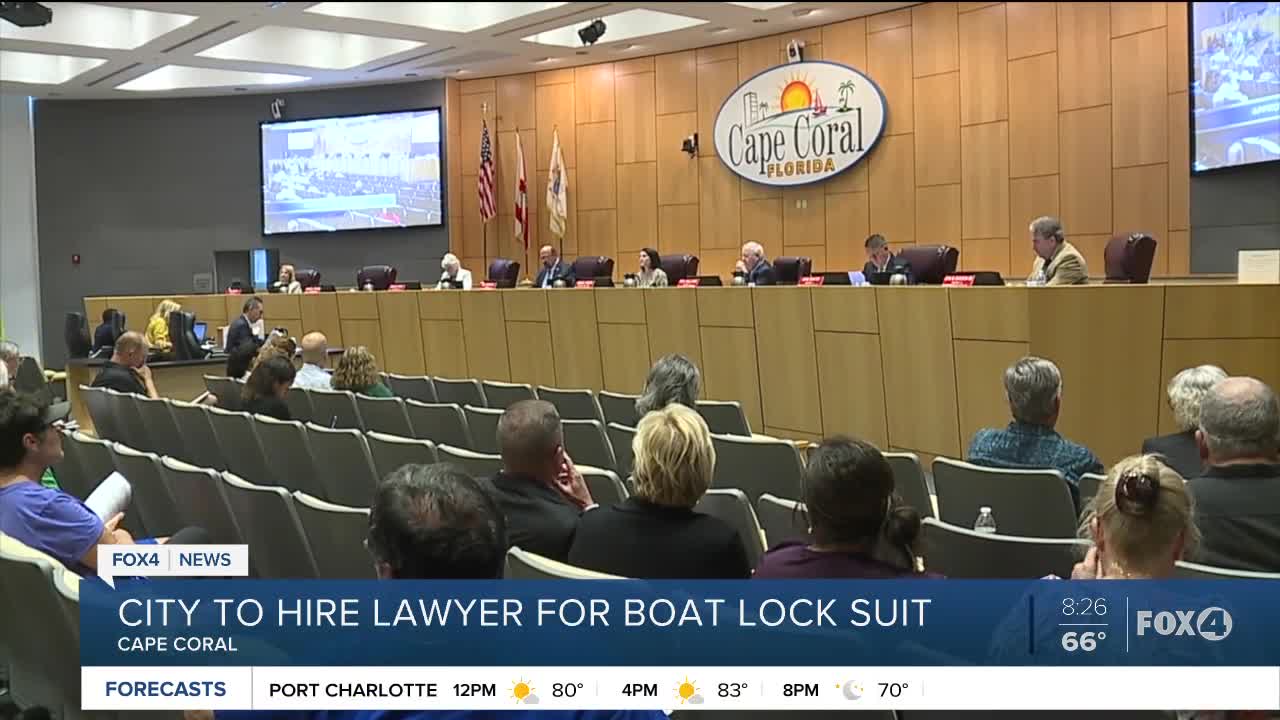 City Council approved to move forward with the removal of the Chiquita Boat Lock and hire a lawyer to represent them.

CAPE CORAL, Fla. — The City of Cape Coral has decided to move forward with removing the Chiquita boat lock.

Council members approved paying a law firm $100,000 to represent them in a lawsuit filed against the city by the Matlacha Civic Association.

The lawsuit aims to keep the lock, saying it protects freshwater in the canal.

The city wants to put a sea wall instead of the lock.