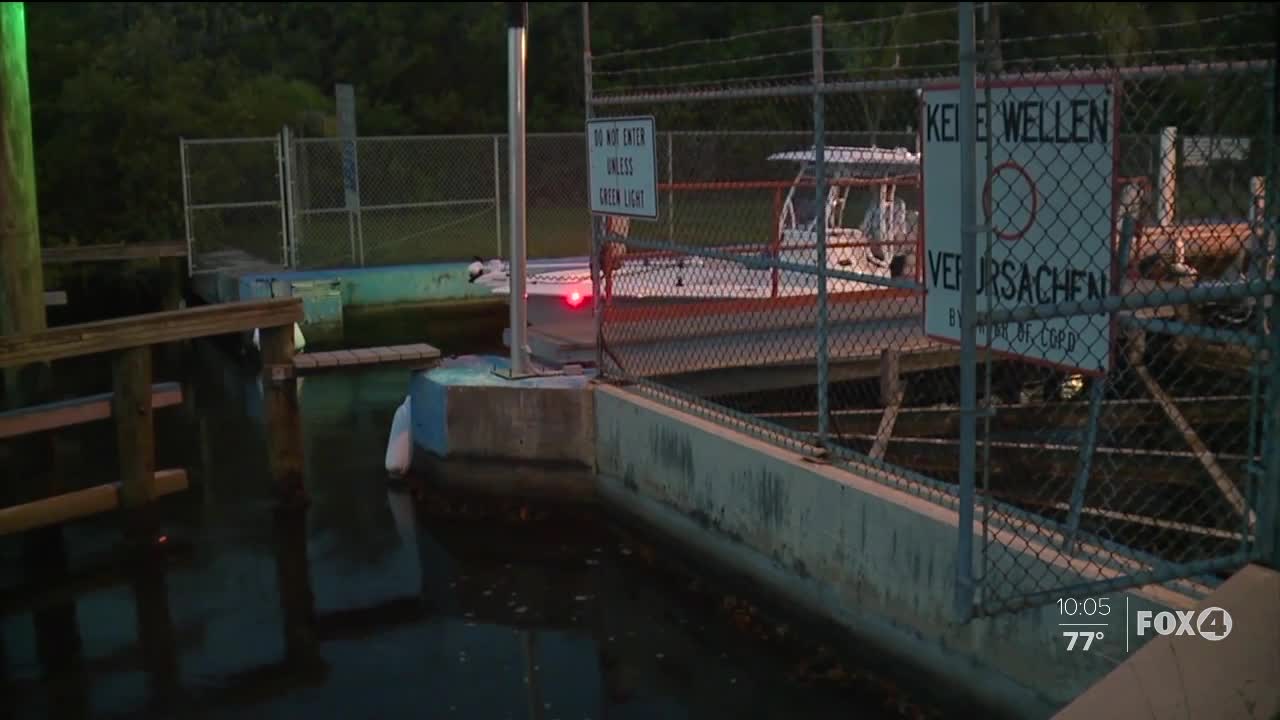 The Cape Coral city council is taking another swing at trying to remove the Chiquita Lock. The council voted Monday to reapply for a permit to start the process.

CAPE CORAL, FLA — Removing the Chiquita Lock, is back on the table for the city of Cape Coral.

It's council voting Monday, to re-apply for a permit to get rid of it, after the last application was denied by the state Department of Environmental Protection in March.

The vote brought opinions from those for the removal, who say the slow moving lock causes long lines for boaters.

"The approach to the lock gets more congested every year," said Steve Crane.

"Even the wildlife would have a lot more habitat and so forth," said one resident.

"It is imperative that we address the lock's impact on the public boater safety and the safety of marine life," said another resident.

But there are plenty who are against the move and say it would hurt the environment.

"They want to get rid of the lock to make it easier for boats to get out," said Michael Hannon of the Matlacha Civic Association, "Why isn't the proper solution to invest the money in a high-speed lock."

"Do not support a few homeowners who will benefit dollar-wise in home values by this removal," said one resident.

"I need to be sure that the environment is not damaged by this decision," said councilwoman Jessica Cosden.

There were also concerns about the city's choice to keep the same law firm that handled the city's recent losing bid to remove the lock.

It's been revealed that the firm would be charging the city at least $400,000 for the same services this time around.

"The Manson group is not a courtroom savvy group," said a resident.

"If there's any improvement that could be made along those lines, that's worth considering," said another man.

Ultimately, the council voted to move ahead with the permit application. Though they say they will look into beefing up it's legal team and will also consider making some temporary safety improvements to the locks for boaters.

"This is a question of science and they are closing their eyes to science," said Hannon.

The city council adds that they expect to hear back from the state DEP about it's permit application by December at the earliest.