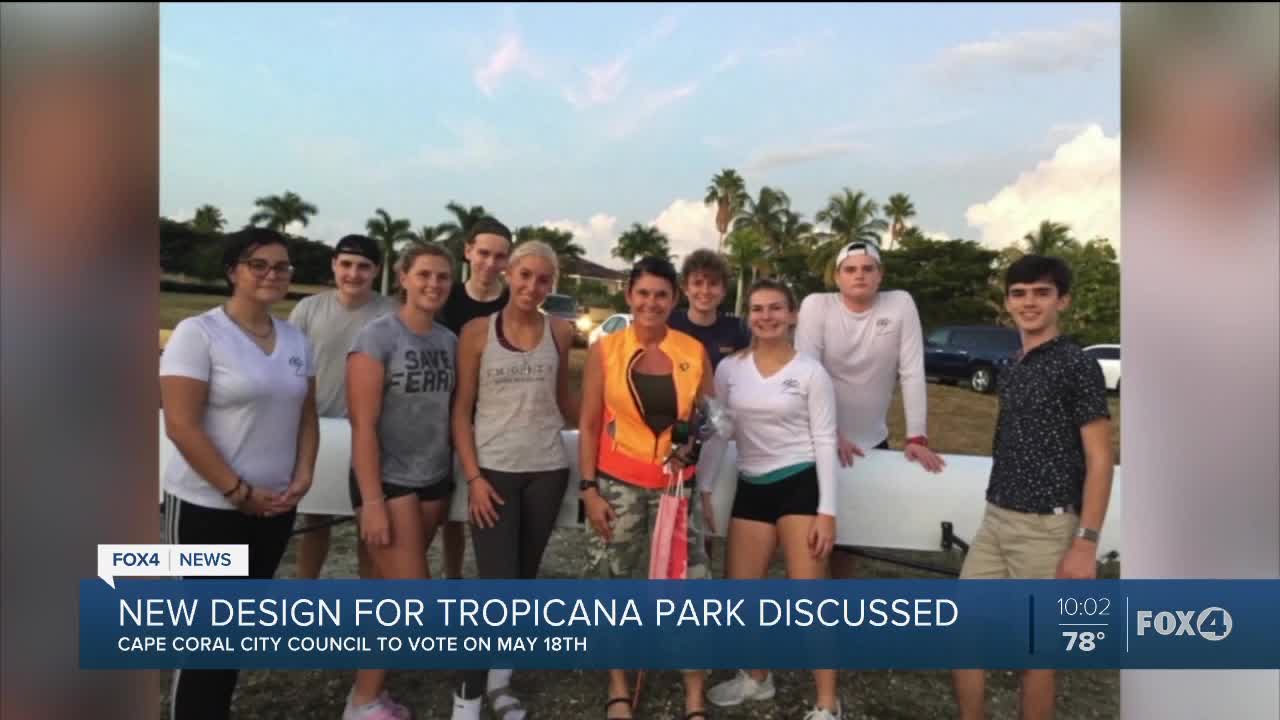 On Monday night, the Cape city council votes on Tropicana park redesign after months of discussion.

CAPE CORAL, FLA — "The rowing crew doesn't function unless everyone is working together. So the level of teamwork is off the chart."

And after a vote of confidence from the council, she more or less got it.

But only after more than two hours of intense discussion about Tropicana park.

The issue was whether or not to go forward with a tax-payer funded park design, that would include space for boaters like the Cape Coral rowing club.

"Please don't make a decision in 2020, that we're going to regret in 2030," said John Bashaw the President of the Northwest Cape Coral Neighborhood Association.

The plan was originally approved back in December, but was stalled by members of the neighborhood association, who say those boaters should instead be rerouted to Crystal Lake park, which is being built in a more remote part of the city.

They argue this plan keep the smaller boats away from bigger motorized ones and that it's forward thinking.

"In the future we may have bigger plans. Like we may want to develop an Olympic training facility," said Bashaw.

"We're not going to go to the Olympics for heavens sake. This is a way to get out and lose stress," said Weston.

Ultimately, the city chose to keep the rowers at Tropicana park and voted to add on more green space.

"Putting these two clubs there is so logical it's unbelievable," said council member Rick Williams.

The city council is planning to carry out a final vote to approve this new park plan on May 18.