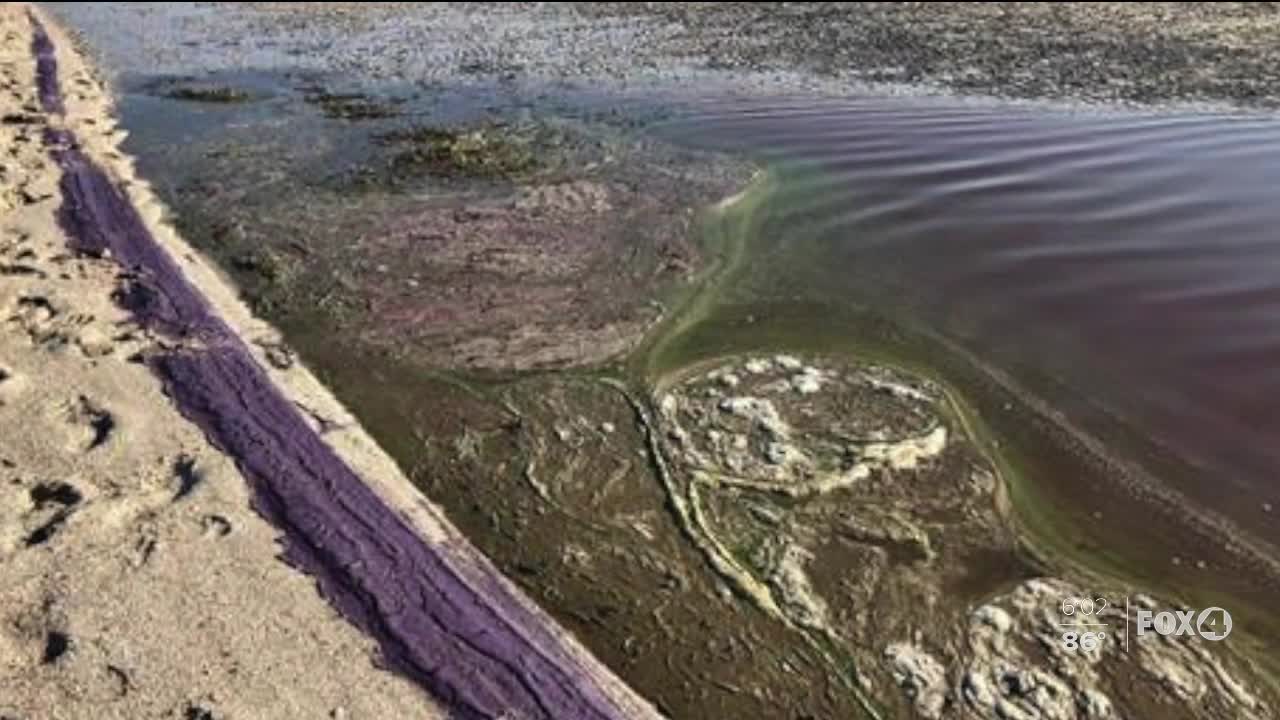 While it’s not red-tide, some researches have concerns.

This week, patches of Trichodesmium blooms were spotted from Bonita Beach to Gordon Pass.

A sight Calusa Waterkeeper, John Cassani says, is not uncommon this time of year.

“Climate change, all the extremes we’re seeing, rainfall, and temperatures, has kind of brought this issue out of the box a little bit,” said Cassani.

Trichodesmium is a type of marine cyanobacterium or blue-green algae, typically found off-shore.

While some strains of blue-green algae do produce toxins, researchers have not documented any negative effects on people in Florida or marine life from Trichodesmium.

It’s more of a nuisance — producing a sickening sweet smell and resembling sawdust.

“When it washes up on the beach or near the beach, that creates kind of a visual problem for some tourists and residents who don’t like to see it because it causes discoloration to the water,” said Cassani.

What concerns Cassani are the possible results from Trichodesmium blooms.

“Sometimes, Trichodesmium is a precursor to red-tide, but there’s really no guarantee that will happen,” said Cassani.

“It depends how big the Trichodesmium bloom is as to whether it’ll do that or not, or if the red-tide organisms respond or not,” said Cassani.

In 2017, Southwest Florida was hit hard by a ride-tide bloom that lasted until 2018.

“Once the red-tide bloom starts, then it grows, water currents and the wind move it around, and it can grow exponentially once the bloom starts,” said Cassani.

Cassani says researchers will have to continue to monitor the Trichodesmium algae.

He hopes stormwater runoff doesn’t generate more of these blooms.