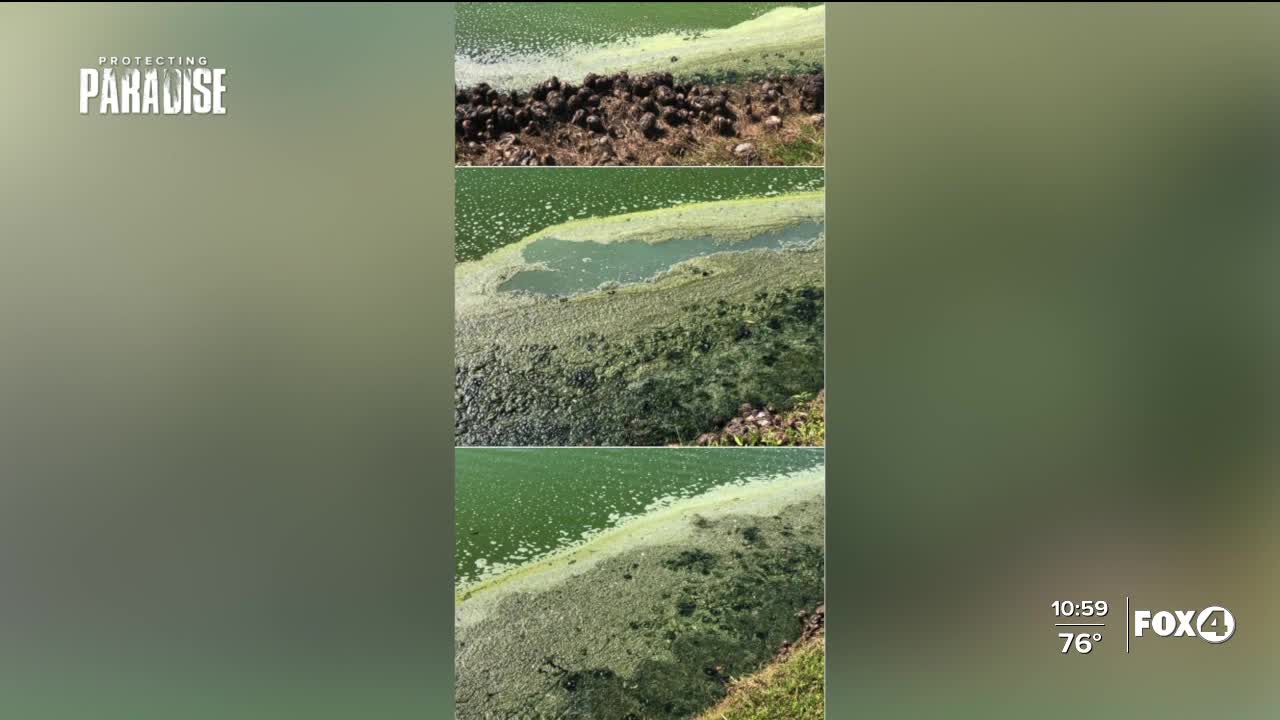 The abundance of Blue - Green Algae is raising many concerns in Bonita Springs. Mayor Simmons and residents say they want to find the source and solution to this ongoing problem.

BONITA SPRINGS, Fla. — Blue-Green Algae, while it might be colorful, it's not healthy for our waters. Residents say it's an eyesore and hope to find what's causing the problem, including Mayor Peter Simmons.

"There was Blue-Green Algae in the lakes, tested by FGCU confirmed by FGCU, that it was Blue-Green Algae, they came and dumped the chemicals in and it did disappear for about 7 - 10 days, but then the problem came back. The residents don't like it," said Mayor Peter Simmons.

Mayor Simmons says Blue - Green Algae is not only affecting his community but many other communities and waterways.

While Blue - Green Algae bloom is an ongoing problem in Southwest Florida, Dr. Barry Rosen, with the Florida Gulf Coast University Water School, says we could start to see a change.

"Cyanobacteria like it very warm, so even the small change in temperature, that we are starting to see now, even cooler nights, they are already full-grown and don't like any changes so as temperatures start to change they are going to decrease," said Dr. Barry Rosen.

Feeding off nutrients like fertilizers and other resources, Rosen says this type of algae could have harmful effects on wildlife.

"Birds a little more susceptible as well, so unless you're seeing mammals nearby drinking that water and passing away, it will have less of an ecological impact, and the most would be most likely be dissolved oxygen issues for fish," said Dr. Rosen.

Rosen says while it might not always be as clear as these images, he advises everyone to be cautious and stay away from the algae.

"My advice is to keep yourself and your pets out of the water; you don't want that material getting onto the fur of a pet, and then they lick it off, and then potentially consuming it if there are toxins in there, they could get a dose of toxins which could be deadly. You don't want anyone drinking that water, you don't want any children exposed to that water and certainly no pets either," said Dr. Rosen.Mayor Simmons and other members of the community are working to find the source to this abundance of Blue-Green Algae … you can trust For 4 to keep you updated.