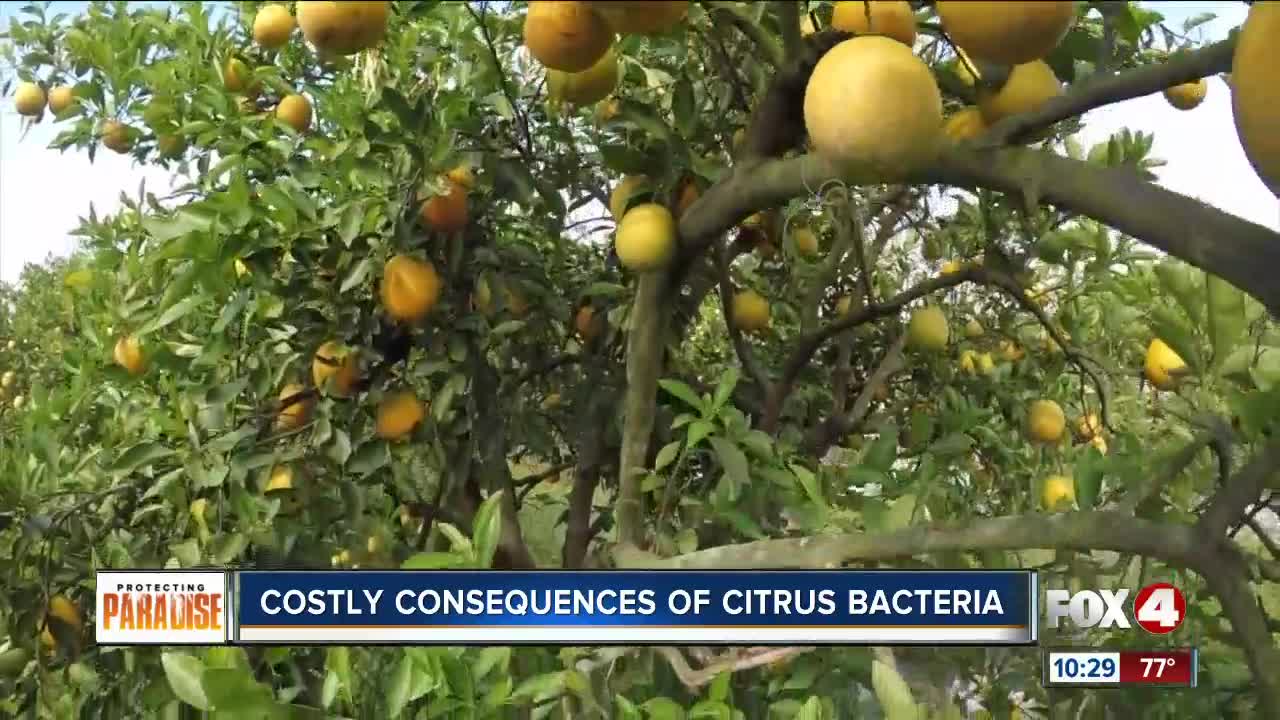 Florida's orange groves are being attacked by a microscopic assassin.

It's a deadly bacteria carried inside a small insect called the Asian Citrus Psyllid. The bug and its cargo, a bacteria called Huanglongbing, likely hitched a ride on a freighter from Asia that docked two decades ago or more in Miami.

From there it found its way inland to feast on the citrus trees Florida is famous for. And because of the bacteria it carries the Florida Department of Citrus Says half of the states orange groves have now been wiped out.

Grower Paul Meador, who's family has been growing oranges for four generations, says the risk is enormous. We recently walked with Paul through one of his orange groves just east of Naples.

Here's his dilemma: For growers it takes several years for a tree to start making money. But because of this deadly bacteria, which cuts off the flow of nutrients from bark to branch, some trees don't even last a year. That means all the money invested in growing the tree is lost.

Oranges are big business in the state. Aside from Brazil, Florida produces more oranges than any where else in the world. That's why eradicating this bacteria is so important. It's a $9 billion industry which employs 70,000 Floridians.

But this is two stories in one. The strategy to slow down the bacteria's progression could actually make things worse. Orange growers could soon receive permission to increase the amount of human antibiotics they spray on citrus trees -- according to the Center for Biological Diversity , an estimated 650,000 pounds. That's 50 times more than doctors use to treat patients in the U.S. every year. And that poses another problem.

According to Matthew Wellington from the Public Interest Research Group (PIRG), overuse of antibiotics can create antibiotic-resistant bacteria. So if you really get sick, you might not be able to be easily be cured.

She says doctors are trying to stay ahead of the curve, but the curve can be unpredictable and new and dangerous bacteria could rise up that we, so far, have not developed an antibiotic for.

Back among the orange groves, Paul Meador is focused on the 'now'. His family has been able to weather the storm, but he sees smaller growers giving up, and orange prices going up.

For him it's personal. His family legacy is at stake as he watches the trees he knows so well slowly die.