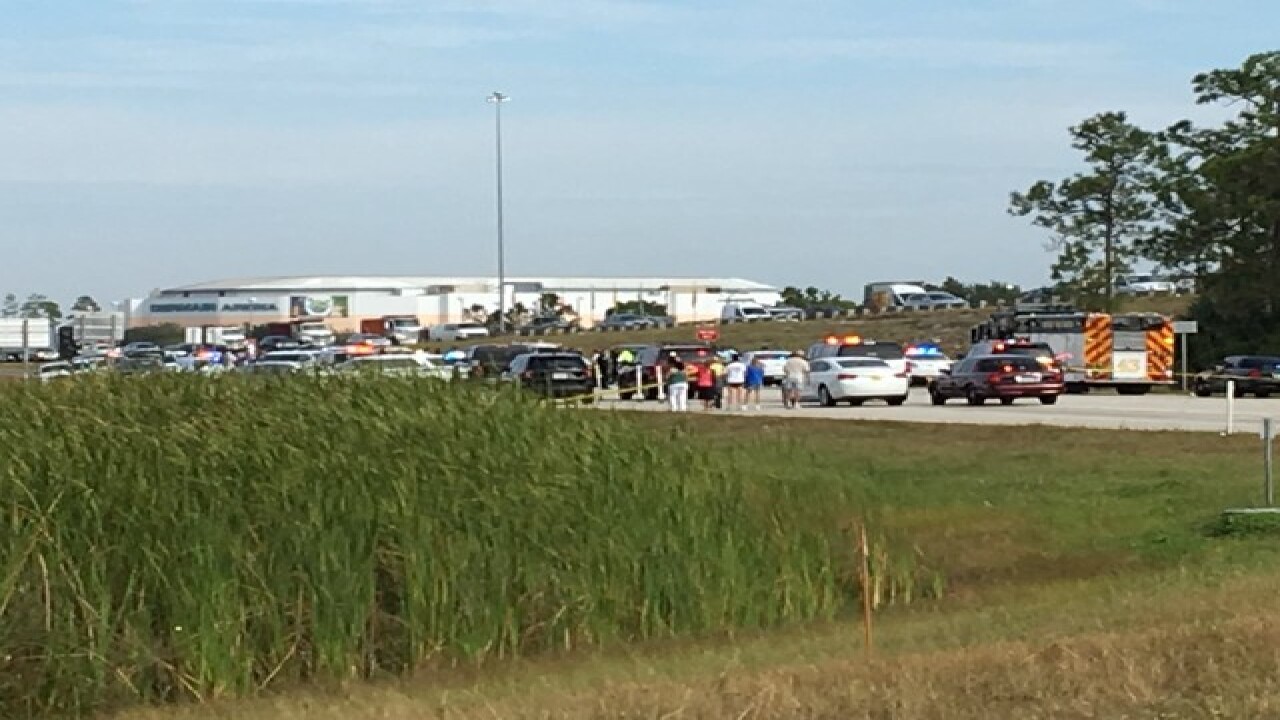 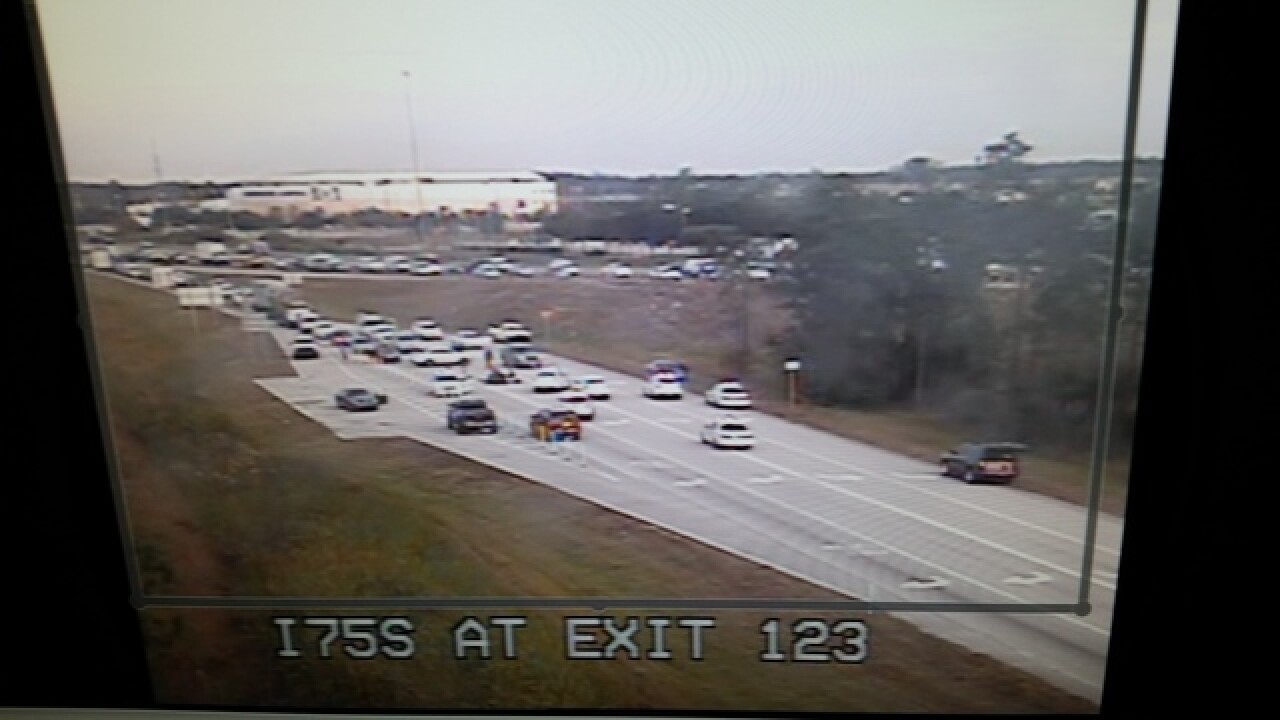 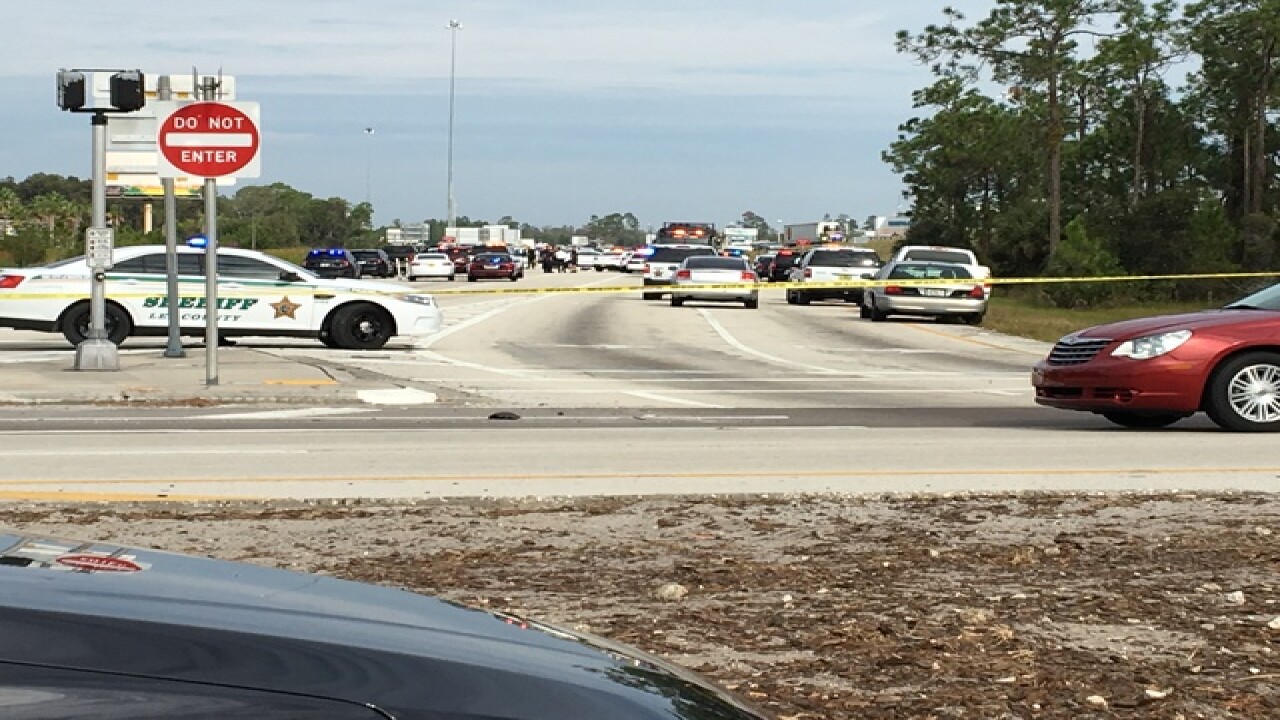 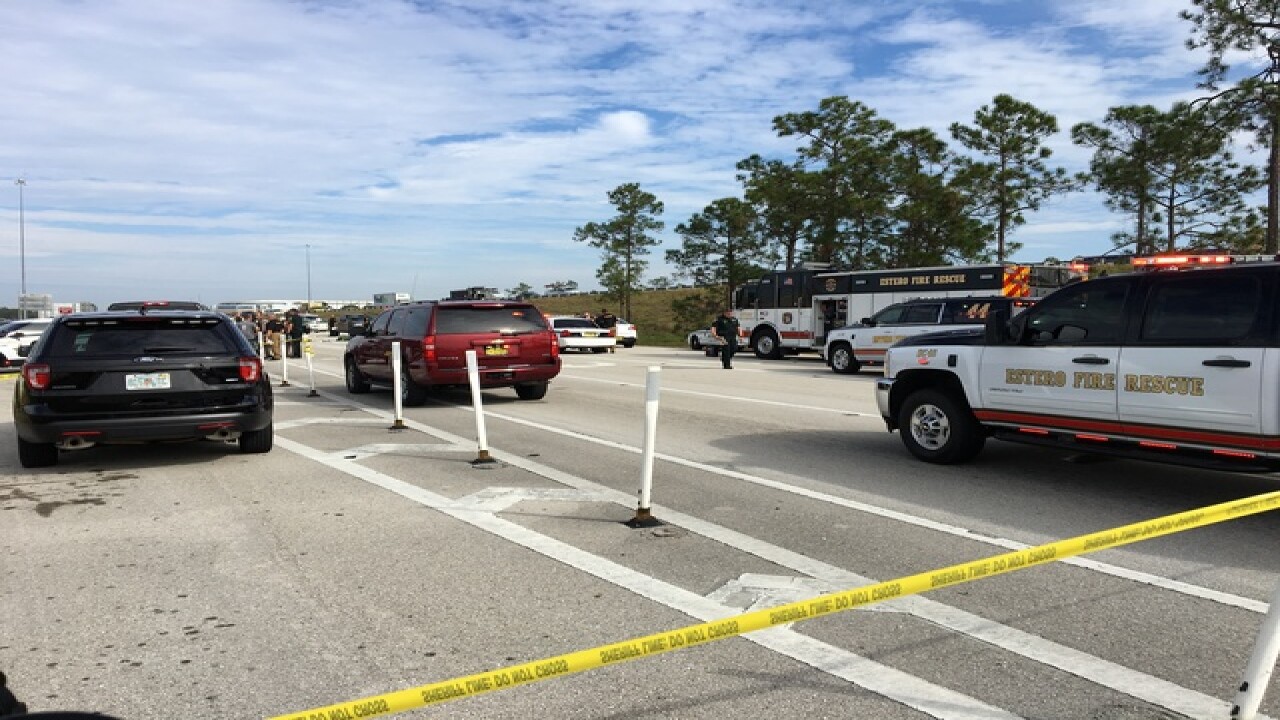 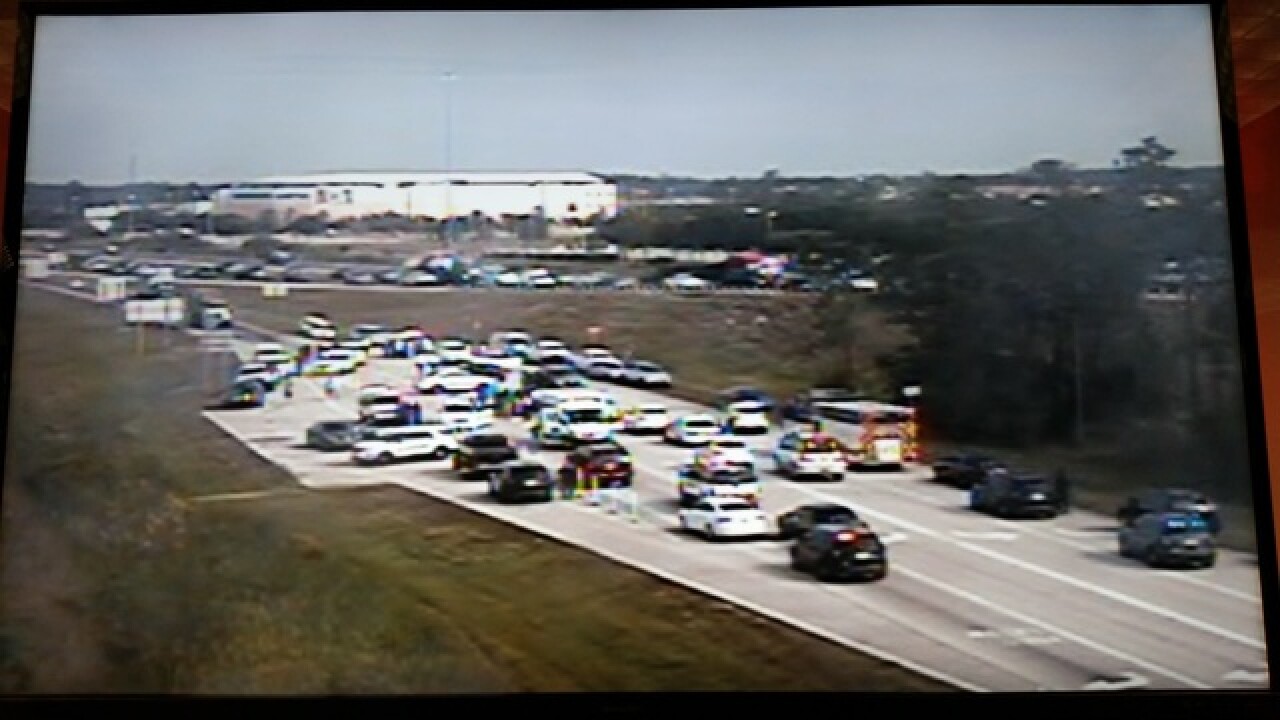 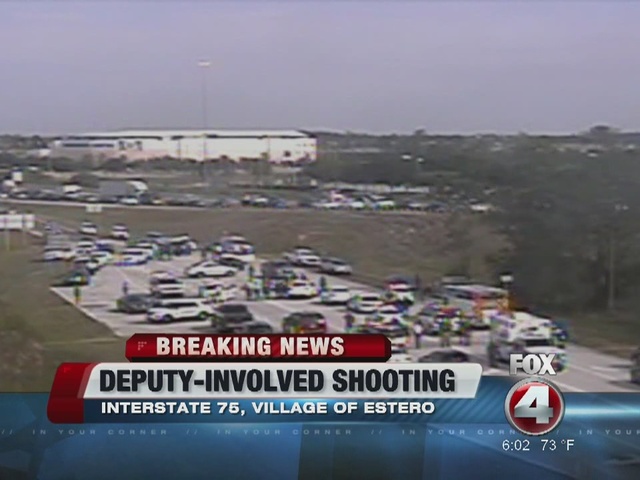 **UPDATE** (2:30PM) -- The scheduled 3pm press conference to discuss details of this morning's fatal shooting on the I-75 off ramp has been cancelled.

Fox 4 continues to work to get the latest updates on this developing story.

The southbound off ramp at Corkscrew Road will remain closed until approximately 9 p.m. Monday, according to FHP.

All other lanes in the area remain open.

**UPDATE (11AM)** -- The Lee County Sheriff's Office has confirmed that the suspect in this morning's shooting incident on I-75 is dead.  The officer involved was taken to the hospital with injuries, but is expected to recover.

Alternate routes are Three Oaks Parkway and U.S. 41 for north/south travel.  Drivers can exit at Alico Road exit (#128) and turn right to get to Three Oaks.

LEE COUNTY, Fla. -- Numerous law enforcement units are on the scene in Estero for a crime scene that's closed parts of Interstate 75 south.

Traffic cameras show roadblock in the southbound off ramp for Exit 123, Corkscrew Road.  Southbound travel lanes of the interstate are open, but moving slowly.

A trauma alert is being called to the scene after reports of a man with three gunshot wounds.

Fox 4 has a crew headed to the scene and will update as we learn more in this developing story.