Trump calls the European Union a 'foe' of the United States 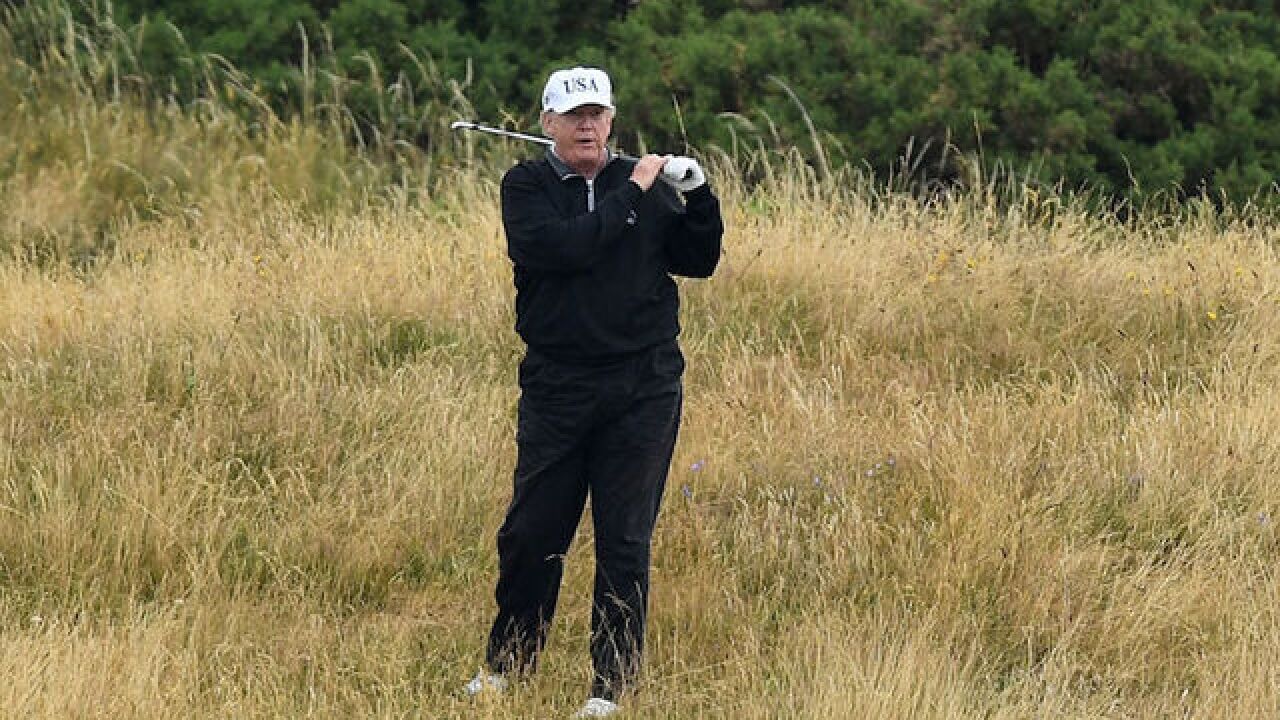 Image copyright 2018 Getty Images. All rights reserved. This material may not be published, broadcast, rewritten, or redistributed.
Leon Neal
<p>U.S. President Donald Trump plays a round of golf at Trump Turnberry Luxury Collection Resort during the U.S. President's first official visit to the United Kingdom on July 15, 2018 in Turnberry, Scotland. The President of the United States and First Lady, Melania Trump on their first official visit to the UK after yesterday's meetings with the Prime Minister and the Queen is in Scotland for private weekend stay at his Turnberry. </p>

President Donald Trump named the European Union, Russia and China as foes to the United States during an interview at his golf club in Scotland.

"I think we have a lot of foes," Trump told CBS News in an interview segment that aired Sunday on "Face the Nation." "I think the European Union is a foe, what they do to us in trade. Now you wouldn't think of the European Union, but they're a foe."

Pressed as to why he first listed the EU as a foe, Trump responded, "No, I look at them all. Look, EU is very difficult. ... In a trade sense, they've really taken advantage of us and many of those countries are in NATO and they weren't paying their bills(.)"

The President has spent the past week touring Europe, taking part in a NATO summit in Brussels, Belgium, and later visiting Britain. Trump will take part in a one-on-one summit with Russian President Vladimir Putin in Helsinki, Finland, on Monday.