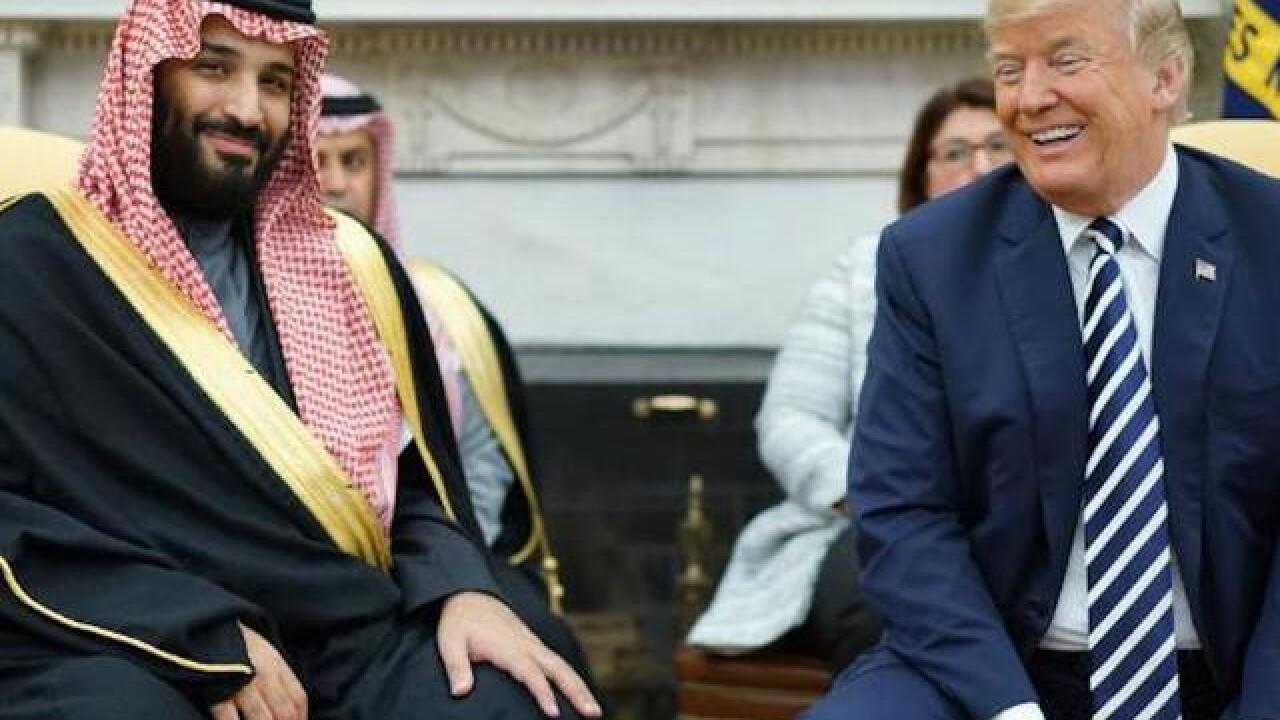 The chairman of the Senate Foreign Relations Committee, Tennessee Republican Sen. Bob Corker, tweeted Tuesday, "I never thought I'd see the day a White House would moonlight as a public relations firm for the Crown Prince of Saudi Arabia."

The criticism follows an official statement the White House released Tuesday, under the subject line "Statement from President Donald J. Trump on Standing with Saudi Arabia."

"Our intelligence agencies continue to assess all information, but it could very well be that the Crown Prince had knowledge of this tragic event -- maybe he did and maybe he didn't!" Trump writes.

The President continues, "we may never know all of the facts surrounding the murder of Mr. Jamal Khashoggi," and said, "In any case, our relationship is with the Kingdom of Saudi Arabia. They have been a great ally in our very important fight against Iran."

Khashoggi, a Saudi journalist and Virginia resident, was killed last month at a Saudi consulate in Turkey. He was a frequent critic of the Saudi regime. The Saudis initially denied any knowledge of his death, but then later said a group of rogue operators were responsible for his killing. But US officials have speculated that such a mission -- including the 15 men sent from Riyadh, Saudi Arabia, to murder him -- could not have been carried out without the authorization of Saudi leader Crown Prince Mohammed bin Salman.

Later in the day at a news conference, Trump said he was "not going to destroy the economy of our country" over Khashoggi's death by giving up arms deals to Saudi Arabia.

South Carolina Republican Sen. Lindsey Graham wrote in a series of tweets Tuesday, "One thing I learned during the Obama years is that when you look the other way regarding problems in the Middle East, it seldom works out."

Graham said former President Barack Obama "chose to look the other way as Iran took increasingly provocative actions," and said, "Each time it led to even worse Iranian behavior and created even larger problems for the future."

"Likewise, it is not in our national security interests to look the other way when it comes to the brutal murder of Mr. Jamal #Khashoggi," Graham continued.

After Saudi Arabia admitted that Khashoggi had been killed in its Istanbul consulate, five high-ranking officials were dismissed, including bin Salman's media chief and the deputy head of the Saudi intelligence service.

Kentucky Republican Sen. Rand Paul, a member of the Senate Foreign Relations Committee, voiced his disagreement with the President, and tweeted, "The President indicates that Saudi Arabia is the lesser two evils compared to Iran and so the US won't punish Saudi Arabia for the brutal killing and dismemberment of a dissident journalist in their consulate."

"We should, at the very least, NOT reward Saudi Arabia with our sophisticated armaments that they in turn use to bomb civilians," Paul continued.

He also said of the statement released today by the President, "I'm pretty sure this statement is Saudi Arabia First, not America First," and speculated that national security adviser John Bolton wrote the statement.

Paul said he would "continue to press for legislation to stop the Saudi arms sales and the war in Yemen."

"We must subject the perpetrators of this outrage to withering sanction," Romney continued.

Corker and ranking Foreign Relations Committee member Sen. Bob Menendez, a New Jersey Democrat, sent a letter to the President on Tuesday calling for him to officially determine whether the crown prince was directly involved in Khashoggi's murder.

"In light of recent developments, including the Saudi government's acknowledgment that Saudi officials killed Mr. Khashoggi in its Istanbul consulate," the letter reads, "we request that your determination specifically address whether Crown Prince Mohamed bin Salman is responsible for Mr. Khashoggi's murder."