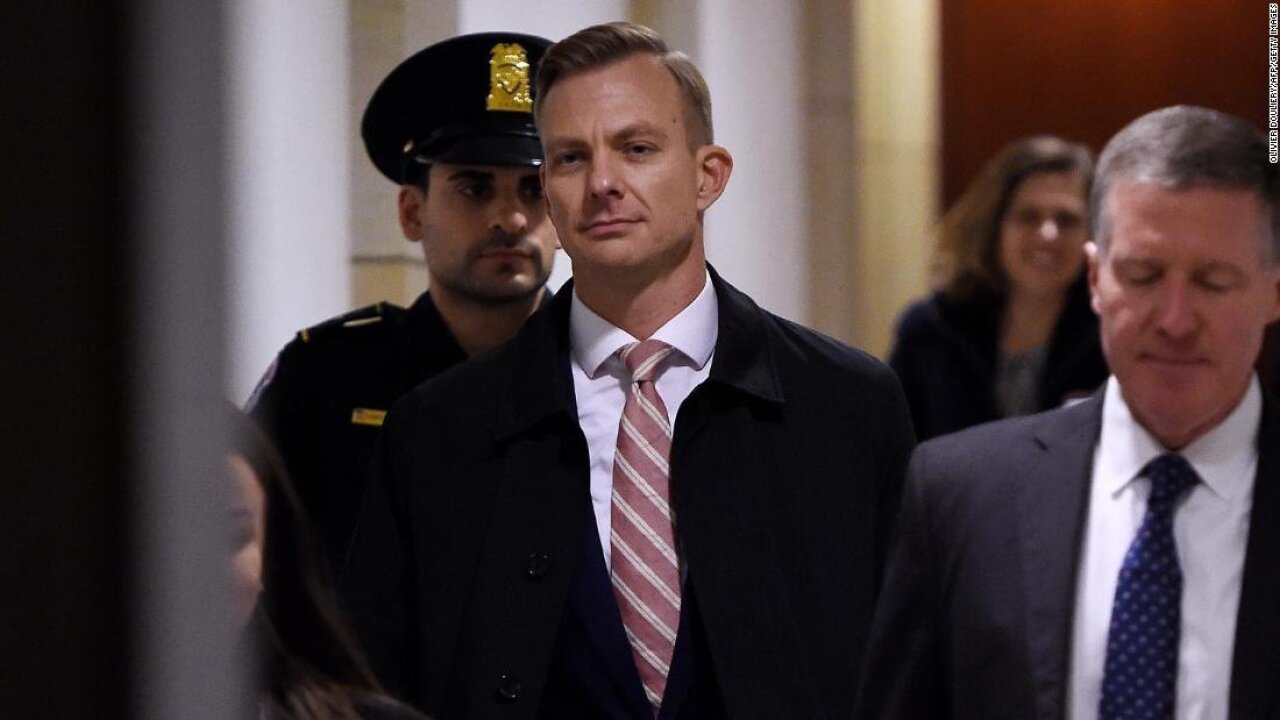 US Ambassador to the European Union Gordon Sondland told President Donald Trump that Ukrainian President Volodymyr Zelensky "loves your ass" and that Ukraine was going to move forward with the investigation Trump had asked Zelensky for a day earlier, according to new testimony from a US official in Kiev who overheard the phone conversation.

David Holmes told lawmakers in a closed-door impeachment inquiry Friday that Sondland had told Trump the Ukrainian President would do "anything you ask him to" and that Sondland had confirmed the Ukrainians were going to "do the investigation," one day after Trump has asked Zelensky to investigate former Vice President Joe Biden, according to a copy of Holmes' opening statement obtained by CNN .

Holmes' statement confirmed the testimony from Bill Taylor , the top US diplomat in Ukraine, who revealed the July 26 phone call with lawmakers at his public testimony Wednesday, saying Holmes had informed Taylor about it after he first appeared on Capitol Hill behind closed doors last month. Holmes' testimony places Trump closer to the push for Ukraine to open an investigation into his political rival, and raises additional questions about the testimony of Sondland, who is scheduled to testify publicly next week.

"Sondland told Trump that Zelensky 'loves your ass,'" Holmes said, according to a copy of his opening statement. "I then heard President Trump ask, 'So, he's gonna do the investigation?' Ambassador Sondland replied that 'he's gonna do it,' adding that President Zelensky will do 'anything you ask him to.'"

Holmes explained that Sondland had placed the call to Trump, and he could hear Trump because the call was so loud in the restaurant where they were with two others.

"Even though I did not take notes of those statements, I have a clear recollection that these statements were made," he added.

Holmes also confirmed Taylor's testimony about the President's thoughts on Ukraine, saying he had asked Sondland "if it was true that the President did not 'give a s--- about Ukraine."

Holmes said Sondland had responded that Trump cares only about "big stuff." When Holmes said that the Ukraine war was big, Sondland responded, " 'Big stuff' that benefits the President, like the Biden investigation that Mr. Giuliani was pushing," Holmes said.

On the call, Sondland also talked to Trump about the US rapper who had been arrested in Sweden, ASAP Rocky, telling Trump that Sweden "should have released him on your word," and later adding that Trump could "tell the Kardashians you tried."