'Into the Wild' bus will be displayed at Alaska museum 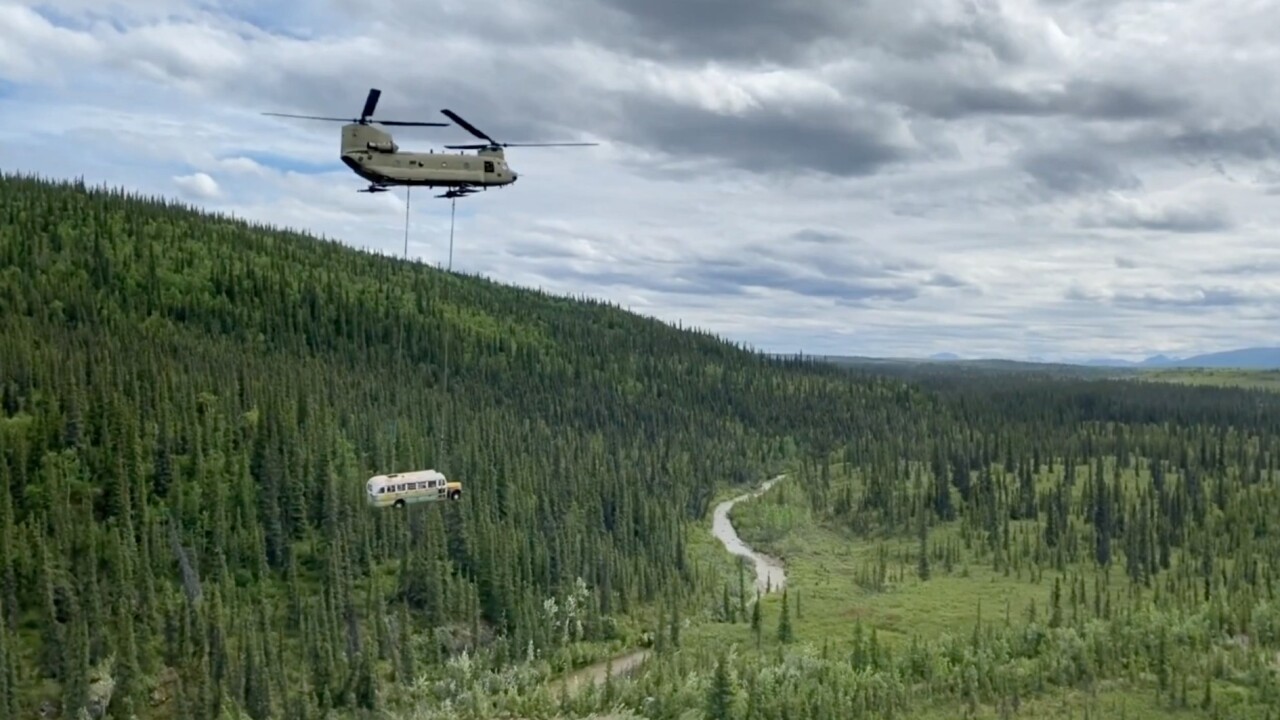 HEALY, Alaska – The book and movie “Into the Wild” profiled Christopher McCandless, a young man who left his family to connect with nature in Alaska in the 1990s.

The old bus he lived in before he died has attracted sightseers that have risked their lives to see it in a remote area. Soon, anyone will be able to see it without a dangerous hike.

“Maybe not everybody would have done exactly what he did, but the fact that he did that is very attractive in the hearts of a lot of different people,” said Patrick Drunkenmiller, Director of the University of Alaska Museum of the North.

Drunkenmiller says the state is far too familiar with McCandless’ story.

McCandless hiked his way through the interior to live off the land. That’s when he found the bus, Fairbanks Bus 142, and used it as shelter for 114 days, according to Alaska historian Angela Linn.

McCandless died after not being able to cross back through a river. He ate a poisonous plant and died in the bus after leaving a farewell letter. Decades later, people from all over the world have traveled to Alaska to find Bus 142.

“So, sure, people thought let’s go check this out, unfortunately the Teklanika River was the same barrier to many of those visitors as Christopher McCandless for trying to leave,” said Drunkenmiller.

“Unfortunately, two people died, lots of other people had to be rescued, because they weren’t prepared to either go across one way or come back the other way,” said Linn.

With countless rescues and two deaths, the most recent one last year, the state finally decided to remove the bus in June.

“A lot of people have a lot of strong feelings about DNR removing the bus from that location. They felt like it acted as a symbol of that place and that story and that feeling, that emotion that he was trying to connect with," sid Linn.

“The owners of the bus, the Alaska Department of Natural Resources, said enough is enough, this is a real menace to public safety,” said Drunkenmiller.

The famous bus is now at an undisclosed location. It’s in the process of making its way to its new home, the University of Alaska’s museum.

While McCandless’ story can be considered a controversial, it is a storied part of Alaska’s history.

“This is part of the craziness that is Alaska, this wildness of Alaska, that 20 miles off the highway, that this kind of thing can happen,” said Linn.