In one of New York’s busiest subway stations, you’ll find this 'grammar guru’ 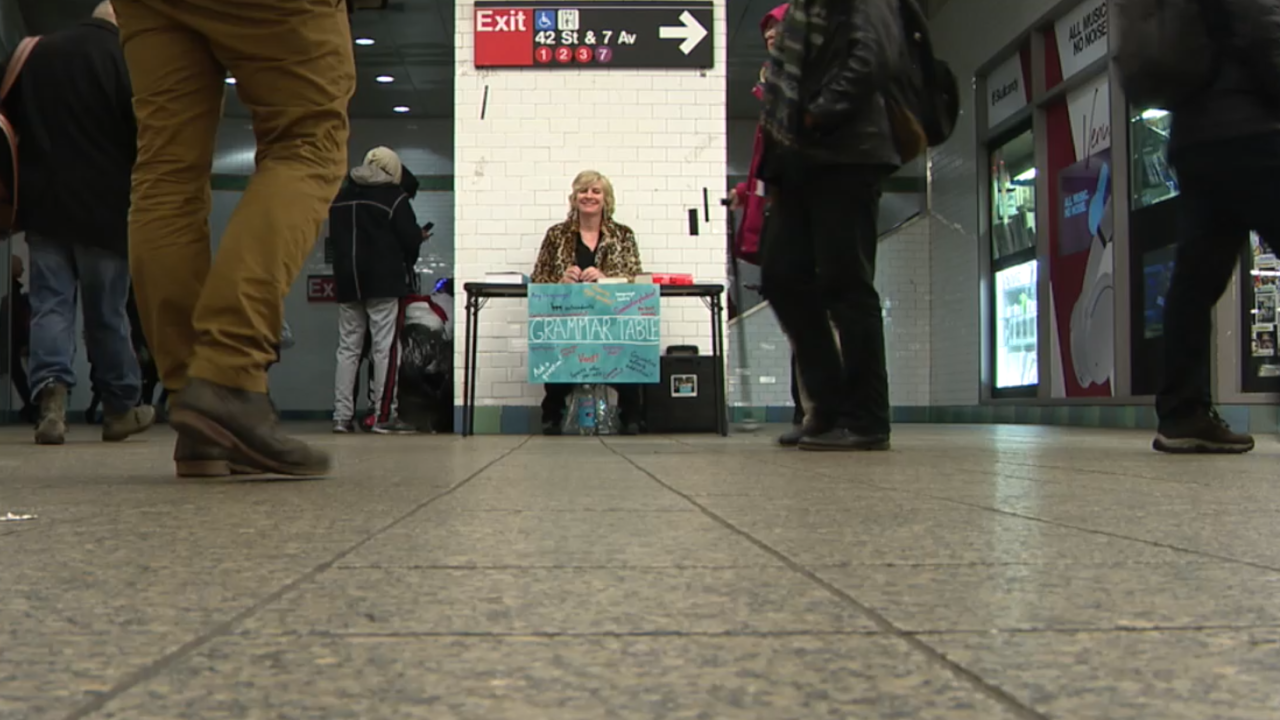 In one of the busiest subway stations in New York—amidst the bell ringers, toy salesmen, and those espousing religious beliefs—sits a woman wearing a leopard print coat and a smile, hoping to get the attention of people in her own, subdued way.

She has a sign that reads, “Welcome to Grammar Table.”

"Conjugating verbs is a good time for me," Jovin says.

She had always found herself posting interesting, grammar-related articles on Facebook. Then, she had an idea.

"Being on the computer too much makes you grumpy, and it's not good for overall life happiness, so I decided that I should take it to the streets,” Jovin says. “So, I’m doing what I did online, here."

Jovin’s obsession with language is rooted in something really quite simple.

"Language is connected to who we are as human beings, how we relate to one another, what ties us together,” she says.

What surprises her most about interactions with people?

“The warm fuzzy feeling I get from it,” Jovin says. “Because sometimes the conversations are so moving I almost feel like I might cry. See, I just used like as a conjunction right there.”

She says she gets the occasional funny looks, but a lot of people love what Jovin is doing.

It's these kinds of discussions that Jovin says now, in divided times, we should all be having more of, because good grammar is something we can all get behind.

"And people are happy to bond over something that they have in common, as opposed to focus on what tears them apart."