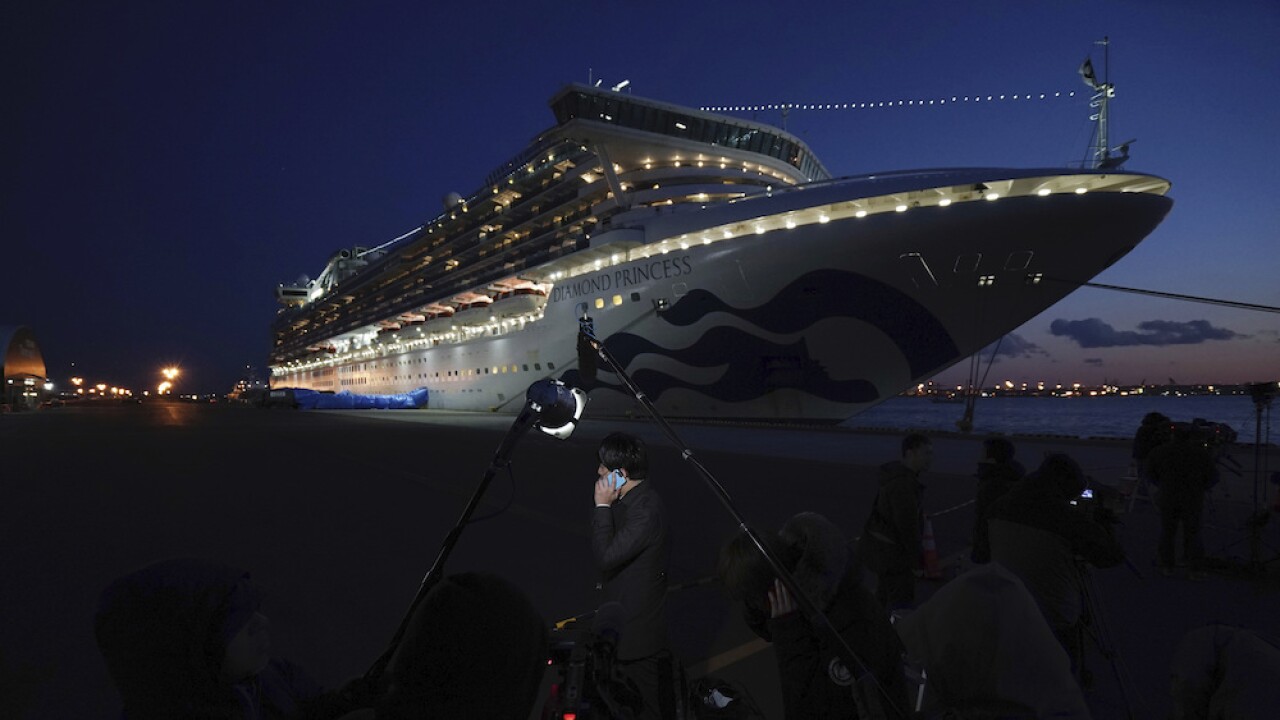 YOKOHAMA, Japan (AP) — Daily life on the cruise ship quarantined off a Japanese port can include fear, excitement and soul-crushing boredom.

Passengers on the ship describe cramped rooms and boring food in interviews with The Associated Press and on social media posts. A passenger who caught the worrisome virus initially felt terror but then described surprisingly mild symptoms.

With the number of illnesses growing, there's a nagging doubt that quarantining the ship's hundreds of passengers and crew in tight quarters might spread the viral disease more. And for the hundreds of crew members confined to the ship, there's a difficult job to be done.